Words, and Birds, In the Air

Words, and Birds, In the Air

Flight Identification of European Passerines and Select Landbirds: An Illustrated and Photographic Guide, by Tomasz Cofta 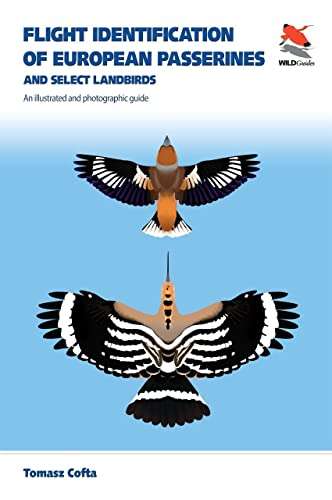 The first hint for many of us that something was going on was a throwaway line in Chandler S. Robbins’s Golden Guide, “Watch for them [migrating parulids] flying within 500 feet of the treetops in early morning.” Watching, I found, was easy—but actually identifying passerines in the air posed a significant challenge. I could recognize the quivering flight of the Eastern Kingbird, the cheerful bounce of goldfinches and siskins, and the Red-bellied Woodpecker’s lavish swoop. But warblers? Sparrows? Catharus thrushes?

Since first reading Robbins’s admonition, I’ve dedicated a fair bit of time to learning to identify little birds in flight. Inspired by essays like Jack Connor’s Season at the Point, informed by such precious resources as Bill Evans and Michael O’Brien’s Flight Calls CD, and the perfect little flying birds in the Sibley guide, I’ve made progress. I’ve also come to comfortable terms with the fact that I will never be nearly as good at it as lots of other birders are.

But I might have been, perhaps, if I’d had this book when I was a young birder.

Not that a kid in southeast Nebraska would have been particularly likely to encounter many of the species Tomasz Cofta treats here. The Old World and the New share a great many birds near the front of the field guides, but far fewer passerines and near-passerines range across North America and Eurasia; of the 237 species included here, only eight or nine also occur as native breeders in the U.S. and Canada.

That may sound discouraging, but the real value of this book is not in its content, rich as it is for birders in Europe. Instead, for American birders and for birders anywhere in the world, Flight Identification is indispensable not so much for what it says as for how it says it. Cofta devotes 22 pages to a comprehensive illustrated lexicon for the description of birds in flight. No matter which birds you are watching and no matter where you are watching them, having a set of precisely defined terms at hand is a powerful way both to analyze and to fix in memory the flight habits of any species. Consciously verbalizing our perceptions clarifies our thoughts, turning a momentary impression into knowledge, knowledge that can be retained, refined, and, above all, communicated.

The merits of Cofta’s approach are immediately obvious to anyone who has ever tried—and failed—to help a new birder see a flying bird as a more experienced observer might.

Rather than flapping our arms and hunching our shoulders, we can use Cofta’s terms to describe the flight of a European Starling as “laborious, energetic, direct, fast”, with the “F-wave long, almost flat” and “in non-flapping intervals wings never folded fully, carpal joints protruding to side. . . .” There is more, including verbal assessments of the starling’s size, shape, and flocking behavior. Some of the terms Cofta employs are more or less intuitive (“body stocky, short-necked”), while others (“F-wave”, flocks “markedly extended transversely”) require occasional reference to the introductory matter. But once learned, they all make sense, both the terms and the phenomena they describe.

In most cases, the verbal analyses of each species take up a third to a half of a verso page with the rest of it occupied by Cofta’s marvelously stylized paintings of birds in flight. Some species, like the European Starling, are given as many as six portraits, showing the bird from above and below and the side, wings folded and wings spread. I find these pictures, beautifully reproduced against a background of sky-blue, attractive, but even readers who do not will recognize in them a rich supplement to their store of mental images.

The facing page in each species account supplements the paintings with often a dozen or more photographs. Some of these photos are set in neat grids, others form an almost Crossleyesque assemblage of different postures at different distances. For some particularly similar species—certain Sylvia warblers, for example, or larks, or the “throated” thrushes—the design is modified to present the photos on a single opening, permitting direct comparison without flipping pages. These photographs repay careful study, even, or perhaps especially, the blurry ones of birds at a distance: it is often easier to fix an impression in mind from those than from images where all the classic “field marks” are crisp and clean and distracting.

The truly skilled identifiers of birds in flight rely only in part on visuals; at least as important are the calls uttered (often in nocturnal migration) by birds overhead. For those with the right equipment, physiological or mechanical, this remains one of the most exciting frontiers in bird identification, with discoveries to be made around every corner. For those species in which flight calls are known, Cofta provides adjective-rich descriptions and transcriptions along with large, easily read sonograms. A single barcode in the introduction leads smartphone users to a continually updated set of reference recordings comprising nearly all of the species’ flight calls. This is certainly more convenient than the approach taken in Dick de Vos and Sam Gobin’s Veldgids Vogeltrek (2019), which simply encourages the reader to purchase the BirdSounds Europe app, but it’s less immediately helpful in this respect than Wolfgang Fiedler et al.’s Die Vögel Mitteleuropas im Flug bestimmen (2018), in which each species has its own barcode.

The mention of those two titles, one Dutch and the other German, is a reminder that Cofta’s book is just one of a spate of similar works that have appeared in the past three or four years in Europe. (I have not seen, or rather I have not heard, Stanislas Wroza’s Identifier les oiseaux migrateurs par le son [2020], but the early reviews suggest that it does not rise to the level of the others.) Both the Dutch and the German books treat all the migratory birds regularly found in their area of coverage; as a result, neither has the physical space to treat any single group with nearly the same thoroughness Cofta is able to dedicate to his passerines and near-passerines. Their texts and images alike are necessarily scanty, a circumstance made only more conspicuous by the other two books’ much smaller physical size.

Tomasz Cofta’s Flight Identification is hands down the best guide to its subject, particularly for those birding in Europe, but also for any birder anywhere willing to take its principles to heart and apply them to their local avifauna. Let’s hope it quickly inspires imitation on our side of the Atlantic. 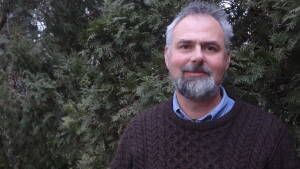 Rick Wright leads Birds and Art tours in Europe and the Americas for Victor Emanuel Nature Tours. A widely published writer and sought-after lecturer, he is the author most recently of the Peterson Reference Guide to Sparrows of North America and the former Book and Media Review Editor for Birding magazine. Rick lives in Bloomfield, New Jersey, with his wife, Alison Beringer.