The Fascinating and Often Shocking Breeding Life of Birds

The Fascinating and Often Shocking Breeding Life of Birds

A review by Joan Roughgarden

Bird Love: The Family Life of Birds, by Wenfei Tong 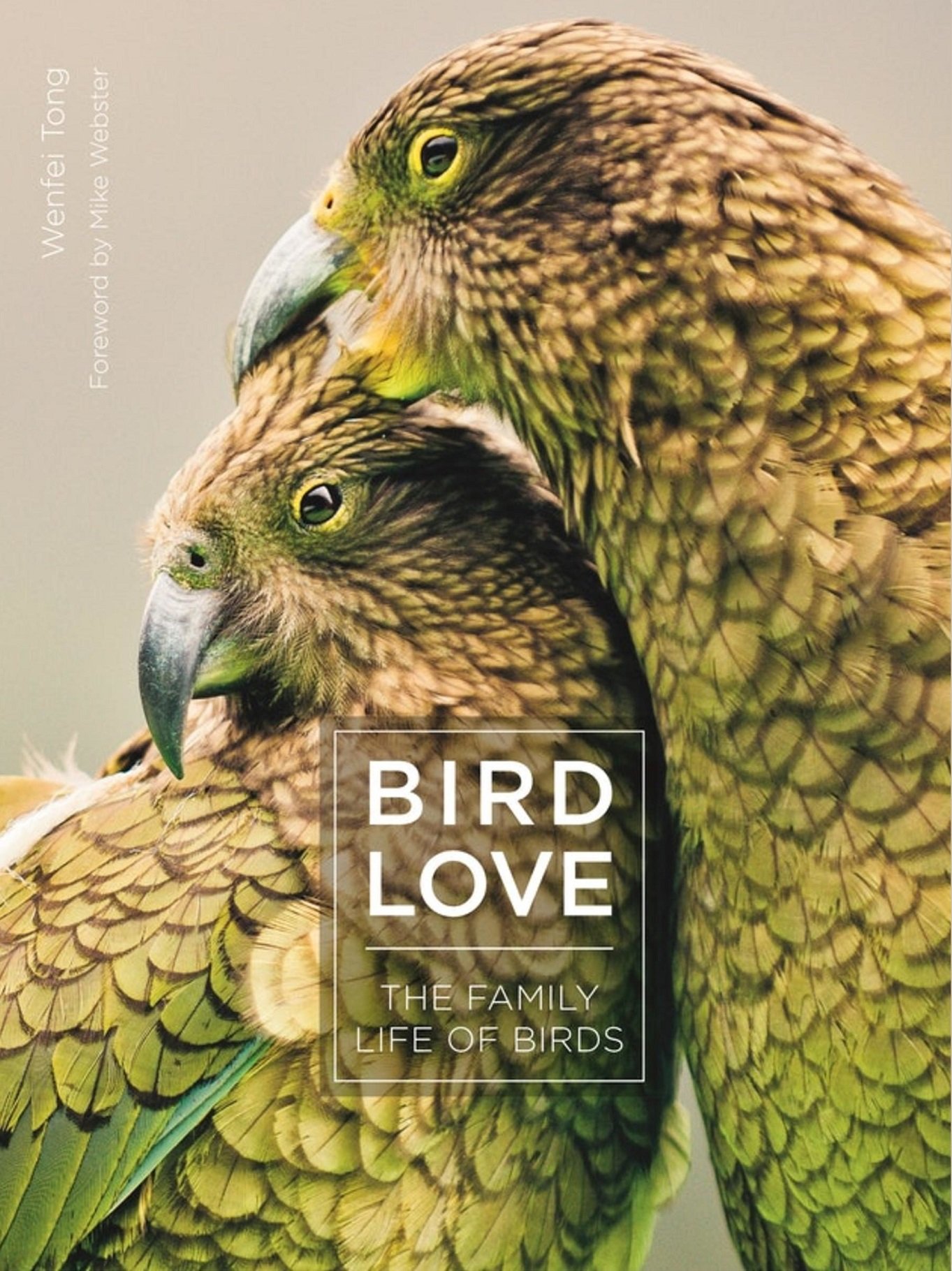 Wenfei Tong presents a contemporary overview of diversity in the family life of birds. Other than Darwin’s manifesto of 1874, The Descent of Man and Selection in Relation to Sex, only David Lack’s Ecological Adaptations for Breeding in Birds from 1968 offers comparable coverage. To these might be added Bruce Bagemihl’s Biological Exuberance: Animal Homosexuality and Natural Diversity, published in 1999, which surveys certain additional examples of courtship and family life in birds and mammals.

Weifei Tong was an undergraduate at Princeton University, receiving a degree in ecology and evolution, then receiving a PhD in biology from Harvard University, culminating in postdoctoral research at Cambridge University where she studied avian brood parasites. In addition to her research, she writes popular science articles and serves as a lecturer for Lindblad Expeditions. Also, Mike Webster, a consultant editor and professor of ornithology at Cornell University, contributed a Forward to the book. Chapters cover ecology and mating systems, courtship, nests and eggs, raising chicks, sex role reversal, group breeding, and brood parasitism.

In his Forward, Webster writes:

Our swallows are the very picture of a cooperative, monogamous and loving family. Yet, as a behavioral biologist, I know that lying beneath that cooperation is a lot of complexity, competition, and conflict. The male courts his mate with song and showy plumage, but he also courts and copulates with the mates of other males, and his own mate will likely copulate with `extra-pair’ males herself. (p. 6)

In her Introduction, Tong writes, “Bird family life can look rosy, from the long-term pair-bonds of parrots and albatrosses to the many species in which both sexes, and sometimes an extended family, share parental care duties. However, nature is amoral and a darker side, including sexual conflict, infanticide, and siblicide, is equally common” (p. 8). Thereafter, the chapters deconstruct any possible picture of avian family life that might figure in a Disney production. A movie featuring Tong’s account would be classified as adult-only because of excessive violence. But along the way, Tong brings us wonderful photographs of birds from around the world that illustrate some of the breadth of avian family organization.

Since the time of Darwin and Lack, the popular narrative in behavioral ecology has been to attribute differences in the sex roles of males and females ultimately to a difference in their gamete sizes.  Accordingly, Tong writes in her Introduction that “[t]he female reproductive strategy, with large-investment eggs, is quality over quantity, whereas the male strategy is typically the reverse” because “sperm are individually cheaper than eggs” (p. 10). Continuing, she writes, “The investment asymmetry from the time eggs and sperm are made often leads to larger differences later in birds’ reproductive life” (p. 10).  In particular, “in most bird mating markets, females are the buyers and males must advertise” (p. 10).

Other investigators going back to Darwin have questioned a connection between gamete size and sex role, noting that the cumulative ejaculate size and other mating costs in males is commensurate with egg size in females even though an individual sperm is much smaller than an egg. Darwin wrote “[o]n the whole, the expenditure of matter and force by the two sexes is probably nearly equal” (p. 233). Darwin interpreted differing gamete sizes in terms of different strategies of mobility (p. 230-231)—if the task is for two potential mates (or gametes) to find each other, then one should remain stationary while the other searches, a strategy even we humans should employ when we become separated from our partner in a crowd.

Of relevance then to a possible connection between gamete size and sex role is Tong’s discussion in Chapter 5 of the many avian species with sex-role reversal such as phalaropes, Black Coucals, and jacanas in which the males are the buyer and the females must advertise. Tong concludes that “we still lack a unifying explanation for sex role reversals” (p. 122). Even Lack found the phenomenon puzzling when he wrote: “Why in any species a reversal of the sex roles would be advantageous is not known” (p. 153).

Instead, the conclusion to be drawn is that the premise of gamete size explaining sex role is itself false—it is contradicted by the data. Indeed, the males of phalaropes, Black Coucals, and jacanas all make tiny sperm—that is why they are called males, and yet they still assume what has been considered the female sex role despite their small gametes. As a result, males and females both wind up having approximately the same net investments in their offspring, contrary to the false gamete-size/sex-role premise.

A way forward is to return to Lack who notes (p. 148) as does Tong (p. 23) that over 90% of nidicolous birds and 80% of nidifugous birds are monogamous. Lack did not know how widespread extra-pair mating is and thought that monogamy implied both social and genetic monogamy. These have different purposes, however. Social monogamy is one possible economic arrangement for how to divide the labor of raising chicks. Genetic monogamy is one possible arrangement for how to distribute paternity.

Departures from genetic monogamy need not indicate cheating or deceit. Indeed, in Razorbills the extra-pair matings occur out in the open witnessed by the pair male. Extra pair matings represent a spreading-the-risk strategy whereby a pair raises a clutch that includes some extra-pair offspring while other pairs raise clutches that include their offspring. Thus, the decoupling of economic and genetic monogamy makes perfect sense without requiring narratives of cheating, deceit, and cuckoldry. In general, family life need not be the passive outcome of conflicts because kin selection, family selection, and other forms of multilevel selection promote cooperation beyond what can be realized by a collection of individual fitness maximizers.

Because of the peacock’s popularity in Darwin’s theory of sexual selection (p. 214-251), a recurring theme in avian biology has been the interpretation of male displays as advertisements of genetic quality. However, Lack notes (p. 148) that “[m]onogamy, in birds and men, tends to be dressed in drab colours, but it is far more frequent than the exotic alternatives.” If colorful plumage, ornaments, and exotic displays in birds really did indicate male genetic quality, then it is puzzling why 10% of avian species have males whose variation in genetic quality requires such exotic advertising whereas the remaining 90% are content with their lack of style. The hierarchy of male genetic quality is a myth. According to what geneticists term the “paradox of the lek,” if, hypothetically, a hierarchy of male genetic quality did exist, and if females did prefer males who had the higher quality, then after a few generations, female choice would select out the bad genes, leaving only males with good genes. To sustain further female choice for male genetic quality, some unknown source of mutation would need to replenish the supply of bad genes in males so that females would have something to continue selecting for.

Instead, Lack (p. 158) endorses Huxley’s 1938 summary of the function of secondary sexual characters as: (i) threat displays to same-sex rivals, (ii) sex recognition prior to mating, (iii) psycho-physiological stimulation for mating, and (iv) mutual and bond-forming displays. These venerable suggestions make more sense than supposing that males possess a hierarchy of genetic quality that females are anxious to discern.

Tong notes (p. 26) that Blue Tit chicks sired by extra-pair males survive better than their half siblings, that extra-pair Bluethroat chicks have stronger immune systems, and that Savannah Sparrows and Reed Bunting chicks sired by extra-pair males are healthier. But Tong also allows that no extra-pair paternity benefits could be detected in Darwin’s finches, Sand Martins, and Coal Tits. Indeed, meta-analysis of extra-pair paternity benefits has shown no consistent genetic benefit, which is consistent with the absence of male hierarchies in genetic quality. Rather, extra-pair matings are best interpreted as representing a distributed system of paternity to avoid a bird’s keeping all its eggs in one nest rather than as attempts by females to solicit genetic upgrades.

The title of the book being reviewed is Bird Love, and a reader might wonder where the love is, given the book’s preoccupation with deceit and cheating. Indeed, is love no more than a mirage, a misnomer for some behavior intended by one party to manipulate the other into furthering its fitness agenda?

Tong offers a photograph of Rockhopper Penguins (p. 33) and of Laysan Albatrosses (p. 92) engaged in “allopreening—using one’s bill to groom and caress another individual.” She adds that “[t]here is evidence from over 500 species that allopreening between mated pairs is more common in species where both parents raise the offspring, and couples that preen each other more have a higher chance of remaining together over the years” (p. 33).

Tong goes on to say that “[r]ates of allopreening have no bearing on the rate of sexual infidelity” (p. 33). That is to be expected because the allopreening relates to the economic function of monogamy—keeping the pair’s teamwork coordinated. What Tong refers to as infidelity relates to implementing the risk-spreading system of distributed paternity which is independent of the coordination needed to successfully provision chicks through teamwork.

The instance Tong gives of allopreening between the rockhoppers is presumed to be heterosexual and that between the albatrosses is labeled as homosexual. Moreover, Bagemihl assembled 177 pages of avian examples of homosexuality (p. 479–656). The element in common between heterosexual and homosexual allopreenings together with vocal duets, nuptial gifts, homosexual copulations, and other forms of social intimacy is the mutual exchange of pleasure. This is the proximal motivation for coordinated teamwork. The sensation, even the gratitude arising from the mutual exchange of pleasure and the shared memory of working successfully together, is what underlies avian teamwork. This is what might be identified as bird love.

Wenfei Tong’s new book, Bird Love: The Family Life of Birds, is important in bringing to popular attention some of the diversity in avian family organization and for placing that diversity in a contemporary explanatory framework. The book can then serve as a starting point for a critical examination of that framework. The book’s extensive and beautiful photographs document the majesty of bird family life, a contribution that will remain valuable long after academic theorists have moved on to other topics of debate. 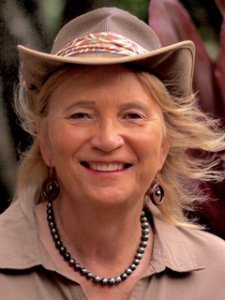 Joan Roughgarden taught at Stanford University from 1972 to 2011. Since 2012, she has been with the Hawaii Institute of Marine Biology. In addition to 190 papers, Joan has published nine books, including Evolution's Rainbow: Diversity, Gender, and Sexuality in Nature and People and the novel Ram-2050: A Ramayana Epic for the Future.