A review by Giff Beaton

Dragonflies and Damselflies: A Natural History, by Dennis Paulson 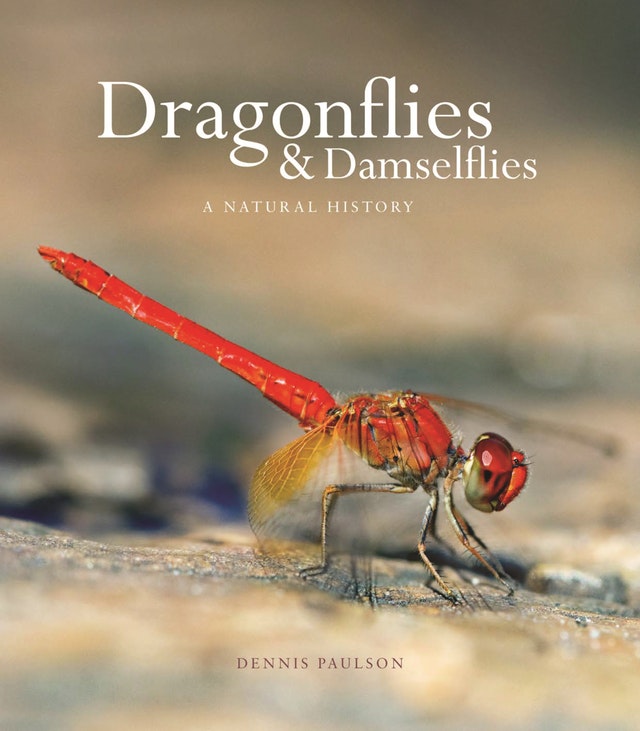 Many ABA members are already familiar with Dennis Paulson due to his 50+ years as a birder and author of field guides such as Shorebirds of the Pacific Northwest (University of Washington Press, 1993) and Shorebirds of North America: The Photographic Guide (Princeton University Press, 2005). However, many may not know he is also one of the world’s top odonatologists: an expert on the dragonflies and damselflies that make up the order Odonata. This review covers his latest book, Dragonflies and Damselflies: A Natural History.

Before discussing what this book is, first what it is not: It is not a field guide! If you want field guides, look for Dragonflies and Damselflies of the East (and West) of North America, also by Paulson and also published by Princeton, and also superb guides. The book that is the subject of this review is basically an introduction to the life histories of odonates, and an introduction to the world’s fauna of these amazing insects. Why a review in Birding? Because many birders, with their excellent optics and excellent cameras, are already looking at other beautiful and amazing creatures, not instead of, but in addition to, birds, and where better to start than with a book by a birder?

The book is organized into six chapters, covering every aspect of odonate biology, distribution, and evolution. Chapter One is titled “What Is a Dragonfly?” and details how to tell which insects are dragonflies and which are damselflies, how to tell them apart, and how to distinguish them from other similar insects. All the various parts of odonates are discussed in detail, how they work and what they do. It is a great primer on the group, and like the rest of this book, goes well beyond the brief life history section in field guides. Of particular interest to birders, who are likely at least partially drawn to birds by their fantastic colors, Paulson describes and explains the equally fantastic colors of odonates.

Chapter Two, “Capturing Prey and Avoiding Predators,” covers not only the fascinating behaviors in the chapter title but the superlative abilities that enable them. Odonate vision is among the best in the insect world, and in many ways the best in the world period. Humans see colors with three opsins (proteins to register red, green, and blue), and we think we have great color vision.

Odonates have eleven opsins, and can also “see” in the ultraviolet spectrum, and even detect polarized light! Their flight abilities are also amazing, with the ability to take off instantly, stop on a dime, hover, and turn abruptly; all are explained in this chapter. Last but not least, they can predict prey trajectories, and instead of merely pursuing they can run an intercept heading. Pretty powerful stuff, which might explain how they have been around for about 250 million years without changing the general odonate body plan very much.

Chapter Three covers “Reproduction,” yet another fascinating aspect of odonate biology. Most birders likely see most of their odonates at the water, which is where they are often most obvious, and it’s here that the reproductive behaviors are front and center. Paulson breaks down not only what behaviors can be seen, but why they are doing what they are doing, in a very readable and understandable manner. Odonates have evolved many interesting and even unique behaviors and body parts, and this chapter explains them all.

Chapter Four is “The Life Cycle,” which includes all the other aspects of odonate life history, from the tiniest dragonfly at just over a half an inch to the largest at almost five inches with a wingspan of almost seven inches. Many readers will not be aware that most of an odonate’s life is spent underwater as a larva, often for many years, and the adults that we see flying around are only the final and shortest portion of their lives. Some species have evolved to take advantage of ephemeral habitats like rainwater pools, and develop in just a month or two; others spend up to eight years as larvae. The larvae are critical parts of many if not most water ecosystems, both as prey and predator. There are many varied ways in which the larvae alternately hunt and hide, all discussed here. Once they become adults, odonates also act like birds in many ways, from converging en masse to great food sources to dramatic migrations.

Indeed, it turns out that those odonate species which migrate also behave like birds through behaviors like waiting for favorable winds and being spurred to migrate by lowering temperatures. This spectacle, which is more obvious in fall, can be witnessed at many hallowed migration birding hotspots like Cape May because the same forces that funnel birds into migrant traps also funnel odonates. And this odonate (mostly dragonfly) migration is so dependable that many sought-after birds like Merlins and kites fly along annually with the odonates, feasting on the wing as they make their way(s) south! As always, Paulson breaks down complex behaviors and causes into very readable and understandable descriptions, so even readers with no prior exposure to this group can quickly gain an understanding and appreciation for these wonderful insects. ABA members will also note and likely appreciate the many birding analogies sprinkled throughout the book.

Chapter Five is one of the shorter chapters, titled “Dragonflies and People.” This chapter starts by briefly covering dragonflies in popular culture around the world, both as positive and not so positive omens. Next is a thorough conversation about odonate research, and the many citizen science projects that are similar to the bird citizen science projects most birders are already familiar with and hopefully participate in already. Lastly, threats and conservation are covered, and unfortunately for odonates this shows how much work there remains to be done to try to protect these great insects and their varied habitats.

Each one of the first five chapters finishes with a number of species accounts of relevant odonates, going into much greater detail about some of the concepts introduced in the preceding chapter. These species accounts are brief but invariably interesting, and always have superb images as well.

The final chapter is “Chapter Six: Odonate Diversity around The World.” After a discussion of the origins and evolution of the odonates, all 39 extant families are covered with a photo of a representative species and a listing of the worldwide numbers for each family.

The last part of the book is a glossary of most of the terms used, especially those likely to be new to recent converts to entomology or the Odonata; and a listing of other resources to turn to, including books and helpful websites for both life history information and identification. We are living in the heyday for natural history identification, with new and superb guides coming out with greater frequency, either covering large swaths of a country or the world, or smaller areas in great detail. Paulson here helpfully provides lists of the best of both.

If you have any interest in dragonflies and damselflies, this book is a superb primer on the things that field guides don’t cover about this amazing group of beautiful and powerful creatures. The photography is just brilliant throughout, and the layout is organized and logical. Paulson’s writing style makes even the driest most technical discussion readable, informative, and interesting. In addition to the chapter titles and section headings, there are innumerable side discussions within each part of the book to surprise and delight.

As an odonate field guide author and longtime enthusiast of this group, I found new tidbits and concepts throughout the book, and feel that this book would be of great interest to odonate beginner and expert alike. I do wish that some of the fascinating studies and numbers that Paulson references were footnoted, but this is a minor quibble with a really wonderful and beautiful book.

Highly recommended, and not likely to sit on the shelf gathering dust. This is a book to turn to again and again and find new treasures each time. 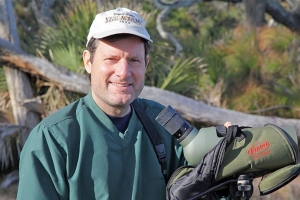 Giff Beaton is a U. S. Navy veteran, commercial airline pilot, and expert on the birds and insects of Georgia. He is the author of Birding Georgia, Birds of Kennesaw Mountain, Dragonflies and Damselflies of Georgia and the Southeast, and the Annotated Checklist of Georgia Birds. Giff and his family live in Palmetto, Georgia.