A Glimpse into the World of Researchers

A Glimpse into the World of Researchers

A review by Emily Simon

The Nighthawk’s Evening: Notes of a Field Biologist, by Gretchen N. Newberry 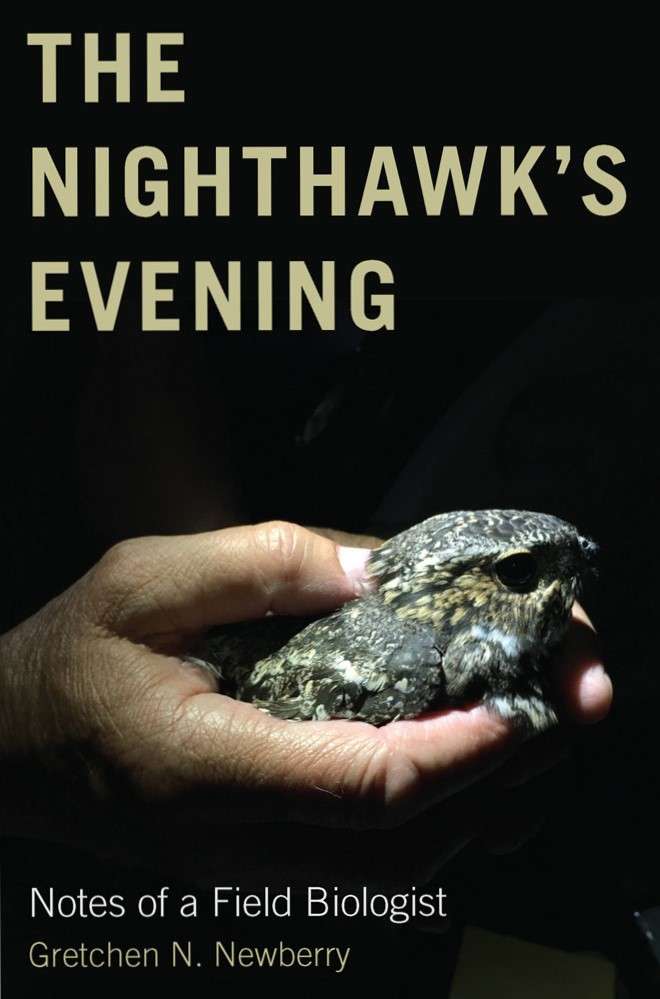 What hobbyist birder has not imagined leaving a current job or career to pursue their passion for birds? Gretchen N. Newberry’s book The Nighthawk’s Evening: Notes of a Field Biologist provides an in-depth look at the experience that can await someone who does just that. An employee for the city of Portland, Oregon, Newberry quit her job and headed off to Oregon State University at age 38 to study biology. Inspired also by the work and writings of Bernd Heinrich and Jane Goodall, she paints a vivid portrait of both her research and the object of her studies, the Common Nighthawk—North America’s most widespread and common nightjar.

In The Nighthawk’s Evening, Newberry traces her interest in nighthawks pretty much chronologically from her beginnings as an undergraduate at OSU studying the behavioral ecology of aerial insectivores (mainly swallows) through her doctoral work and beyond. The swallows piqued her curiosity about how nighthawks adapt to changing environments. This, along with concern about rapidly dwindling populations of grassland species generally, propelled her to graduate school at the University of South Dakota to learn how nighthawks are surviving in areas of rapid habitat loss.

Early on, Newberry realized how little is actually known about this familiar yet elusive bird, encountered in eastern North America as a crepuscular rooftop nester and seen most frequently in numbers during migration. In the West, where it is doing better than in the East, it occupies large territories in open grasslands (often burned or heavily grazed), forests with little understory, and even beaches. Its sharp white wing chevrons and piercing “peent” announce its unmistakable presence in the air, but its cryptic camouflage makes it very difficult to find when it is incubating eggs on a gravelly patch of bare ground or roosting lengthwise along a tree limb. Depending on insect availability, the bird can actively forage any time of day or night.

Newberry was determined to “find the nuances between the lines of birding books,” and she takes us through her years of intense fieldwork in the area near Vermillion, South Dakota, the agriculturally dominated southeast corner of the state. Beginning with conducting night-time surveys of the nighthawk population, she learned, much to her surprise, that in all the cornfields, forests, restored grassland patches, and waterways within 90 minutes of the town, nighthawks were completely absent. She found them in only three counties to the west, where small family farms have left some natural grassland territory intact, or clustered on gravel roofs in downtown Vermillion and three nearby towns. She engrossingly details her acclimation to night field work and her encounters with nocturnal creatures along her routes.

Newberry next focused her research on the urban nighthawks. The chapters centering on her daily work monitoring 83 nests on 31 rooftops are the most engaging in the book. They also include the majority of the book’s 20 black-and-white photos, which enhance the fun descriptions of some of the personalities of the individual birds she came to know well over her four summers with them. Newberry presents some surprising discoveries, including which birds prey on nighthawk chicks, what urban birds share its rooftop habitat, and factors that may affect their precariously low nest success rates. For instance, she found that nighthawks nesting on roofs in the proximity of Killdeer—who help sound the alarm when predators threaten—fledge more young.

Newberry thoughtfully describes the “stark monotony” of repetitive tasks, constant observations, and measurements performed in brutal, even dangerous conditions, yielding data over the years that add up not only to new knowledge but also to hosts of new questions needing further research as well as insights that can aid conservation efforts. In this respect, The Nighthawk’s Evening brings to mind Jonathan C. Slaght’s Owls of the Eastern Ice, another detailed account of doctoral research in an extreme environment, on the Blakiston’s Fish Owl in the Russian Far East.

Newberry spends little time in the book on the inevitable adjustments such a drastic change must have brought to her life, whether there were any pitfalls she could have avoided, or what advice she might have for those seeking to become biologists. She stays focused on her research and on the birds. The author does, however, provide many insights into the mind of a science researcher. She writes of her constant awareness of how she was “doing science” and how she asked herself whether the information being gained was worth the stress she caused nesting birds. She relates how new information continually influenced the direction her research took.

Newberry also posits many questions concerning how to help Common Nighthawks, how they will respond to climate change, how they can be protected during migration, and, crucially, whether eastern rooftop populations may actually compose islands of habitat in which the birds inbreed, foreshadowing their complete extirpation. And she wonders whether western populations may suffer the same fate as eastern birds as suitable habitat in the West shrinks over time.

Newberry shifts gears in the last third of the book into a sort of meditative travelogue focused on her trip in search of places in the West where nighthawks nest: the Badlands in western South Dakota, the area outside a town called “Nighthawk” in Washington state, and beaches on Vancouver Island. She also covers a few more general topics, including nighthawk rehabilitation and some fascinating new research on the nighthawk’s migration to South America and back. Newberry now conducts outreach promoting biodiversity in the area of La Crosse, Wisconsin, and authors a bird blog, A Feathered Reptile.

The Nighthawk’s Evening is an informative, enjoyable foray into the world of these admirable researchers who ask, and then try to answer, through often grueling, years-long work, the tough questions surrounding how birds can continue to survive as we humans make survival increasingly difficult. 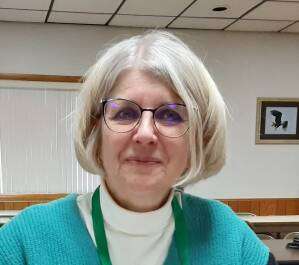 Emily Simon is a retired reference book editor. She volunteers with Detroit Audubon and contributes book reviews for its quarterly magazine, The Flyway, which she also helps edit. An avid birder for over 25 years, Emily enjoys connecting others to great books about birds, nature, conservation, and the environment.