North to South with the Hummingbirds

North to South with the Hummingbirds

The Glitter in the Green: In Search of Hummingbirds, by Jon Dunn 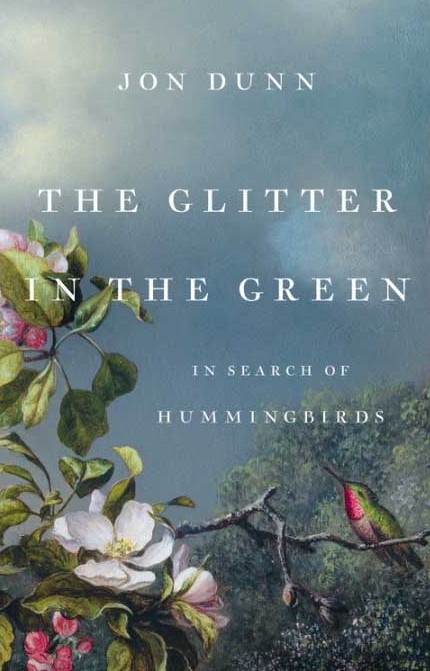 Representatives in Washington are no doubt accustomed to unusual mail from their constituents, but I am hard pressed to think of anything that might rival one peculiar delivery made to the Capitol in the autumn of 1912. Every single one of the ninety-six United States senators received a slightly bulging envelope with a card inside—a card to which were affixed two American pennies and the skin of a hummingbird. The text on the card explained to the puzzled lawmakers that the tiny scrap of feathers was just one of the more than forty thousand “American Hummingbirds” sold at auction in London in the first nine months of the year, many of them for no more than two cents apiece.

The bleeding protagonists in the standard histories of American bird conservation are the herons, slaughtered in their thousands for the elegant plumes adorning so many species in the breeding season. But the victims of turn-of-that-century feminine fashion also included grebes, gulls, hawks, and hummingbirds. The numbers are nigh onto incredible: the forty thousand trochilids that yielded their skins to London milliners and dressmakers in 1912 pale in comparison to the four hundred thousand presented for sale in that city on a single day in 1888, representing more than a ton of hummingbird biomass removed from the jungles and fields of the New World.

The postal campaign of 1912 was part of the larger efforts to protect America’s birds from “the gun, the snare, and the blowpipe of the cruel hunters of the feather trade,” as the Zoological Society Bulletin would put it the next year. Surely, though, the vivid shreds of skin and feathers that spilled onto the senators’ desks must have had an effect far out of proportion to their mere size—as hummingbirds seem to have had on every human who has ever encountered one.

Jon Dunn, the British writer and photographer best known on this side of the Atlantic for his Orchid Summer and for the entertaining online rarities column he writes for Rare Bird Alert (rarebirdalert.co.uk), fell prey to the weird charm of hummingbirds early on, when as a child he was introduced to the more than 100 mounted specimens in a single British Museum case, some of them at least collected by William Bullock of bee-eater and oriole fame. Twenty years later, Dunn saw a living representative of the family for the first time, a male Rivoli’s Hummingbird in Arizona, and longstanding fascination was turned into eager resolve: “To see more of his kind, in every distant corner of the Americas.”

The predictable next step would have been for Dunn to set out to see all of the world’s 320-some hummingbird species, or to find as many of them as he could in a classic Big (or, I suppose, given the subject, little) Year. Happily, Dunn resisted the temptation. While Orchid Summer is the exciting account of “one frantic, glorious, kaleidoscopic” season of orchidelirious botanizing, The Glitter in the Green compiles episodes and ideas from discrete trips over several years into a composite narrative, sparing the reader the breathless narration typical of so many publications in the genre of the big this-or-that. Freed from the constraints of chronology, liberated from the demands of completeness, Dunn offers the reader a literary journey structured by geography. The book’s pace is sufficiently relaxed that he can dwell on just a large handful of hummingbird species, with plenty of narrative breathing space left for gracefully written discussions of the history, biology, and uncertain future of the birds and their habitats.

The journey starts in Alaska—fittingly, writes Dunn, for a group of birds whose Miocene ancestors appear to have crossed to America from the Russian Far East—and ends in Tierra del Fuego, in conditions “at the very limits of [the] possible” for hummingbirds. Along the way, the reader is introduced to a fascinating selection of trochilid species. In Cuba, Dunn ponders the evolutionary pressures that shrank the Bee Hummingbird, the smallest (or perhaps second smallest) extant avian in the world, and those that stretched the Giant, that plain-plumaged, swift-like hummingbird of the Andes. In Arizona, he seeks out the Violet-crowned and dreams of finding his “own” Berylline or Lucifer hummingbird away from famous, heavily visited feeders. And in Peru, he marvels at the Spatuletail with “a joy so pure and unadulterated it caught [him] by surprise.” Dunn experiences that kind of happiness again and again in his journey, and one of this writer’s greatest gifts is his ability to relate that experience again and again in accounts that remain invariably fresh, discovery after discovery.

Birds, even hummingbirds with their otherworldly colors and behaviors, exist nonetheless in a world dominated by humans. Considerable portions of The Glitter in the Green are dedicated to the history of the interaction, a history often troubling but always fascinating. As amazing as hummingbirds may be, the behavior of many hummingbird people over the centuries has been at least as astonishing, from the prehistoric artists who etched that huge trochilid—Dunn sees in it, reasonably, a Sword-billed Hummingbird—into the desert soil of Nazca to the obsessive cabinet collectors of the nineteenth century and the purveyors of feathered love charms today.

Dunn’s book is, appropriately, not intended as a work of scholarship, but the absence of notes or a bibliography still makes itself uncomfortably felt by the reader who wants to learn more about, say, the colorful career of William Bullocks (the principal subject of Judith Pascoe’s Hummingbird Cabinet [2005]), the artistic and emotional development of Martin Johnson Heade (see Christopher Benfrey’s Summer of Hummingbirds [2009]), or the bizarre history of the Harlequin Hummingbird (treated by Robert Prŷs-Jones and the reviewer at the blog of the Biodiversity Heritage Library [2014] and, in greater detail, in the Bulletin of the British Ornithologists’ Club [2019]). I would be delighted, for example, to find out more about the eighteenth-century Scots-Irish settlers in Pennsylvania who pressed hummingbirds between the leaves of their Bibles for mailing to relatives in the Old Countries, a practice oddly reminiscent of a notorious scene from François Levaillant’s tropical youth.

Knowing more about Dunn’s sources would also likely absolve him of responsibility for The Glitter in the Green’s occasional errors of fact and apprehension. Those lapsus tend to occur in clusters, suggesting that they are ultimately not our author’s mistakes. Over just two pages, for example, the old chestnut of hummingbirds riding on the backs of migrant geese is said to have been current in “the coffeehouses of northern Europe” three hundred years ago (it is a twentieth-century bit of “fakelore”); the well-attested notion that hummingbirds hibernated with bills stuck into tree bark is explained as “borne of an early European settler in America seeing a hummingbird feeding from a sapsucker well in a tree trunk” (the story, collected among the native peoples of South America, far antedates any European’s first sight of any sapsucker). On the same pages, a 1670 letter to Francis Willughby is described as having been sent from Massachusetts by Willughby, and the (admittedly confusing) date of Benjamin Bullivant’s famous hummingbird missive is given as 1697 rather than 1698. Other trivial slips—a misnaming of Colombia’s Santa Marta Mountains as the Sierra Madre, the duplication of a mention of Jules Bourcier and his family, the relocation of a splendid piece of featherwork into the wrong museum in Vienna—are simply copyediting errors, no doubt to be corrected in what is sure to be repeated reprintings.

Running like an alarmingly red thread through the book is Dunn’s well justified concern about the survival of so many of the world’s hummingbirds and their habitats. Hummingbird watchers in the United States and Canada have perhaps the wrong view of what constitutes rarity: a “rare” hummingbird for us is one that is at the edge of its range or outside (sometimes wildly outside) of it. But none of the hummingbirds north of the Mexican border are in immediate danger of global extinction. Meanwhile, in the family’s southern heartland, more than two dozen species are categorized by the IUCN as Endangered or Critically Endangered—and the trend for most of those populations is decidedly downward. Dunn tells heartening stories too, of rediscoveries and local efforts to save rare species, but he concludes that the same forces wreaking havoc on so much of the world’s biota also spell doom for the hummingbird, “the most beautiful canary in the coalmine.” That is a grim prospect indeed, a prospect that readers of this beautifully written and thoroughly informative book may well find themselves moved to help forestall. 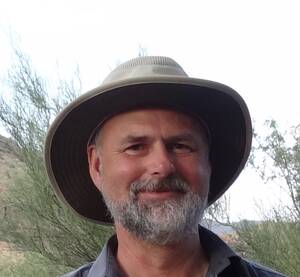 Rick Wright leads Birds and Art tours in Europe and the Americas for Victor Emanuel Nature Tours. A widely published writer and sought-after lecturer, he is the author most recently of the Peterson Reference Guide to Sparrows of North America. Rick lives in Bloomfield, New Jersey, with his family, Alison and Avril, and their jet-black lab, Quetzal.