A Gold Mine of Information for the Bird Enthusiast

A Gold Mine of Information for the Bird Enthusiast

A review by Scott V. Edwards John Kricher’s Peterson Reference Guide to Bird Behavior, published last year, presents a diverse world of birds. The book, amounting to over 300 pages of text packed with vivid photographs, is divided into 16 chapters, ranging from “Learning to Watch Birds Behave” and “A Bird’s Brain and Senses” to “Maintenance Behavior of Birds” and “Social Behavior.” Additionally, the book extensively covers basic topics in ornithology, with chapters on “Anatomy and Physiology,” “Understanding Bird Diversity,” “Feathers and Flight,” and many more.

The format is straightforward. Each chapter has numerous full color photographs of birds—most taken by Kricher himself—in every conceivable stance, social situation, foraging or flight mode, poses in life that a casual birdwatcher could miss in the blink of an eye. The photographs are not numbered, and they are not referred to specifically by the text, making for easygoing reading, although occasionally this format can make it challenging to link text and photograph.

The style of writing is in general casual and is mostly geared toward birdwatchers; Kricher often links specific experiences of birdwatching with broader concepts in the text. For example, about birds’ nictitating membrane, presented in Chapter 5, “A Bird’s Brain and Senses,” Kricher writes: “You have likely seen birds with an eye that momentarily appears cloudy. What you saw was the bird’s nictitating membrane.” Or, when discussing preening in Chapter 9, “Maintenance Behavior of Birds”: “If you have the time and patience, next time you observe a bird beginning to preen, carefully watch it throughout the process and observe the thoroughness with which a bird keeps its plumage intact.” This frequent linking of observational experience and generalities of bird life will illuminate many a magic moment when watching birds and will broaden the birder’s experience.

The breadth of topics covered is exhilarating but may also be somewhat disorienting for novices. Because, in truth, this is a book about the larger biology of birds—not just bird behavior. As such, like a textbook, it is an excellent if sometimes meandering survey of almost the entirety of bird biology. The only major topics of ornithology not covered in the book are the evolution and fossil history of birds and the phylogenetic relationships of orders and families, topics which I teach in depth in my ornithology class. Like many textbooks, it often (although not always) presents topics as fact, without discussing interpretational nuances or potential uncertainties in scientists’ conclusions (but see below). This will be, for many readers, a relief, given that it’s hard to present much of anything in modern ornithology that is not contested at some level; even details of physiology and anatomy, like the sources of energy used by birds during long-distance migration, or the taxonomic distribution of ultraviolet vision, are often controversial and still-evolving topics. Meanwhile, theories of avian ecology and life history are even more contentious.

Like a non-fiction work in the naturalist tradition, Bird Behavior is written in a casual, sometimes even chatty style. It is reminiscent of, although less personal and much denser than, David Sibley’s recent What It’s Like to Be a Bird. There are no graphs, charts, or even maps, and so quantification or demonstration of scientific claims is not a high priority. There is a helpful list of references and further reading for each chapter at the end of the book; these are presented sometimes as backup for what is described in the text but more often as simply further reading on general topics. As a result, this book is a little hard to peg in terms of genre, no doubt due to the strictures of the Peterson Reference Guide framework. Despite this, what will make it work for many readers is Kricher’s extraordinarily broad knowledge of birds in all their feathery function and eye-catching behavior, accompanied by an equally broad cache of first-class photographs. For Kricher, bird “behavior” is interpreted very broadly, essentially as bird biology writ large, an interpretation that I endorse but which might seem disorienting to novices. After all, many birdwatchers get into birdwatching due to an interest specifically in bird “behavior.” Thus, it may be Kricher’s way of sneaking in through the back door a lot of cool facts and concepts about birds that even folks professing to be interested primarily in behavior should know. And, in the spirit of a good reference guide, there is little that a birdwatcher won’t find in this impressively broad book.

Kricher strikes a balance between simple presentations uncluttered by controversy vs. the messy reality in which multiple theories compete to explain ornithological observations. For example, take his treatment of sexual selection, in Chapter 14, “Real Estate, Mate Attraction, and Pair Bonding.” (I generally turn to the section on sexual selection in any textbook on birds as a litmus test, to see how the topic is handled; does it present an overly simplistic picture and fail to mention competing theories in a field known for controversy and stark alternatives?) In this case, Kricher’s treatment is humorous, a little confusing, but also comprehensive. Here he discusses the significance for mating success of male House Sparrows with larger black plumage badges:

Does having a large black bib actually mean that a male House Sparrow is more fit than one with a smaller bib?...Bib size does correlate with dominance and aggressive behavior in males, [and also with] testosterone levels…[which could] actually act to suppress the bird’s immune system. [Thus] females may mate more often with dominant males simply because these males are, indeed, dominant. Which means they have larger bibs. Hmm. (p. 235)

Kricher’s conclusion makes sense only if one adopts an unconventional paradigm in which the causal chain goes from behavior to hormone levels to plumage characteristics, rather than the traditional view that hormones are primary and therefore influence plumage and then behavior as downstream targets. How could it be that male House Sparrows have larger bibs because they are dominant? Perhaps Kricher is alluding to how studies of aggressiveness and badge size have mainly been observational and correlational, failing to establish the direction of the causal arrow. Surely he must be aware of—although he does not list as a source for his chapter material—Sievert Rohwer’s classic experiments in which Rohwer manipulated badge size in House Sparrows and revealed their clear causal effect on behavior and dominance. There is likely to be no last word on sexual selection in general, or in House Sparrows specifically, in the near future; the study of that one species is a bustling industry, with new papers appearing every few years. But one meta-analysis of studies of sexual selection in House Sparrows, published in 2007, “provided little evidence for sexual selection acting on bib size.” Hmm.

Kricher, to his credit, goes on to discuss other theories. One such theory, the “handicap hypothesis,” regards elaborate traits in birds, as well as new work by Yale Professor Richard O. Prum, famous (or infamous in the eyes of many disagreeing ornithologists) for resurrecting Darwin’s original framework for thinking about elaborate traits, like badge size, in birds: that “because males and females inherit the trait that initially inspired female preference for a particular male characteristic…female choice might lead to males that bear plumage and patterns that are not adaptive with regard to enhancing male survivorship potential.” This is a wonderfully succinct encapsulation of a fairly complex idea that has caused many a ruffled feather among scientists who study sexual selection in birds. Throughout, Kricher confronts the challenge of presenting the breadth of bird biology in all its complexity, while staying true to the uncertainties of the science. It is no easy task and, as the sexual selection example shows, Kricher has a lot of fun presenting the various alternatives in play. As a whole, the book is a wide-open window into Kricher’s incessantly curious mind. He clearly loves every facet of bird life, and there are few topics from which he shies away.

Kricher’s book is a gold mine of information for the curious bird enthusiast. There is little that birders won’t find in this wide-ranging volume; in particular, there is plenty to keep the interested reader abreast of the diversity of knowledge and research about birds. The Peterson Reference Guide to Bird Behavior is definitely accessible to the amateur biologist or bird naturalist; without any graphs or tables, only beautifully presented photographs, there is little that is overly technical. Overall, Kricher does an excellent job of grappling with and presenting the staggering complexity of birds.

The book has the advantages of a textbook—comprehensiveness, with generally clear and concise presentation of diverse topics—without being a textbook. And throughout, the book links biological concepts like migration and social behavior with what a birder might actually see even on a casual bird walk. In this regard, it offers a handsome alternative, or complement to, materials associated with online courses offered by the Cornell Lab of Ornithology. It will enhance the experience of anyone curious about birds, and, with very little pain and plenty of wonder, ratchet up their appreciation and understanding of the complex world of birds. 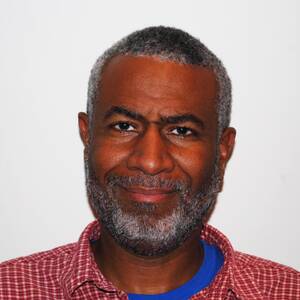 Scott V. Edwards is Professor of Organismic and Evolutionary Biology at Harvard University, and Curator of Ornithology and Alexander Agassiz Professor of Zoology in the Museum of Comparative Zoology. Scott teaches ornithology and evolutionary biology, and enjoy introducing students to the wonders of birds in the field, in museum collections, and in the classroom.