A Textbook with Opportunities for Birderly Learning

A Textbook with Opportunities for Birderly Learning

A review by John Kricher 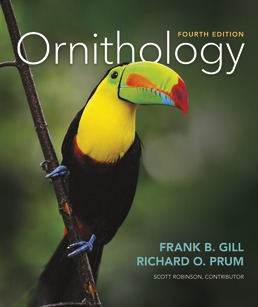 In the summer of 1965, I had just completed my junior year of college, and my interest in birds knew no bounds. I was good at identifying most of the birds I encountered, had learned songs and calls, but wanted more. I was, after all, a science major, and I sought to understand bird biology. I wanted to know birds as living animals, not just as checks on a life list, though that was certainly satisfying. My source for this knowledge of creatures with feathers was Joel Carl Welty’s venerable and now classic textbook, The Life of Birds, a tome that described itself on the cover as “A comprehensive survey of all that is known about birds…” As a biology student, I was pretty well prepared for the chapters on anatomy, physiology, hormonal cycles, etc., but it was still a challenge to wade through the detailed explanations necessary to really understand what a bird is. And that is what a textbook should be. I had to study, to work at it.

In 1990, a quarter-century after my “summer of Welty,” the first edition of Frank B. Gill’s text, Ornithology, was published. As a professor of biology and teacher of ornithology, I snapped it up and I wasn’t the only one. Gill’s book quickly became the go-to text, widely adopted by many, likely the majority, of us who taught college-level ornithology. The book, like Welty’s, was thick and drab, with no use of color whatsoever. Birds deserve better, but Gill’s skillfully written chapters plus the abundant half-tones, diagrams, graphs, and tables sufficed as a thorough, indeed challenging, presentation of college-level ornithology. Almost too thorough. Given the shortness of a typical college semester, it was difficult (and frustrating for students) to try and get through all of the text, a reality that also extended to the second and third editions of Gill’s text. Many of us adapted Gill’s book to our courses by regrettably but out of necessity omitting chunks of text so that our reading assignments and class discussion would conform with our semester time constraints.

Now there is a new fourth edition of Gill’s text, this one coauthored with Richard O. Prum with contributions by Scott K. Robinson. This team represents big-league ornithology. And the new text is in no way drab. Full-color throughout (finally!), readers will enjoy color images of many of the birds discussed as well as colorful graphics, enhancing the learning experience. I have little doubt that this fourth edition of Ornithology will keep a dominant share of the college ornithology textbook market. And as with the previous editions, it will challenge professors to figure out how to teach 21 chapters worth of ornithology in 12–13 week semesters.

A basic question is this: Why have a fourth edition? Or, for that matter, a second and third? The answer is perhaps obvious. New information. Gill’s third edition was published in 2007. In the years since then, ornithology has continued to burgeon with new insights, methods, data, and understanding. The goal of the fourth edition was to address this reality and it does so admirably. It is not a recast version of the previous edition but a vastly updated and engaging new edition that clearly has benefitted from enlarging the writing team.

Before presenting an overview of the book and what it covers, it might help to devote a few words to why a birder might want to invest in a college-level textbook. Such volumes tend to come with a substantial price tag, in this case about $80, surprisingly “low” for a college textbook. It obviously comes down to the question of whether or not it is worth the cost to obtain the information. Simple as that. College texts sell much less expensively on used book platforms so you might want to go there.

There is still the reality that this is indeed a college-level biology textbook. Ornithology is not The Life of Birds by delightful David Attenborough. If you want to enjoy some bedtime reading, this is not the book for you. It is big, heavy (3.3 pounds), and, like any good college text, every word matters in the 594 pages of text. You have to stay focused. Today’s college students typically display short attention spans, and the text appropriately follows the current model of college text design. Chapters are divided into relatively short sections along with added “teaching boxes,” short essays written mostly to wow students about how cool birds are. Each chapter ends with a section called “Review Key Concepts” that succinctly summarizes the major points made in the chapter. There is then a section called “Apply Your Knowledge” with well-designed questions for study. The authors state in their preface that in preparing this new text they “have in mind bird enthusiasts young and old who simply want to know more about birds.” That said, in reading the various chapters (some more so than others), you will be helped considerably if you have some background in biology. Chapters are robustly written and I predict that for the average birder, some will present real challenges. The good news is that the authors are skilled at explaining concepts clearly; and for a birder using this book, there is no need to read it all in “one semester.”

The 21 chapters of text encompass all of ornithology and address the obvious topics, covering the evolution of birds, anatomy and flight, physiology, brain structure, social behavior, genetics, the annual cycle, migration, courtship, vocalizations, nesting, population and community dynamics, and speciation. There is a single chapter on avian conservation, but, as with ornithology as a profession, conservation considerations and examples occur elsewhere throughout the text. Conservation was once an “add-on” in professional ornithology but no longer. A large number of papers published in ornithological journals have direct conservation implications.

The chapter on bird evolution is one of the strongest chapters offering perhaps the best succinct treatment of the topic currently available. In the course of the four editions of Ornithology, numerous fossil discoveries, along with laboratory-based molecular and genetic work plus cladistic studies, have clarified that modern birds are indeed modern dinosaurs. The case for “birds as dinosaurs” is now considered closed, and a careful reading of Chapter 2 makes clear why that is so. There is no more wiggling about whether or not birds might represent a unique case of convergent evolution with theropod dinosaurs, avian origins mysteriously “lost in time.” As the authors unequivocally state, “Birds are Dinosaurs.” If you learn nothing else from this book (though you will), learn that.

In my experience, birders tend to be most interested in avian distribution, systematics, and species definitions as they apply to lumping and splitting and, ultimately, the life list. Thus, Chapter 3 (Phylogeny and Systematics) and Chapters 18–21 (Populations, Speciation, Communities, and Conservation, respectively), plus the chapter on Migration and Navigation (Chapter 10), will probably be of greatest interest to many birders.

Producing a product as complex as a college textbook requires very detailed copyediting, and it is normal, indeed unavoidable, for a first printing to contain a few typos and hiccups. This text is no exception. For example, in Chapter 2, Box 2-2, The Bird Origin Controversy Resolved, a paper is cited attributed to Helen James and John Pourtless (2009). The authors do not mean Helen James; they mean Frances James. Helen James is, indeed, an ornithologist and paleontologist, but it is Frances James, a preeminent ornithologist, who coauthored the paper. Fortunately, in the Literature Cited section of the text, the reference is correctly cited as James, F. C. Another error that birders will spot appears on p. 293, Fig. 11-1 (A). The caption refers to “American Cliff Swallows” spaced apart from one another on utility wires. The birds appear to me to be Barn Swallows.

The fourth edition of Ornithology is an outstanding textbook and were I still teaching undergraduate biology students, it would remain my go-to text. I like everything about it, and I believe my students would find it readable and interesting. As for everyday birders, I’ll say again that you have to want to delve deeply into bird biology to make it worth your while to invest your time and money in this college-level textbook. Are you really going to dig in and read it? But it is not written in Greek. The clear prose throughout helps bridge the gap that likely exists between someone who is not well versed in science but attempting to understand a science text.

You most definitely do not need to read this text to experience the joy of birding. But my bet is that if you are really motivated and give it a go, Ornithology will enhance your appreciation of a group of most remarkable animals. And one more tidbit. Something about the text jumped out at me instantly. The cover. It is a striking color photograph of the Keel-billed Toucan, one of the most colorful of birds, an icon for why birds are so beguiling. It reminded me of another cover of another book. Was I recalling correctly? I went back and checked my library, the section on old and beloved books. And there it was, on the dust jacket of Joel Carl Welty’s The Life of Birds: none other than a color photo of a Keel-billed Toucan. Well done Frank, Richard, and Scott. The circle is closed. 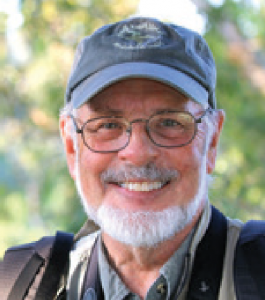 John Kricher taught ecology and ornithology at Wheaton College, Massachusetts, for 48 years. He is a Fellow in the American Ornithological Society, as well as Past President of the Wilson Ornithological Society and the Association of Field Ornithologists. John is author of the acclaimed New Neotropical Companion, the forthcoming Peterson Reference Guide to Bird Behavior, and other works.

How do you feel this book is compared to the one by Cornell?

Herb, that’s a good question but I don’t personally have the Cornell textbook (I assume you’re referring to the Handbook of Bird Biology edited by Lovette and Fitzpatrick). I’ll relay your question to the reviewer though.

I think the Cornell book is very well done but I like Gill et al. better.

Any particular reason why?

Sounds good, many thanks!