A review by Donna L. Schulman

Field Notes from an Unintentional Birder: A Memoir, by Julia Zarankin 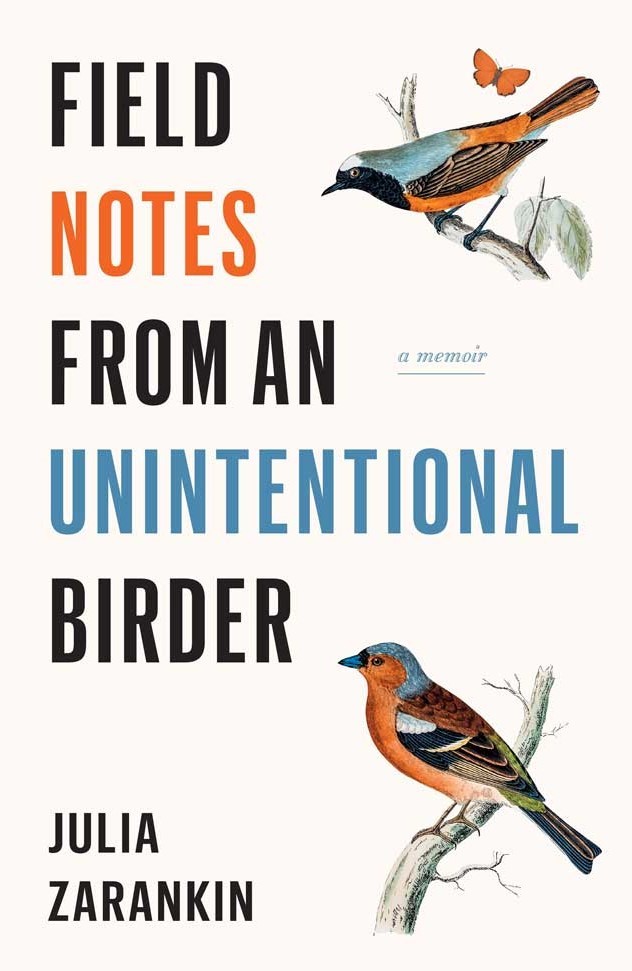 Something curious happened on my way to reviewing Field Notes From An Unintentional Birder. I lost my review. This is what happens when you save a document to the wrong cloud, and then a pandemic postpones your deadline. I won’t go into the sad details because there is a bright silver lining: I picked up Julia Zarankin’s book once again in September, and it made my whole day—my whole month—brighter. This is a beautifully written book that speaks to the extraordinary wonder of discovering birds, the elation yet trepidation of being part of a new community, and the emotional growth birds and birding may bring.

Field Notes from An Unintentional Birder is subtitled A Memoir, which is accurate, but it’s a different kind of memoir. The book reads partly as self-history and partly as a distillation of the birding experience. The narrative is simple: Zarankin is a Russian Jewish immigrant from a family of musicians (parents) and engineers (grandparents), an academic disenchanted with academia, a resident of Toronto who has lived in Eastern Europe and the U. S., and a married woman who cannot have children; she is looking for new direction in her life, a new passion, something to fill her time and her mind. Trying on hobbies for size, nothing fits. And then, on a tentatively approached field trip with a local birding group, she sees a Red-winged Blackbird:

“What is that?” I gasped, nearly blinded by the unexpected vermilion patches on the blackbird’s epaulets. I watched as the bird threw back its head, opened wide its beak, and let out a sound so primal it left me marveling: This was as close as I’d ever stand to dinosaurs. If this bird had been here all along, I thought, what else had I been missing? (p. 23)

It’s the spark bird moment, one shared by many birders, written about by many birders, but I don’t recall a description that so perfectly captures this transformative moment of wonder. The passage immediately draws me into the book, and I’m soon highlighting sentence after sentence as Zarankin shares the highs and lows of her first ten years of birding.

At least, I think it’s ten years. Zarankin moves in and out of the chronology of her life as she writes about her birding experiences—local walks, adventures far afield, days at the banding station where she eventually volunteers—interweaving these with memories of childhood and early adulthood. She relates stories about her musical parents and beloved but demanding 93-year-old grandmother and the immigrant heritage they’ve bestowed on her, and allows us to know her powerlifting and often amused but wonderfully supportive husband, Leon. The avian tales and the personal history play off each other, giving layered meanings to birding activities and allowing us to share Zarankin’s personal insight into relationships and her own sense of self.

This might sound like dense reading, but it isn’t at all. There is a light-hearted, almost melodic tone to Zarankin’s stories. Many of them center on milestones we all know—the embarrassingly wrong identification (one chapter is aptly named “Deerkill”), birding sewage ponds and dumps, first and second Christmas Bird Counts (startlingly different), the all-day bird-a-thon, the first Snowy Owl, the nemesis birds, and learning to bird on your own without group or mentor. There are also experiences new to me but probably not to others, particularly the days and nights at the Toronto banding station. Zarankin has a talent for giving these staples new twists in perspective. Nemesis birds are not symbols of frustration in her world, they’re opportunities in anticipation: "Not having a nemesis bird is the saddest thing in the world” (p. 103). Migration is interpreted at eye level: "To stop a black-throated blue from migrating is to kill it” (p. 67).

We encounter birders along the way: the very patient mentor Brete; the birder–rock musician encountered on that second CBC; the friend who can’t be drawn away from her shorebirds; Bronwyn, the young friend with whom Zarankin bands Snowy Owls on a memorable road trip; the guides she encounters once but whose voices she hears as she identifies fall warblers. The portraits are miniscule, and I hope Zarankin will expand them in future writings. She has a talent for depicting unique personalities, and we feel her loss when we learn what has happened with some of these birders over the years.

It is refreshing to read a birding book rooted in Canada, mostly the Toronto area plus a warbler-crazy trip to Point Pelee. The country is underrepresented in our birding literature, or so I opine. (I’m sure people will be texting me about how wrong I am, so just send those titles in!) Anyhow, reading about places like Tommy Thompson Park, Earl Bales Park, Windermere Basin, and, of course, the sewage ponds, gave me a great excuse to look up bird lists, examine eBird maps, and plot a birding trip at some future time, preferably when I can see all those Snowy Owls. It does make me wonder, however, why the book cover design features two European birds—a Redwing and a Chaffinch, beautifully drawn by Setareh Ashrafologhalai but not likely to be seen in the wild in North America. It’s a missed opportunity to highlight the birds of Canada and the birds that are so important to the author.

The 32 chapters are brief and nonchronological, and often read like essays. Don’t make the mistake I initially did and read them out of order! There is a definite shape and order to Field Notes from An Unintentional Birder—Zarankin is a stylistically thoughtful, nuanced writer. The seemingly random chapters deliberately take us from her induction into birding and her migratory past, through her struggles with handling birds at the banding station and finding an inner strength of spirit, to her maturing relationship with Leon, aligned with observations of different bird species coexisting and flourishing together.

There are times when Zarankin seems a little too cute (I am not a fan of the birding kitsch she enjoys, though I’m sure many people are), and a little too self-involved (sometimes you need to trust that the reader gets the point). There are also chapters where the birding and personal connections don’t quite gel. However, these instances are far outnumbered by the times I felt instant identification (my notes for the chapters where she talks about her problems learning bird song are all “me too, me too”), amused enjoyment (Zarankin’s flailing wilderness adventure is pure fish-out-of-water fun), and emotional connection. I may not have lived Zarankin’s life, but I know the feeling of needing more and how birds can fill that hole.

Julia Zarankin has been working toward this first book probably as long as she’s been birding. She has published fiction and nonfiction in Canadian and U. S. literary magazines, and written regularly for Ontario Nature Magazine (we get the back story for some of those articles in the book). Her story “Black-legged Kittiwake” has just been placed on the short list for the CBC Short Story Prize. A member of the ABA community, Zarankin has written book reviews for Birding and was recently a guest on the ABA Podcast (which I put off listening to until this review was finished). Moreover, Zarankin continues to teach Russian literature, her former specialty, as an adjunct instructor professor at the University of Toronto School of Continuing Studies. In Field Notes from An Unintentional Birder, she says, “I discovered birds when many things in my life seemed disappointing” (p. 14). It seems that with the discovery of birds and birding, she also discovered a unique writing voice. I look forward to hearing more from Zarankin. 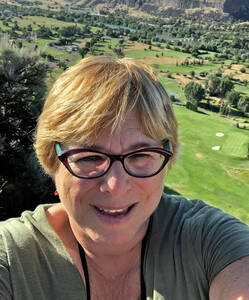 Donna L. Schulman is a labor relations librarian and professor, recently retired, and a New York birder, sometimes distracted by dragonflies. She has reviewed over 200 books, initially fiction, labor, and women's studies, and now birds and nature. Donna contributes to the "Best Bird Books of the Year" podcast, an annual at The American Birding Podcast.

An interesting review of a book I’d not heard about so I am pleased that I stumbled across this review. One to put on my ever growing list of must read books. One very small point – the bird top right on the cover is a Common (European) Redstart, not a Redwing. Any easy slip to make with unfamiliar bird names.

John, you’re absolutely right–that’s something I should have caught! Thank you for pointing that out about the redstart and for your kind words about the review.