Gulls, Obsession, and Trash in a Human-altered World

Gulls, Obsession, and Trash in a Human-altered World

A review by Amar Ayyash

Landfill: Notes on Gull Watching and Trash Picking in the Anthropocene by Tim Dee 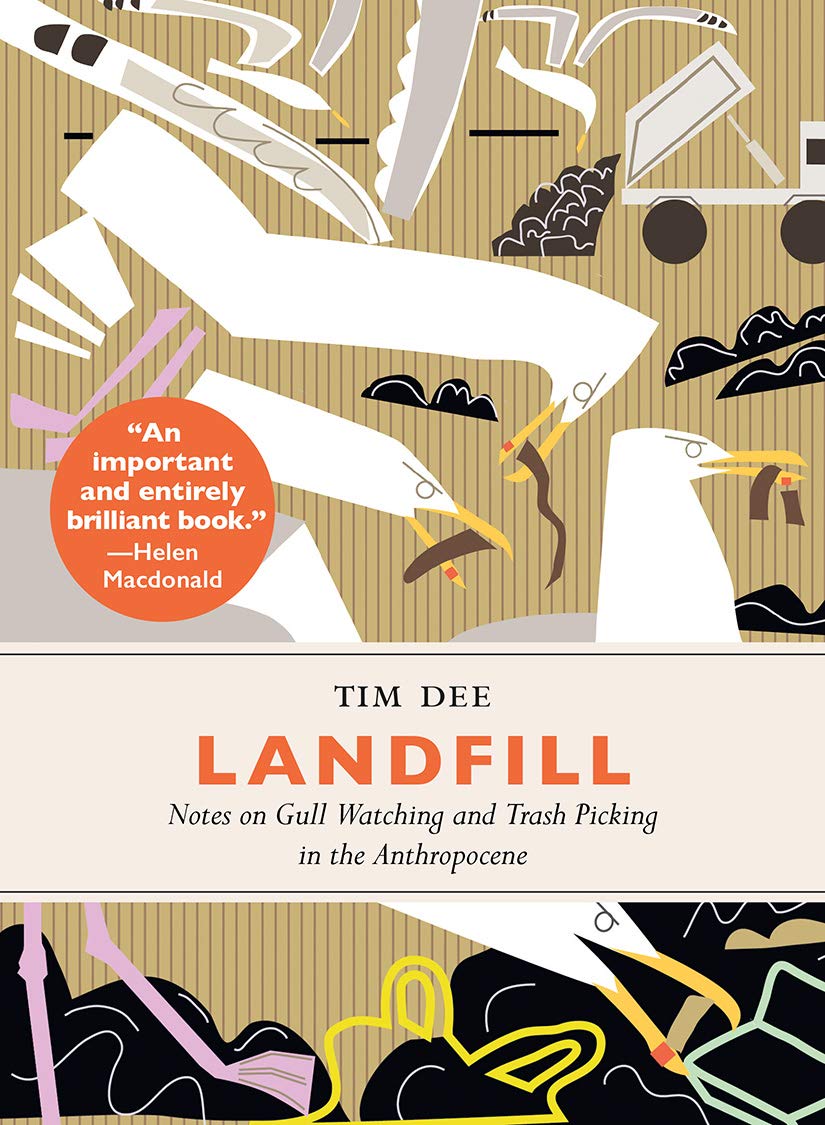 In this unique nature monograph, Tim Dee tackles a topic no author has before: How gulls—something of the once-wild—came to share our present world. Partly due to the Clean Air Act in the 1950s and partly due to our wasteful habits, gulls have gained admission into our most beautiful and most foul places alike. They’re now caught in a modern conundrum where many populations earn a living directly off of people, and for this, they’re regarded as an invasive nuisance. “They have become in-between birds in an in-between world,” as Dee writes.

Dee maintains that this family of birds is revelatory on several levels, acting as environmental bio-indicators of the earth’s rapidly changing climate. The gulls are both “futuristic” as they roam our city streets like drone ops, but still “ancient” with their menacing dinosaur-stares. They love our asbestos rooftops where there are few predators. The consequences of the organic matter they consume in our landfills are still unknown, but one example of this is the feminization of embryos noted in the 1980s due to DDT exposure.

Taking us through a journey of landfill visits with some of Europe’s most prominent gull-watchers, the book unfolds in southern Britain, and it is here that the author experiences the subculture of gull obsession, taking part in capturing and banding gulls. The eloquence in describing these visits is captivating, and the imagery is mesmerizing (you can almost smell the waste through the pages). The book provides an education on how the shift from metal rings (leg bands) to color rings (field readable plastic bands) has provided a wealth of new information about the whereabouts of Europe’s gulls, seemingly overnight.

Landfill is wide-ranging in topics and isn’t limited to the subject of gulls. Divided into 23 short chapters, Dee establishes himself as a birder who tried quitting birding at the heels of a large, daunting gull flock in England. Western European birders became doubly interested in gulls in the last 25 years when “science” split the Herring Gull into several species. Suddenly, birders were viewing large gulls with more scrutiny than ever before. Dee’s interest in the subject as a whole is rooted in questions regarding gull-life and gulling, and what this has done to our minds. There can be no doubt that a subculture of birding exists here, and Dee is out to understand the larophile: “how and why some of my gang had fallen in so deeply with one family of birds not much regarded by other birdwatchers and often derided by non-birding people,” why some men were leaving their homes and families to spend time peering at “arsey” birds in some of the “arseholes” of the world.

The book also explores several philosophical questions ranging from our need to catalog nature, truths of taxonomy, and the painful throes of death. With no warning, the author shifts gears and dissects English literary works from the last 200 years, turning poetic and dreamy before resuming with his observations on gulls in the Anthropocene. From Hitchcock to Jonathan Livingston, works that have made gulls their centerpiece are taken apart by Tim Dee.

Like many people, my gauge for judging whether a book is interesting or not is mostly based on my desire (or lack thereof) to put it down once I delve into the first few chapters. Landfill is brilliant from beginning to end. Disgusting and original, and one I must reread in time. Dee insists that among seabirds, gulls are the least picky at the buffet and most sure-footed on land, reminding us that no gull species has gone extinct since “modern life” has begun. But waste management practices are rapidly changing and less edibles are being found by birds on a whole. Thus, gullers are making a list of “what they know they are losing.” With much of Europe’s trash transitioning to incinerators, what will become of the large numbers of gulls that have moved inland and made the big city their home? Will they once again take to the seaside as they were 50 years ago, or will they find another anthropogenic subsidy to capitalize on?

I know their messy taxonomy doesn’t win them any points with most birders, and this makes me wonder: Although gulls are without question wildlife, do we as birders resent them in a sense? Do we view them as second-class birds for being canny opportunists?

Amar Ayyash is an expert on gull identification and an evangelist for “gull recreation.” He hosts several websites devoted to gulling, including the well-known anythinglarus.com. Amar has published numerous technical articles on gull ID and range shifts, is affiliated with several gull banding programs throughout the continent, and frequently speaks at birding events.