A Philosophical Exploration of How Birds Live

A Philosophical Exploration of How Birds Live

A review by Caitlin Kight

Living as a Bird, by Vinciane Despret and translated by Helen Morrison 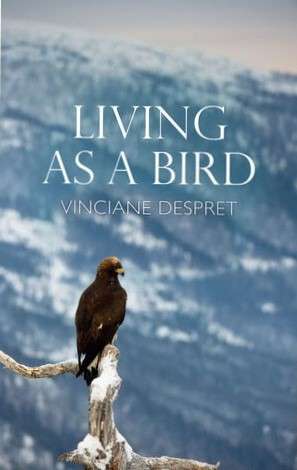 What is it like to be a bird? This is a question inevitably asked by those who watch, study, and/or love birds for long enough. It is a query that Tim Birkhead explicitly explored in his book Bird Sense: What It’s Like to Be a Bird, and which many other researchers have pondered more subtly in species monographs and other scientific writings. It is a query that has also been addressed more indirectly in creative pieces such as Maya Angelou’s poem “Caged Bird.” In her recent book Living as a Bird, philosopher Vinciane Despret finds another way of contemplating this question, and, notably, another way of answering it.

Despret is a philosopher by trade, not an ornithologist, and the anecdotes shared throughout the book suggest that she is a relative newcomer to the world of birding. This is not to say that she is not knowledgeable; indeed, her book is filled with relevant natural history citations (fittingly, Birkhead gets a mention) and with personal observations and novel synthesis that would be right at home in the world’s top ornithological journals. Rather, these personal qualities are helpful to point out because they may help prepare the reader for how very philosophical this book is—not just in the colloquial sense of being “thoughtful,” but in the more literal sense of providing a “study of the basic ideas about knowledge, right and wrong, reasoning, and the value of things,” as Merriam-Webster defines it. If you’ve read the (brief) author bio on the back cover, you may think you’re prepared for this, but chances are you will still find it difficult to get your intellectual footing while making your way through this book. This is not a criticism.

I have read a decent amount of philosophy while conducting academic research on self and identity, but despite my familiarity with this genre—and the dubious achievement of having waded my way through authors like Kant and Hume—I continually found myself surprised by this book. Despret’s writing (or, rather, Helen Morrison’s translation of the original French) is much more accessible than that of the two philosophers I mentioned above. In fact, it is surprisingly lyrical for something so conversational; on the one hand it feels almost as though you’re sitting across from Despret at a café while she recounts her musings, but on the other hand you could easily picture her speaking these same words on stage at a poetry open mic night. This sense is facilitated by the organization of the book into “chords” and “counterparts” as well as chapters—and, yes, it appears that this is in recognition of the way in which individual birds structure their songs and also the way in which territorial rivals often take turns singing at each other.

Territoriality, in fact, is the central motif of the book. “Territories” is the title of the first chapter and subsequently is both a theme and a structuring device featuring prominently throughout the remainder of the book. For many chapters, I found this unsettling. I wanted Despret to do what I expected: to make a clean break from this topic and then proceed through a succession of things like “communication,” “breeding,” “feeding,” and so on, as you typically find in any natural history book about wildlife. She actually does address these topics, but territoriality—and the importance of place—is the central hub to which each of these spokes is connected.

In fact, territory is such an important theme that I am surprised it does not feature in the book’s title. A part of me wonders whether the title is meant to evoke Thomas Nagel’s famous essay, “What Is It Like to Be a Bat?,” in which he seeks to define consciousness and ponder the extent to which one living organism can ever truly understand the inner experience of another. This would hardly be a surprising reference for a fellow philosopher to make, and indeed is entirely in keeping with Despret’s conjectures about the motivations of, and phenomenological experiences comprising birdhood. Nagel, however, is never mentioned. Incidentally, neither is Rachel Carson, despite the fact that the book invariably ends with a discussion of conservation issues and, specifically, fears that the “phonocene” may ultimately cause birds to permanently go silent.

Instead of these expected references to Nagel and Carson, there are passages and ideas from more unexpected thinkers, including ethologists, anthropologists, political philosophers, and many others whose work is only tangentially related to birds or even to nature. The mixture of these ideas with those drawn from the natural history literature can be jarring—or, at least, it was for me. As a scientist-turned-social-scientist, I have learned (and am still learning) to be more open to a diversity of ontologies and epistemologies. Despite this, I still had moments of vague discomfort where I thought, “surely not…?!” But I realized that these instances kept me paying attention, constantly questioning and engaging and reconsidering my views in a way that I probably wouldn’t have with a “normal” bird book. Even if the reader ultimately disagrees with some of Despret’s more controversial claims, it is still rewarding to undertake the contemplation and emerge with a better sense of what they think and why they disagree. (That said, I did find it somewhat hypocritical that Despret criticises sociologist Zygmunt Bauman for having “the kind of ethos which leads certain academics to feel ‘at home’ in any field whatsoever”—when, in fact, there is a strong element of this in her own book!)

Some readers may note that a number of the ornithological and behavioral ecology papers that Despret discusses are ancient by scientific standards. Citing historical papers can offer a wonderful opportunity for readers to learn about obscure studies that are not commonly covered in the contemporary curriculum but still have much to offer our current understanding of the field. Then again, some of these may have been dropped from modern bibliographies for a reason, and if you aren’t an expert on each relevant topic (which, I freely admit, I am not), you may find it hard to determine whether the inclusion of this research is valid. Without wanting to sound like a snob, I am curious about how Despret made these judgments, herself; even as an “expert” on various topics, I have felt insecure when making similar decisions in my own research and writing, so I would genuinely like to know more about how someone from an entirely unrelated field approached this task.

A related question is how Despret decided which aspects of “living as a bird” to investigate, and which to gloss over. Inevitably for a 191-page book, certain topics are omitted entirely or only given the briefest of mentions. I feel most qualified to comment about my own area of expertise, which is birdsong: While I felt that Despret juggled this enormous and complex topic fairly well, there were things that I would have done differently—additional case studies I would have included, certain ideas I would have fleshed out more fully, further “counterpoints” I might have offered. That said, there are nearly 10,000 bird species on this planet, each slightly different from the others, and no book can contain all ornithological knowledge.

Perhaps more importantly, I am an animal behaviorist, whereas Despret is a philosopher; my goal in writing about these birds would inevitably have been different from hers. In fact, it is this very difference in purpose, style, and approach—this tension between a “normal” bird book and Living as a Bird—that holds one’s attention throughout, and makes this a compelling addition to any birder’s ornithological reading list. If you’re like me, you will find this book challenging, but you will find that challenge surprisingly enjoyable. 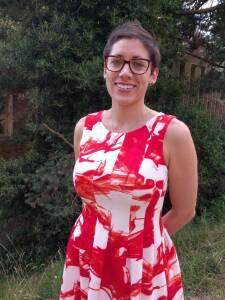 Caitlin Kight is an educator at the University of Exeter and Adjunct Fellow at the Dakshin Foundation. A science communicator with a background in avian bioacoustics and behavioral ecology, she edits and writes for Current Conservation magazine and contributes to a variety of other natural history publications.