Exciting Titles for the Birding Literature of France

Exciting Titles for the Birding Literature of France

Where to Watch Birds in France, by Jean-Yves Barnagaud, Nidal Issa, and Sébastien Dalloyau 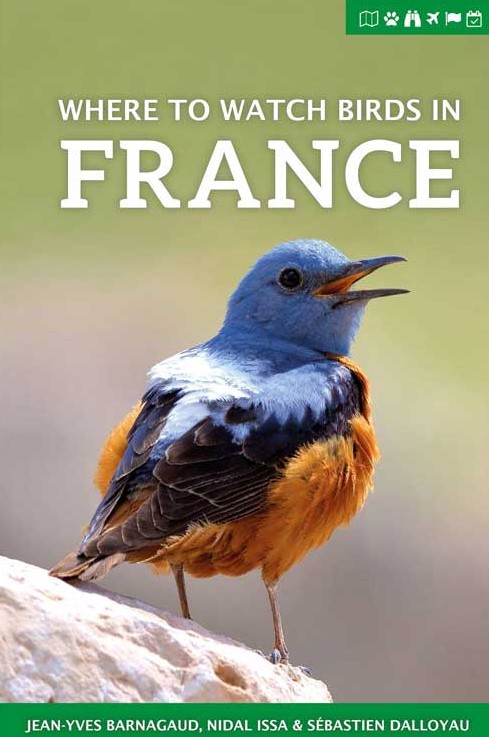 Provence is a cliché. Lavender and sunflowers, tiny villages clustering around venerable churches, exquisite food paired with some of the best wine in the world. All of it bathed in the magical sunlight of the Mediterranean. It’s every northern European’s fantasy.

The only thing is, as Dirk Hilbers and his co-authors remind us, “everything about this romantic image is true.” But there’s more to Provence even than the stereotypical wonders enjoyed by every lucky visitor: This land of marshes and dunes, scrubland, and rugged mountains is as rich in nature as it is in ancient culture, with an astonishing diversity of wildflowers, butterflies, reptiles, and birds.

This latest title in the outstanding series of Crossbill Guides considerably expands on its predecessor. That 2006 volume restricted its coverage to the region between the Alpilles and the Mediterranean—a lovely 50-mile stretch with habitats ranging from limestone mountains and vineyards to arid steppes and the seaside marshes of the Camargue. The new guide takes in a much larger chunk of southernmost France between the Alps and the Pyrenees, from Nice and Cannes to Orange and Montpellier.

Provence and Camargue adheres to the successful two-part formula developed by the authors and editors of the other guides in the series. The first part of the book provides an informative general natural history of Provence, its geological history, climate, and habitats. With habitats including sandy beaches, coastal cliffs, marshlands salt and fresh, stony flats, montane forests, and the desolate summit of Mont Ventoux, it is little wonder that the region’s flora and fauna are so wildly diverse. More than 40 pages are dedicated to an overview of Provençal plants, mammals, birds, reptiles, amphibians, and invertebrates—among those last an impressive selection of butterflies and dragonflies virtually unrivalled anywhere else in Europe. A nice touch is the polyglot lexicon of the names of all the organisms mentioned; oddly, French names are not included.

The second part of the guide takes the reader out into all that wildness, with 24 recommended routes for drivers, bicyclists, and hikers. Each route description begins with a concise summary of the distance, time required, habitats, and special organisms and phenomena to look for. The maps accompanying the routes are very good, clearer, and more attractive than in this guide’s 2006 incarnation; in combination with the written instructions and GPS coordinates, they may be sufficient all by themselves for most visitors, though it would be a shame to pass up the chance to buy the beautiful and very helpful Institut Géographique National maps to the area. Clearly written directions take the reader from stop to stop, with brief indications of what is to be seen at each. Like the first half of the guide, these route descriptions are beautifully illustrated with photographs of habitats, plants, and animals, all sure to whet the traveling appetite even if you are not already entranced by the thought of Slender-billed Gulls, Greater Flamingos, Squacco Herons, Eurasian Hoopoes, Common Nightingales, European Rollers, Lesser Kestrels, European Bee-eaters, Little Bustards, and Zitting Cisticolas. And lavender, sunflowers, food, and wine, too, of course.

Provence, for all its charm, cannot lay sole claim to all the pleasures of a sojourn in France. Just a bit smaller than Texas, the largest country in western Europe comprises a dizzying amalgamation of cultures and traditions—and an equally rich diversity of natural landscapes. The rugged cliffs of Brittany and Normandy, the gentle forests and farms of Burgundy, the terrible sublimity of the Alps, the harsh granite slopes of Corsica: It’s all different, and it’s all France.

That imposing range of habitats blesses France with an equally impressive selection of birds. But birders, especially anglophone birders, long found the French ornithological landscape confusing, even frustrating, to navigate. That has been changing slowly over the last generation, since the appearance in the 1980s of the first finding guide of the Ligue pour la Protection des Oiseaux (LPO). Pelagic Publishing’s new Where to Watch Birds in France echoes those LPO guides in its title, but its publication marks a monumental step in making more of this country’s bird life accessible to visitors.

It is hard to imagine anything less like a Crossbill Guide than this volume, written by the scientists and conservationists Jean-Yves Barnagaud, Nidal Issa, and Sébastien Dalloyau, with the collaboration of 38 local experts who reviewed the chapters for their areas. This is a genuine enthusiast’s book, all about finding the next bird and the next after that; there is virtually no broader natural history here, and almost the only illustrations in the book are the more than 450 detailed maps. But that’s the point, of course. This guide leads the visiting birder to 312 sites all across the country and tells them what to expect when they get there; an appendix flips the organizational axis of the book to offer helpful advice on finding and watching 30 especially sought-after species.

Unsurprisingly, there is some variation in the detail provided for different sites. The accounts of the Brenne and the Solange, for example, two of inland France’s finest wetland complexes, include suggestions for a route taking the birder to many of the best ponds, while the description of the quite similar Dombes ends with the advice to “try random stops beside the many other ponds in the vicinity.” Overall, though, the amount of detailed information for each site is a marvel.

The presentation of all that information is efficient, if not always appealing. The sites are grouped into 14 discrete regions, their boundaries set by a pragmatic combination of political borders and habitat types. Each region is further divided into sections, “coherent birding areas” that then comprise the individual sites. The sections are headed with an overview map, a list of avian highlights, a graphic showing the best seasons to visit, seasonal lists of especially interesting species, and a recommendation for how long to spend in the area. The sites—some of which are in fact clusters of similar localities—are numbered, each entry accompanied by maps keyed to the text with “way points.” Most of the maps are quite small and unsuited to use in the field or the car; to make up for it, the publisher provides a downloadable map “layer” with every way point indicated for use on a GPS or a phone.

The prose description of each site takes the reader from way point to numbered way point, often with precise and welcome notes about tides, trails, and other vital information. Some site accounts end with a reference to websites, books, and local resources of use to the visiting birder, some in English and some in French.

There is so much information, so much detail, here that the book threatens to spill out of its covers. The page trim is very tight, in some cases less than two millimeters separating the print from the margin. This is unattractive, but more importantly, any bird-finding guide is likely to undergo heavy and not always careful use, with abrasion and erosion of the edges the inevitable result. More disturbing, at least for the reviewer reading the book from beginning to end, are the typographic peculiarities: Some text, presumably that deemed most important, is bolded, while all species names are printed in a blue so pale that from any distance the page seems to be riddled with holes. None of this is necessary or helpful.

The book ends with bar charts showing the relative abundance by month of every species and selected subspecies. For some uncommon or particularly desirable birds, there is an indication of which region is likely to produce sightings; for others equally notable, for example, the Spotless Starling, the reader is left to page through the site entries. There is no index of birds, though an alphabetical list of the individual sites is provided.

These small criticisms aside, Where to Watch Birds in France is a major contribution to the bird-finding literature for western Europe. On my next visit to France, even to areas I know well, it will be with me—in the book bag right next to the Crossbill Guides. 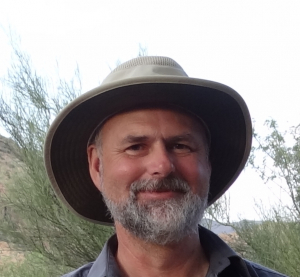 Rick Wright leads Birds and Art tours in Europe and the Americas for Victor Emanuel Nature Tours. A widely published writer and sought-after lecturer, he is the author most recently of the Peterson Reference Guide to Sparrows of North America. Rick lives in Bloomfield, New Jersey, with his family, Alison and Avril.