To the Ends of the Earth: Birds of East Africa, Volume 2, by Todd Gustafson 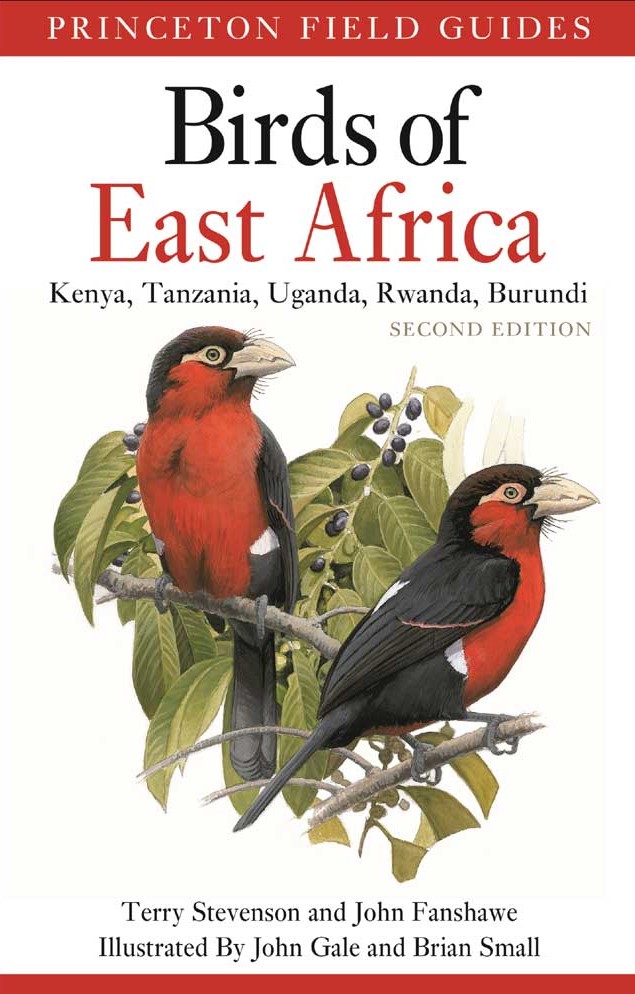 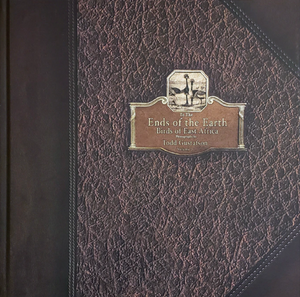 Broadly speaking, coffee table books are not a highly regarded genre by literary scholars or even birders: When was the last time you heard someone cite a coffee table book as their favorite book?

But, I confess, I love them. The photos have to be really, really good to justify the publication of the book—better on average than the many excellent photos already saturating the internet. And coffee table books lend themselves to light, breezy text that tends to be quite informative: Paradoxically, it can be easier to learn efficiently from coffee table books than other types of books more explicitly designed to be instructive.

Even more than those things, or perhaps as a result of them, a good coffee table book can ignite a birder’s imagination, and so it is with Todd Gustafson’s To the Ends of the Earth: Birds of East Africa, Volume 2. Even the most experienced East African birders will know their birds in a new way after enjoying this book.

Globally famous East African bird phenomena are well represented: the hordes of flamingos, the intricacies of weaver architecture, and hornbill charisma are all well on display. The heart of the book are the 155 plates, most of which feature a photo of a single bird. The arrangement of these plates is quite thoughtful, as many of the plates mirror each other, for instance with the symmetrically posed Straw-tailed Whydah on Plate 44 and Paradise Whydah on Plate 45. Another less elegant and more gruesome example is the Secretarybird ingesting some sort of lizard on Plate 131 while the Black-headed Heron flips a frog into its bill on Plate 132.

Owl aficionados will enjoy the expressive, close-up portraitures of Grass Owl, African Skops Owl, White-faced Scops Owl, Pearl-spotted Owlet, Verreaux’s Eagle Owl, and Spotted Eagle Owl. Other raptors are also well represented, and Lesser Flamingos and ostriches occupy various plates. Indeed, many of the photos are portraits, the kind of images that allow one to see details of the face and even the bird’s eye that might otherwise be missed despite a lifetime of familiarity with the species, as with, potentially, the hint of blue eyebrow on Plate 19’s Somali Bee-eater. Some spreads are one long plate, so that the image is a single elongated two-page photo, as with the stunning flock of Blacksmith Plovers on Plate 73 and the menacing Goliath Heron on Plate 1.

There is no text anywhere on the plates, which has the downside that if you aren’t closely familiar with East African birds, you won’t always know what species you’re looking at and will have to check in the appendix at the back of the book, which also lists the locations of each photo. The benefit, however, is that the photo is presented in a way that offers no textual distractions: It is just the beautiful image, and one is encouraged to absorb the image more fully without the eye being tempted by a caption. This arrangement also makes it easier to quiz yourself on the birds while flipping through, since you need to flip to another page, easily enough reached in this cleanly structured book, to check if you were right.

Todd Gustafson’s To the Ends of the Earth: Birds of East Africa, Volume 2 is an exceptional photography book from a region of the world known for exceptional wildlife. Any birder with a love for excellent bird photography, East Africa, or the coffee table book genre should expect to enjoy this work.

But just about any birder preparing for East Africa or even merely wanting to know more about East African birdlife will probably not be relying wholly on a photography book. For that, birders have Terry Stevenson and John Fanshawe’s second edition of Birds of East Africa: Kenya, Tanzania, Uganda, Rwanda, Burundi, significantly revised from its first edition.

Most of the illustrations are the same, but they average bolder and darker. In general, this gives the birds a sharper appearance, but for already dark-plumaged birds this may veer toward being excessively darkened, for instance with the Ciconia black storks and many of the vultures. Some illustrations have been moved, such as with the Stone Partridge, which now appears alongside some of the francolins rather than the guineafowls, but in general the plates are quite similar.

One of the most significant updates is the inclusion of range maps to the left side of the species account, an immense help for visiting birders, whereas the first edition features them on the right side of the species account, close to the binding. The range maps are also more detailed—with different shadings to represent breeding, migratory status, etc.—and updated to reflect changes in distribution and possibly detection. Species accounts are notably expanded, including more information such as different races and potential future splits, but the increased text still does not crowd the page.

Another upgrade from the previous edition is three new or improved appendices. Before the first appendix is a list of recorded vagrants to the region, always a fun and indirect way to get to know an area’s birdlife, which features small illustrations of the birds and fairly detailed textual notes, including where the records, or in some cases single record, are from. Then the first appendix is a handy chart of East African endemics, with the countries in which they can be found marked alongside their conservation status. The second appendix is a similar chart just listing each species’ conservation status as assessed by BirdLife International, which contains significant overlap with Appendix 1 but doesn’t have quite the same set of birds. The third appendix has maps of the Important Bird Areas of all of the field guide’s countries. Kenya and Tanzania dominate, with many more sites than their neighbors, but it’s interesting to get a sense of the key areas in each country. Frank Izaguirre edits Birding magazine, curates its Book and Media Reviews column, and writes the biweekly Birds and... column on the ABA's website. Frank is a PhD student in English at West Virginia University, where he is finishing his dissertation on the influence of field guides on environmental thinking. He lives in Pittsburgh, Pennsylvania, with his wife, Adrienne, and their daughter, Maya.