A Grand Voyage to the “Grandest Island”

A Grand Voyage to the “Grandest Island”

A review by Lori Potter 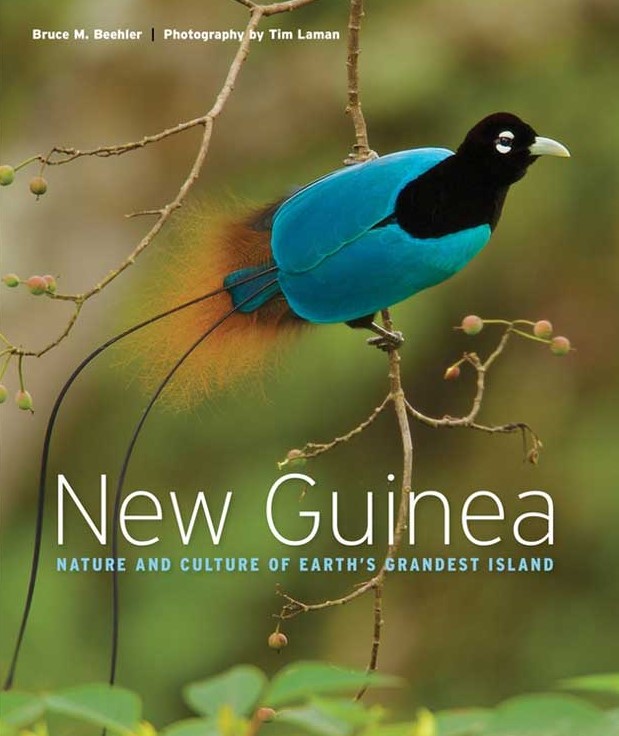 If ever there were a place that exemplified the status “poorly known,” the island of New Guinea would be a leading candidate for the distinction. As I do a quick brain scan for my own associations with that faraway tropical island, I think of Richard O. Prum’s fascinating analysis of the courting habits of its native bowerbird species, which played a starring role in his recent book, The Evolution of Beauty (reviewed in the April 2019 issue of Birding). I think of Margaret Mead doing her pathbreaking research among its Indigenous people. And I think of it as a theater of World War II operations, and as the place where the 1997 remake of Robinson Crusoe, starring Pierce Brosnan, was shot.

These sorts of random data points fail to pixelate into anything that would dispel Beehler’s thesis that New Guinea ranks as “poorly known.” His book aims to improve on that, starting with common conceptions of basic political geography. If the Jeopardy clue were “These two countries share equal acreage on a large island,” then “What are Haiti and the Dominican Republic?” would be the usual, but the wrong, answer. Beehler starts with the basics, explaining how Indonesia and the independent nation of Papua New Guinea split the island of New Guinea precisely in half, while charitably allowing that place names for the island and the region are “complex and confusing.”

The scarcity of knowledge about New Guinea underscores one of the author’s themes: that the island deserves to be better known. It contains vast, coveted natural resources—such as oil, gas, precious minerals—whose economic development challenges the very future of the biodiversity, cultural diversity, and plethora of Indigenous peoples and languages that are the subject of this book. Beehler points out that New Guinea ought to be, but rarely is, part of the conversation about the developing world. Without that conversation, there is unlikely to be conservation, he ventures.

Beehler’s new book, with Tim Laman’s dramatic photos, goes a long way toward rectifying this gap in popular knowledge about the island. Reading it is learning at its most enjoyable. Beehler knows how to present scientific and technical material to a nonacademic audience. As he says in the Acknowledgements, this book is intended to bring the natural history and culture of the island to a popular audience, which it does without dumbing down the material even a little bit.

Beehler writes very clearly: The reader does not have to back up and read the same text twice to understand it. While on the first page he calls New Guinea “the richest island on Earth as measured by plant and animal species and human languages,” he is not given to making assertions he can’t prove. Instead, the book takes the reader on a narrative and visual tour of the island that shows rather than tells just how rich it is. The book’s 18 chapters methodically address the key elements to knowing New Guinea, each tackling a distinct subject—for example, people, climatology, botany, paleontology, mammalogy, coastal marine, and so on.

What’s more, the author organizes beautifully. All of his text is presented hierarchically, so that the reader takes in the most important points first and moves on to supporting details. The book contains clear chapter titles, then headings and subheadings within chapters, a topic sentence for every paragraph and, occasionally, bolded key terms within paragraphs. (Reading The Grandest Island will make you realize how much you’ve been missing those features in other nonfiction.) Beehler’s style facilitates reading for key points and moving between chapters. This makes the book both an enjoyable read from the top and a convenient reference.

The author’s biography for the book calls him an ornithologist, but his bio and this book leave no doubt that he is in fact the consummate multitasker. In The Grandest Island, he writes all of the text on its wide array of subjects from history to herpetology. He gives ornithology a long and fascinating chapter, deepened by his having spent most of his adult life researching on New Guinea. Of the spectacular bird photos sprinkled throughout the book, most are by Laman, but some are by Beehler himself. The author is also a Research Associate at the Smithsonian’s National Museum of Natural History, a popular lecturer, and an informative blogger.

Happily for the reader, Beehler routinely makes time to be an author when he’s not being an ornithologist, photographer, educator, and scientist. His other books center on birding, and most are focused much closer to his Washington, D. C., area home. North on the Wing: Travels with the Songbird Migration of Spring (2018), reviewed in the February 2019 issue of Birding, describes his trip following migratory birds, with special emphasis on warblers. Natural Encounters: Biking, Hiking, and Birding Through the Seasons (2019) celebrates Beehler’s home patch writ large, telling of his peregrinations in the mid-Atlantic states near D. C. Those experiences with birding near home while biking and hiking have given us Birds of Maryland, Delaware, and the District of Columbia (2019).

The author’s next project will take a close-up look at the life history of the Hudsonian Godwit, focusing on breeding, migration, and stopover ecology in North America. Readers eager for a sneak peek at his godwit rambles can find it online at tinyurl.com/Beehler-Godwit.

Reading The Grandest Island now, during the quasi-lockdown phase of a global pandemic, makes this distant location feel even more unattainable. This is the opposite of what its author (who is, naturally, also a coauthor of the field guide, Birds of New Guinea, reviewed in the August 2017 issue of Birding) intended, to be sure. But if enjoying Beehler’s biography of New Guinea, the grandest island, is the best one can do, this year or any year, it is an impressive second best. 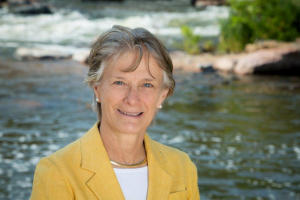 Lori Potter practices conservation law, writes for a variety of publications, and combines birding and bicycling at every opportunity. For Birding magazine, she has contributed several book reviews and a profile of Dorian Anderson's Big Year by Bike. Lori is based in Denver, Colorado.