A new digital audio collection, SEAZ Birds: The Missing Tracks, is available to the birding community as a free download. The project was created by local birder Diana Doyle, who recently moved to Southeast Arizona’s unique birding region of the Madrean Sky Islands. Logging hours in the field, she noticed that many of the region’s unique borderland calls were missing in the popular national birding apps, whether it was a common species like Bewick’s Wren with its very different Mexican song, or a hoped-for rarity such as Eared Quetzal. “I thought the project would simply remain isolated on my iPhone, but with the help of my high-tech husband it’s now a packaged resource I can freely share with other birders,” says Doyle.

SEAZ Birds: The Missing Tracks ultimately became a 117-track, 75-species, five-disc digital collection with extensive liner notes (0.7MB pdf). It includes regular species with missing calls (such as Crissal Thrasher), regional specialties and subspecies (such as Elegant Trogon), rare birds (such as Rufous-capped Warbler), and long-expected state-firsts not yet on the Arizona Checklist (such as Rusty Sparrow).

EDITED AUDIO — About one-quarter of the audio files are Doyle’s personal recordings. The remaining three-quarters are from Xeno-Canto, an online citizen-science database containing nearly a half-million recordings. Instead of simply harvesting tracks from Xeno-Canto, each audio candidate was singled out by quality and location, then edited using Audacity software to create clean, consistent, and succinct ten-second snippets for easy field identification and study. (For example, Xeno-Canto has 80 recordings of varying quality and length for Tufted Flycatcher but the album contains one high-quality track recorded locally, then edited from 44 seconds to a background-noise-reduced, volume-balanced, focused 8-second clip of the commonly-heard “tzurrree-tzurrree” call.)

OFFLINE USE IN THE FIELD — Available for computer home study, the album also can be downloaded to any smartphone for use in the field without cellular or internet connection, a common situation in the Sky Islands. Since the audio files are edited, each disc is only the size of a few high-resolution photos.

SUPPLEMENTS The Sibley eGuide to Birds App — SEAZ Birds: The Missing Tracks is designed to complement this widely-used national birding app. A national app can’t focus on regional specialties, and must omit audio for many of the “Mexican” species that draw birders here to add to their life lists, such as Slate-throated Redstart, Nutting’s Flycatcher, and Sinaloa Wren. It also includes Mexican subspecies of familiar birds with regional songs that are confusing to visiting birders, such as Brown Creeper; and locally-common birds that are missing vocalizations often heard in Southeast Arizona, such as Buff-breasted Flycatcher’s call.

INCLUDES LONG-ANTICIPATED RARITIES — Twelve species are included that are not yet on the Arizona Field Ornithologists Checklist, but are expected given their patterns of vagrancy or their distribution in the adjacent Mexican state of Sonora. Examples are Orange-billed Nightingale- Thrush, Mountain Trogon, Rusty Sparrow, and White-striped Woodcreeper.

“ I have two goals for this project, one modest and one a pipe-dream. I hope that visiting birders can study a species at home and then preview a vocalization at the trailhead, helping them locate a life bird. And on a grander scale, maybe this album is on someone’s smartphone the day a Rusty Sparrow is heard … and my audio collection helps to add a new species to the Arizona Checklist.” 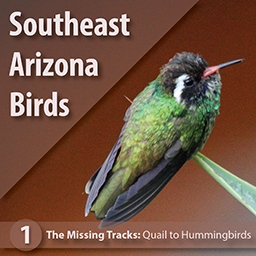 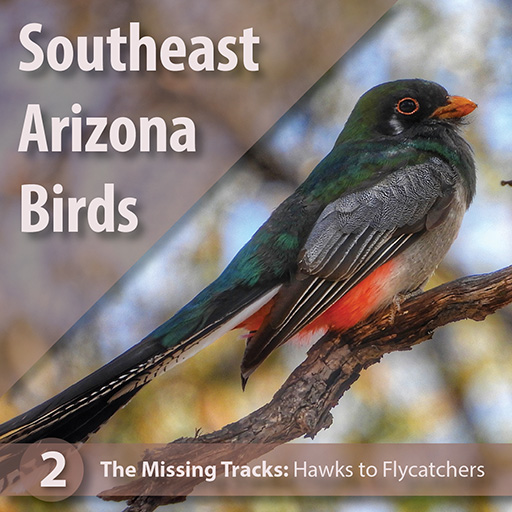 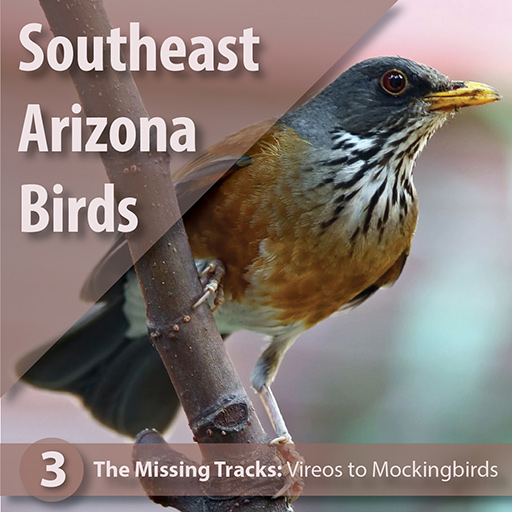 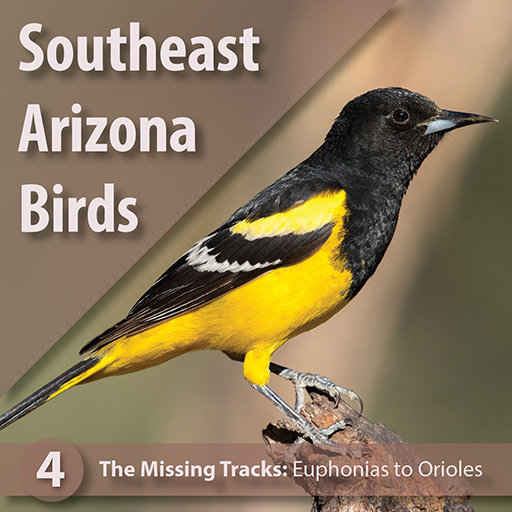 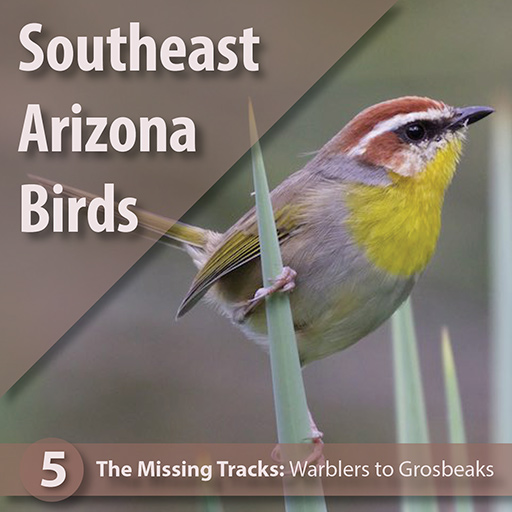 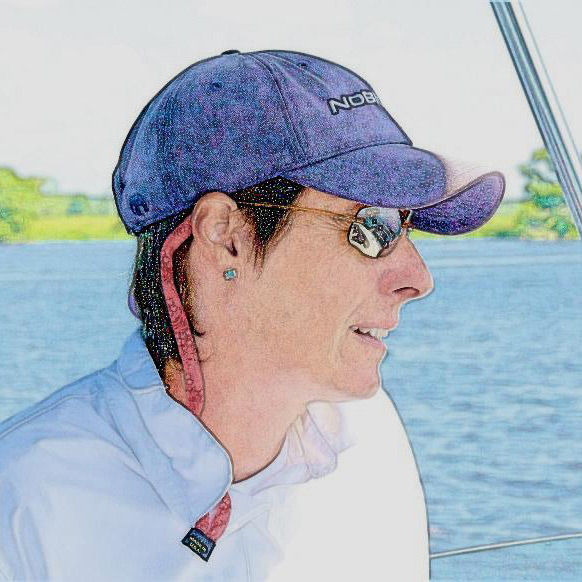 Diana Doyle was Department Editor of Birding’s Tools of the Trade column from 2011 to 2016. She has also written conservation and bird behavior articles for BirdWatching, Bird Watcher’s Digest, and the ornithological societies of Minnesota and Florida. She lives in Southeast Arizona.
American Birding Association2022-01-19T17:09:10-05:00