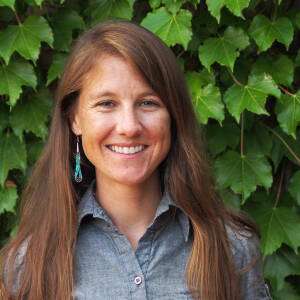 Delaware City, Delaware – Rebecca Minardi has been hired as Birding magazine’s new Book and Media Reviews Editor. Rebecca is an experienced book reviewer who has contributed multiple reviews to the column and also written other articles for Birding.

Rebecca Minardi is passionate about connecting young people with nature, fostering a love of birds at an early age, and stopping species loss. She received her Master of Public Health from Des Moines University in 2012 before falling in love with birds. After she grew more concerned about habitat destruction and extinction, she joined the board of Detroit Audubon in 2015, where she is now Vice President. She earned her Master in Science in Community Sustainability from Michigan State University in 2019, and, from there, her family moved to New York City, where she facilitated Free Forest School sessions for children in Central Park.

Since 2020, Rebecca has been a judge and mentor for the ABA’s Young Birder of the Year Mentoring Program. In addition to contributing articles to Birding, Rebecca has also written for NYC Audubon’s Urban Audubon and Detroit Audubon’s the Flyway, where she is also a co-editor. She now resides in Peoria, Illinois, and enjoys birding with her two young children.

Rebecca Minardi replaces Frank Izaguirre as Book and Media Reviews Editor. Frank remains in his role as one of the Editors of Birding magazine and a biweekly columnist on the ABA’s website. The ABA is thrilled to add Rebecca to its editorial staff and continue the ABA’s long tradition of producing the highest quality writing about birds and birding for its members and the broader birding world.