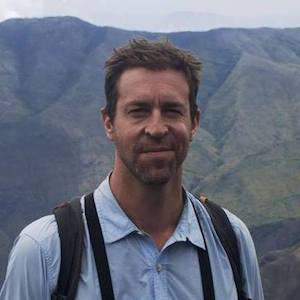 Birders know the South American nation of Colombia as the most bird-rich country on the planet, but Colombia’s reputation among the general public is unfortunately somewhat more mixed. That is something that the Colombian government and non-profits who work there are trying to fix, as Colombia is heavily playing up its bona fides as a travel destination. Luckily for nature-lovers, birding is a big part of that strategy and John Myers of Conservation International has been working to build advise ecotourism initiatives in Colombia that promote conservation and lay the groundwork for an organic birding culture, and he joins me to talk about the amazing things going on in the biodiversity capital of the world. We mention the film, The Birders, as a great example of how birding has taken off in Colombia.

If this episode whets your appetite to visit Colombia, join us at our Colombia event this summer!

Also, more birding in the news, birding board games, and a new birding web-series!

Thanks to the Grays Harbor Shorebird Festival for their support of the American Birding Podcast.