January is always a cold month, but the past month has taken our thermometers to new extremes! Much of the South dipped below zero degrees Celsius, while the North was lucky to stay above zero degrees Fahrenheit. The record low temperatures kept many birders indoors, but a few young birders managed to get in the field nonetheless.
David Bell of Birding In … encountered seven Sharp-tailed Grouse – a bird that can tolerate this kind of weather – and captured a fantastic series of photos of one of them.

As I pulled up, 7 Sharp-tailed Grouse quickly scattered from under the feeder, with 6 of them running further back into the cover of some spruce trees. The 7th bird ran up to the edge of the road and then sat there for about 5 minutes while I clicked away (using the car as a blind), and it even came out on the road to pick grit about 15 feet from me before it took off over the house! 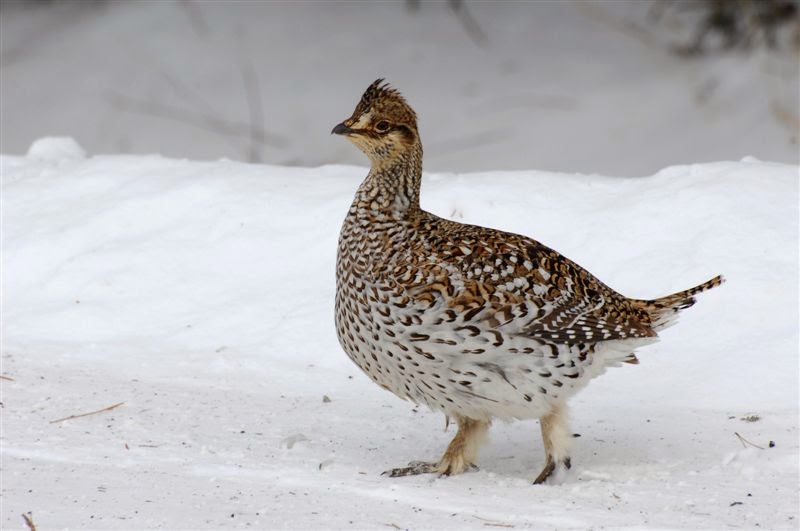 Despite the fact that none of their alarms went off, Lucas Bobay of Birding with Bobay and two of his birding companions set their personal big day record of 108!

We knew we could get Screech Owl in the same spot we had them on Friday, so we headed there first. Three responded to our playback.  We sat quietly and listened to their haunting yet fascinating cries, reflecting on the day. We tried our luck with other owls, but Screech was the only species present. The marsh was our last destination.  I played a Sora call over the speakers, hoping to get one last bird. After several tries, we finally had a brief response, making Sora, #108, our last bird of the day. Despite the late start, we still managed to outdo ourselves yet again. We are starting to get the hang of this big day business! 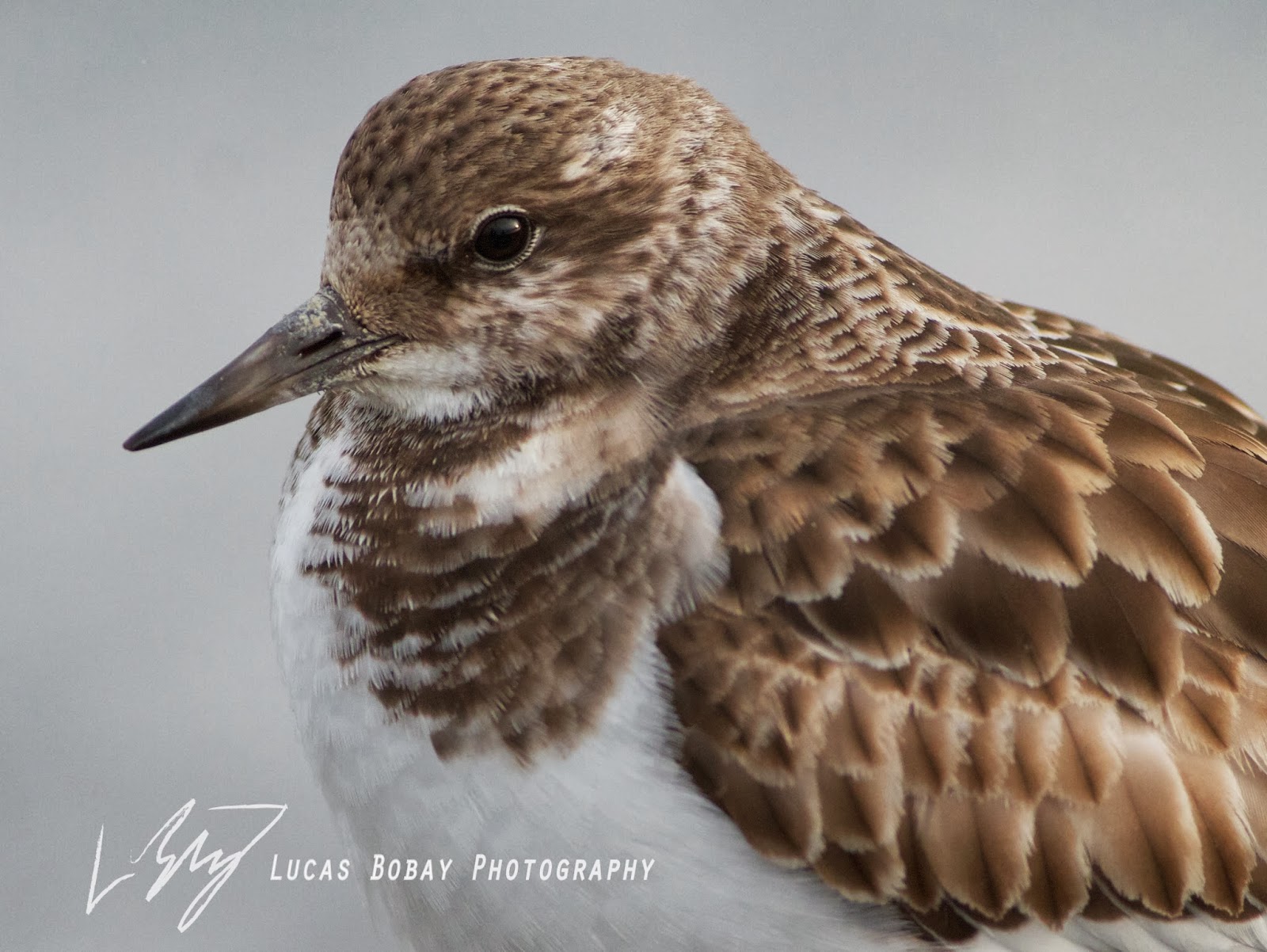 This turnstone, dubbed “Levi,” followed the Big Day team around for quite some time! Photo by Lucas Bobay.

It’s no secret that this winter has seen a Snowy Owl irruption for the ages. Charlotte Wasylik, the Prairie Birder, provides an explanation for this invasion.

This recent invasion is likely caused by a lack of food supply for the owls, following a plentiful supply of lemmings last spring and summer in the owls’ breeding grounds, which meant the adult owls were able to raise lots of young. But this past fall and this winter, the lemming population may not have been able to keep up with the increased owl population, forcing young owls and even some adult birds south and east in search of food.

This Snowy Owl was seen right near Charlotte’s farm! Photo by Charlotte Wasylik.

Nathan Martineau of The Crow’s Roost has somehow managed to find enough open water in freezing Michigan to yield a surprisingly diverse array of waterfowl near his house.

The river here briefly narrows, widens, and narrows again, twice bottlenecking all of the river’s water.  This creates currents swift enough that there is always a nice long stretch of open water, no matter how cold it gets. For this reason, this is the best stretch of river to find diving waterfowl. Earlier this month, for example, I was thrilled when two consecutive visits to Potter Park rewarded me with amazing numbers and diversity of diving waterfowl. These consisted of a Lesser Scaup, four Buffleheads, three Common Goldeneyes, five Ring-necked Ducks, an American Coot, and, best of all, all three mergansers: one Hooded, five Commons, and three Red-breasteds.  I couldn’t believe that I was seeing all three of them on a shallow river two miles from my house!

One of Nathan’s rarest waterfowl sightings this winter has been a Red-breasted Merganser. Photo by Nathan Martineau.