This season often has less excitement than other seasons in the region, except for Barbados. Its location in the western tropical Atlantic Ocean may attract species from three continents during this period of one-sixth of the year. Pacific Golden-Plover from either North America or eastern Siberia; Black Kite from Europe and Striated Heron from South America. At Bermuda, highlights included the return of a Leach’s Storm-Petrel to Nonsuch Island and the first July record of Killdeer.

Two Black-bellied Whistling-Duck were photographed 20 Jul at Maillis Farm, New Providence, Bahamas for the first time (FM). A very late or injured Ring-necked Duck was reported 21 Jun (SG) near Rt. 485 at Camuy, Puerto Rico. A Hooded Merganser was once again summering in Bermuda, seen at Port Royal G.C. 1-31 Jul+ (AD). A covey of seven Northern Bobwhite was noted 13 Jun (LH) at Gladstone Rd Agricultural Centre GRAC, New Providence, Bahamas. A Pied-billed Grebe summered at Somerset Long Bay NR, Bermuda (AD, DBW). There was record breaking success for the Cahow (Bermuda Petrel) with 117 pairs producing 61 fledglings (JM). The rarely reported Great Shearwater was noted/ph 19 Jun (KMK) at Cherokee Sound, Central Abaco, Hope Town and Green Turtle Cay, Bahamas; where it or another was seen again (KMK) 15 Jul “in a flock of feeding Audubon’s Shearwater for a good comparison.  Kemp states Great Shearwaters are in this area around this time of year for the past two years”. A Leach’s Storm-Petrel once again returned to a vacated Cahow nest burrow on Nonsuch Is., Bermuda, being captured on a webcam 13 Jun-17 Jul (JM).

A vagrant Great Crested Flycatcher was tentatively identified and photographed 3 June (SG, SC) at an abandoned lot, Añasco, Puerto Rico where SG remarked “noticed the yellow belly of this flycatcher and able to take a few photos. At first, I thought it may be a Stolid Flycatcher, but (SC) Sergio Colon tentatively identified it as Great Crested Flycatcher, which is a rare and a lucky find. [The last reliable records are from a few decades back]. What stands out about this flycatcher are the yellow belly, gray wash throat and breast, brown cap and mantle as well as tail, rufous-orange flashes in primaries. Aside from that, it has broad shoulders and a large head. It is certain that the genus of this bird is Myiarchus, and that the possible ID can be narrowed down to a handful of species out of over 20 Myiarchus species. Since there are several, extremely similar looking species that exist in the geographical range of PR, the most secure way to identify the species would be by sound.” 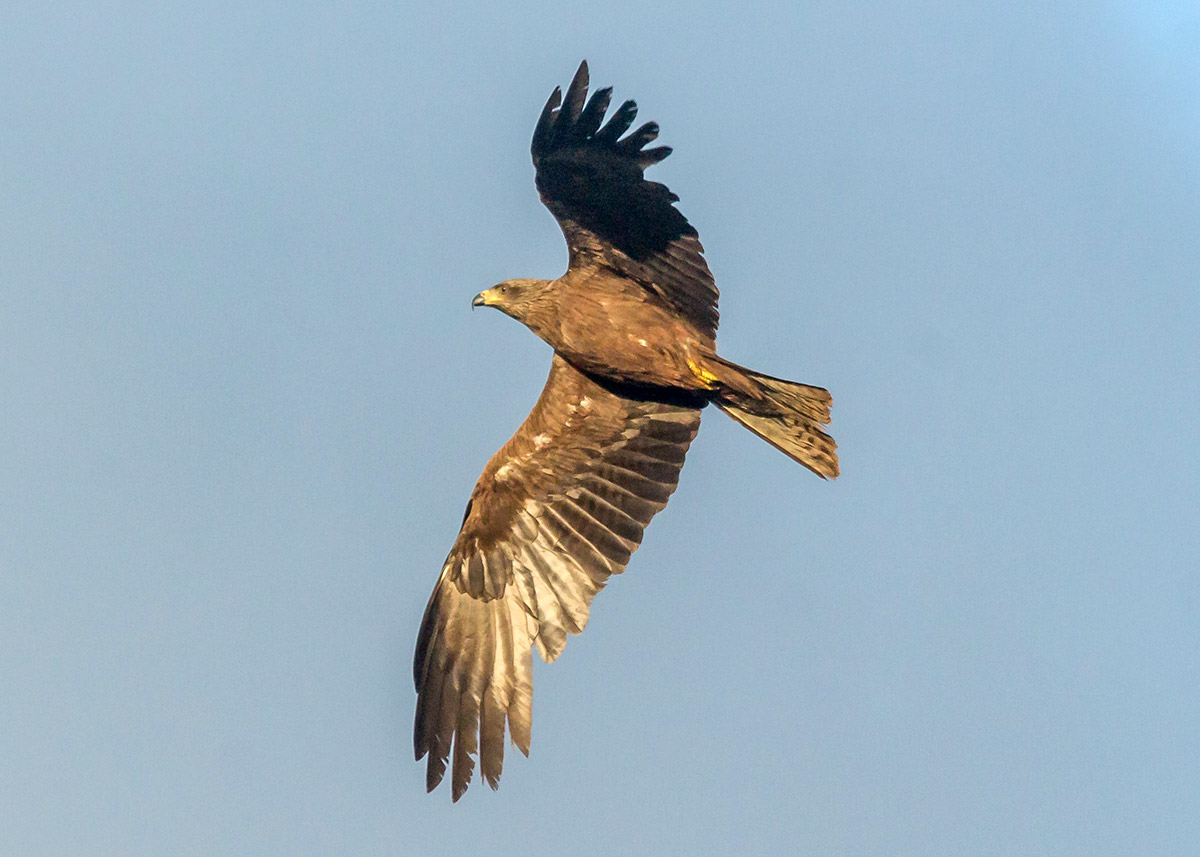