The full effect of the volcanic eruption on St. Vincent in April has yet to be fully assessed but will undoubtedly have had a serious impact on the avifauna including the endemic threatened St. Vincent Parrot and endangered Whistling Warbler. Puerto Rico recorded its first Yellow-hooded Blackbird, while Saint Kitts recorded its first Arctic Tern. In Bermuda, Killdeers bred for the first time. The island also recorded its second Atlantic Puffin. 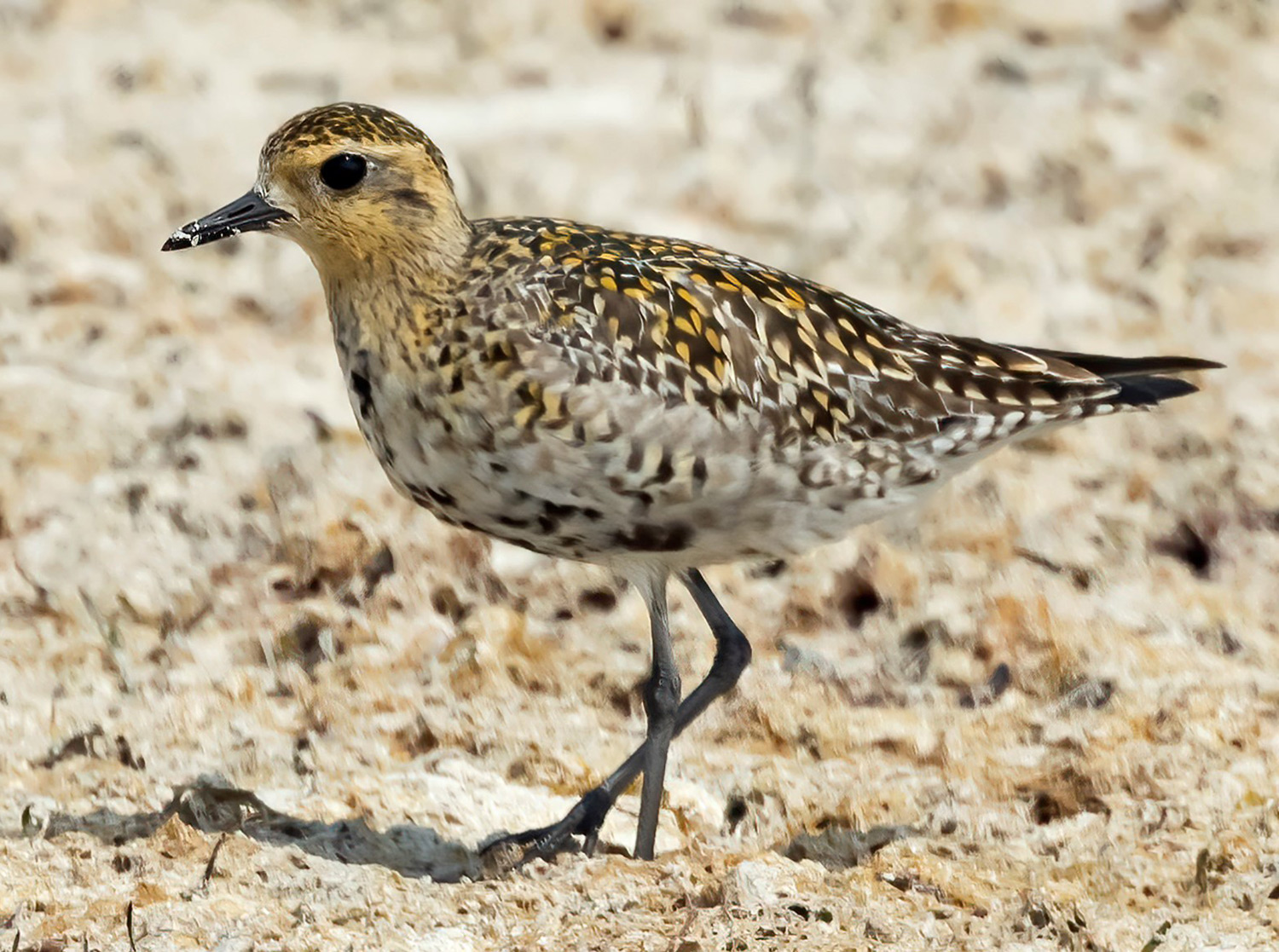 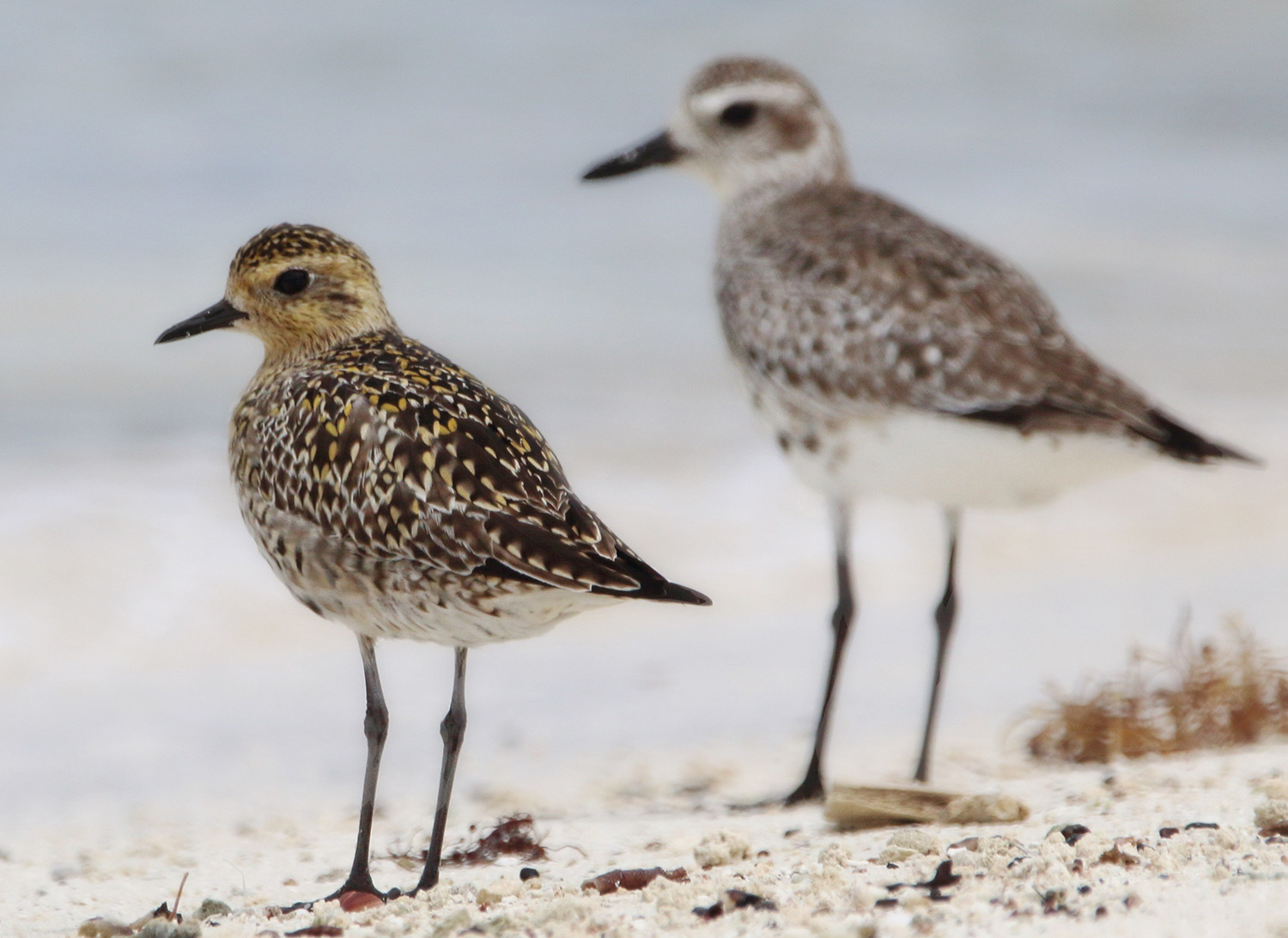 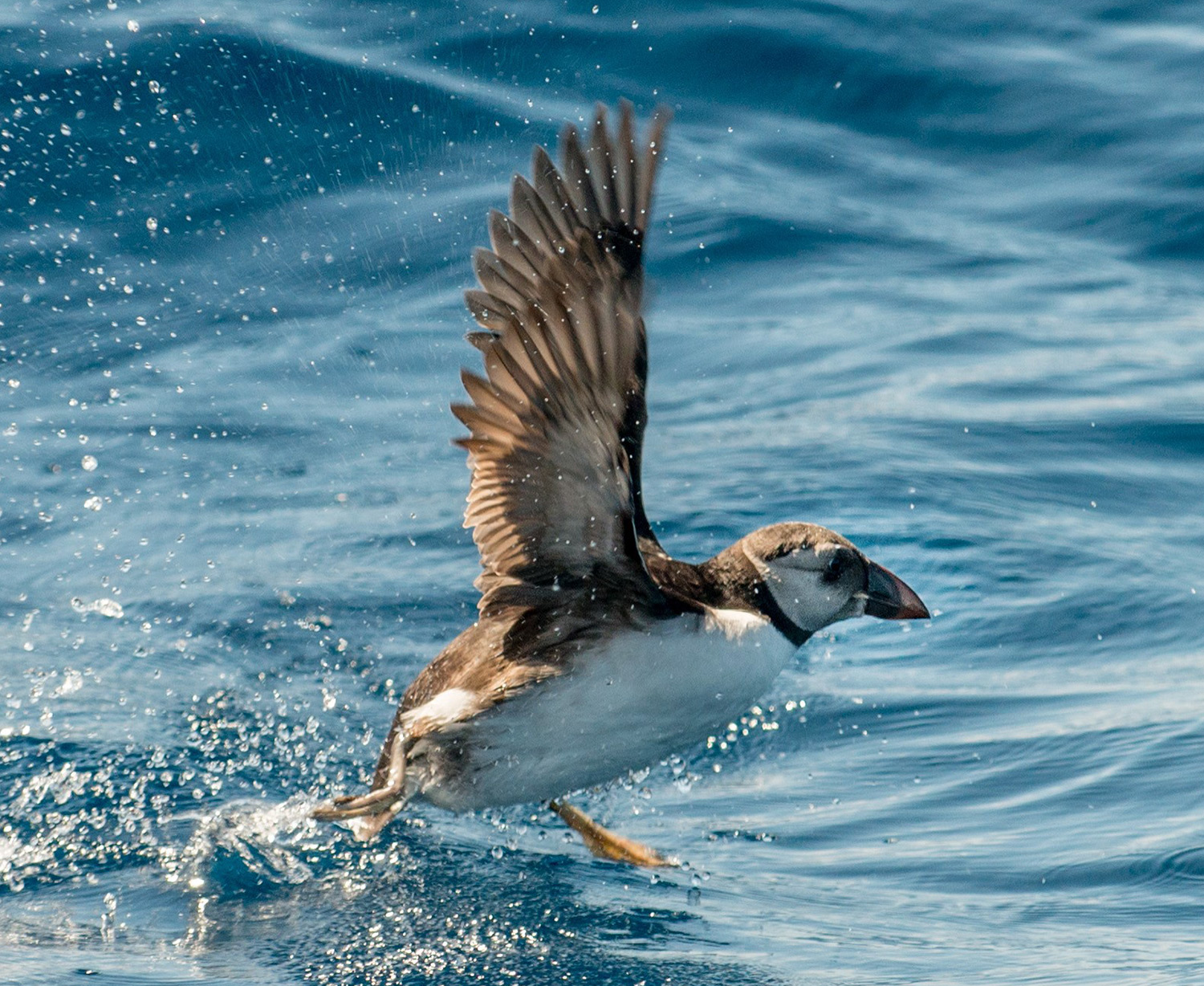 While on a fishing trip at Sally Tucker’s, a few miles off Bermuda’s west end, Chris Burville photographed an Atlantic Puffin, only the second ever record for Bermuda. Photographed here from his boat on 10 Mar 2021. Photo © Chris Burville. 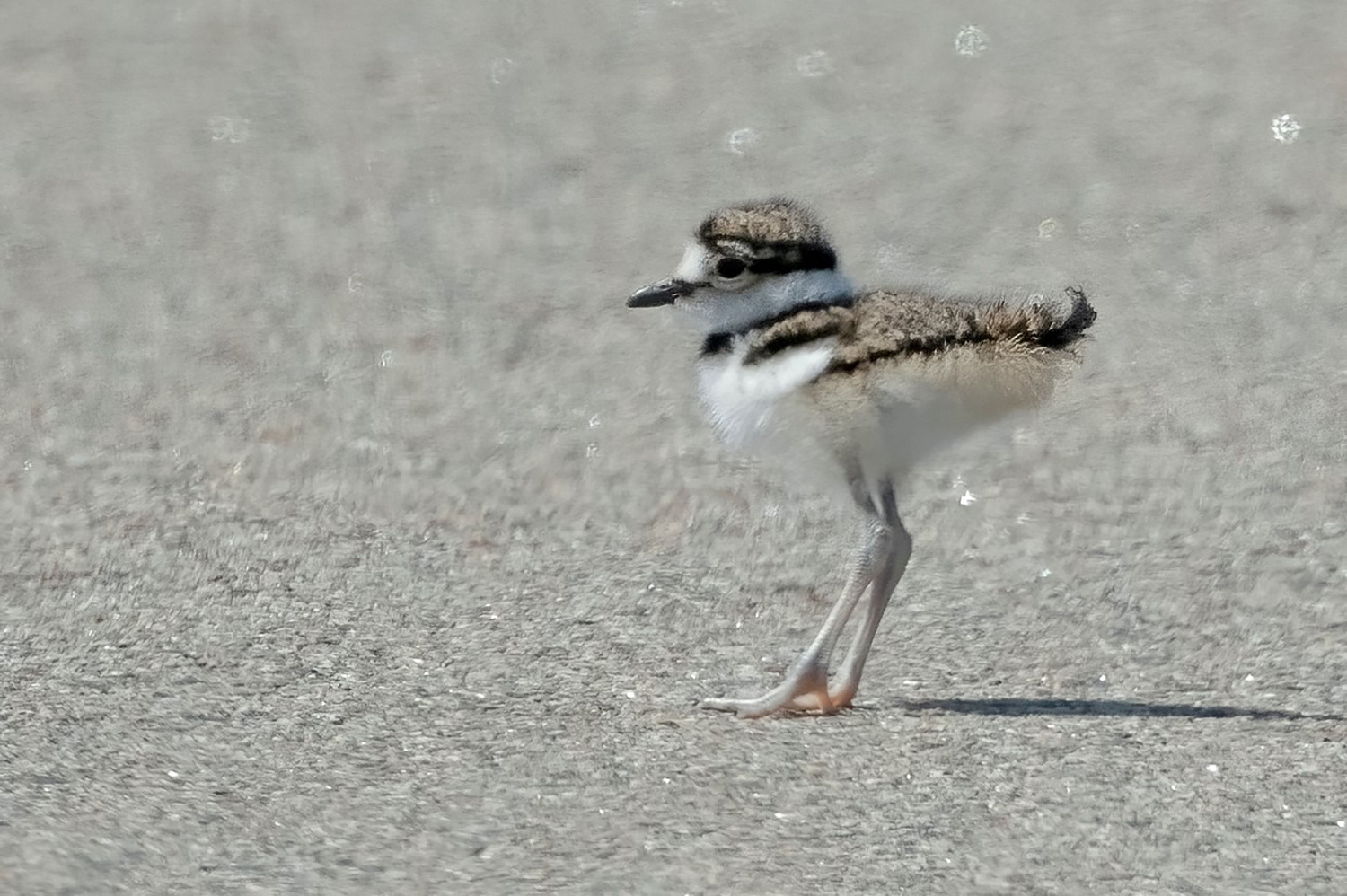 Killdeers bred in Bermuda for the first time, with four pairs raising nine young at Bermuda Airport Pond in Apr and May. Photographed here on 9 Apr 2021. Photo © Tim White. 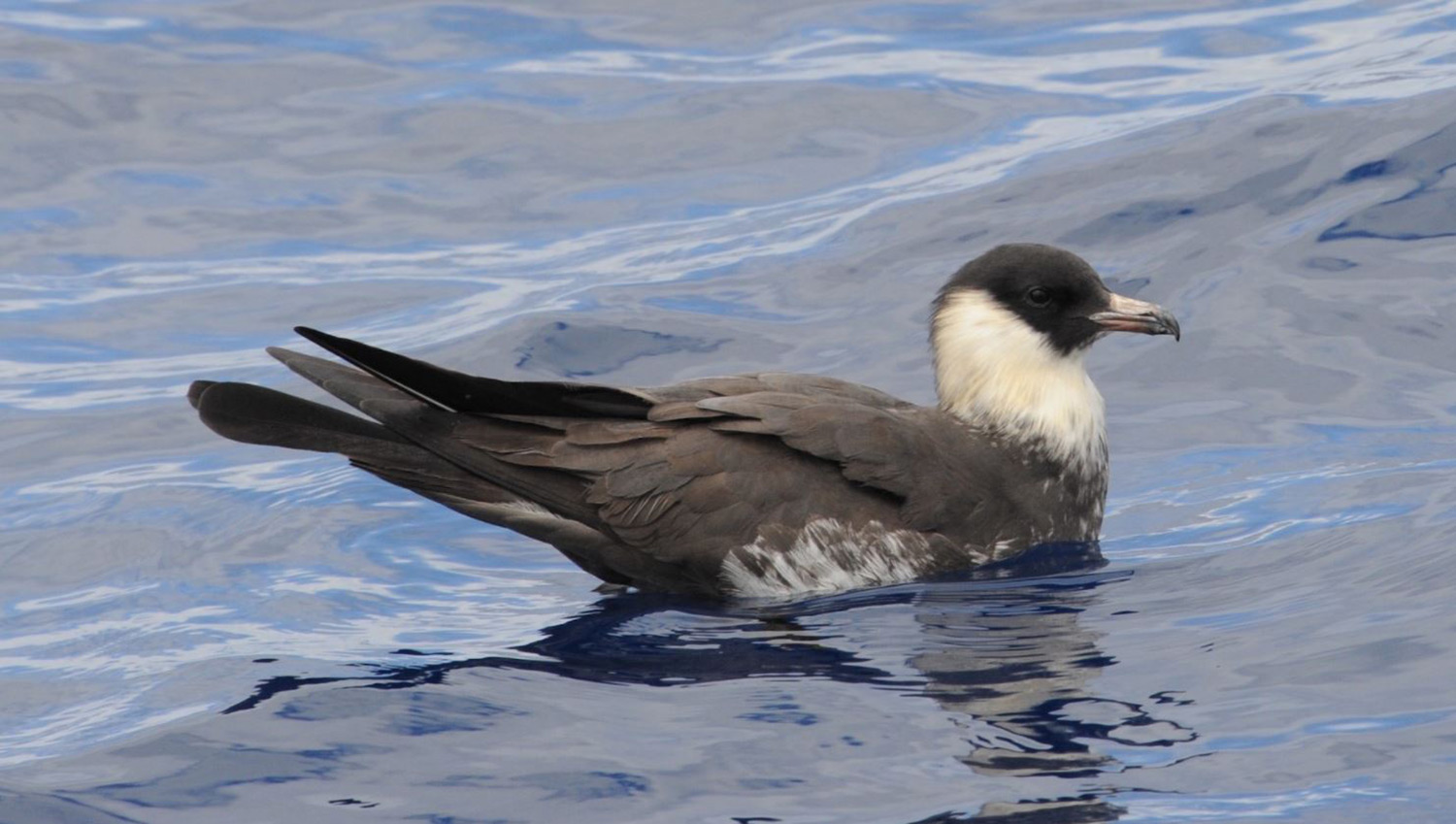 A Pomarine Jaeger alighted on the ocean next to a boat on Challenger Banks off the SW tip of Bermuda on 2 May 2021 providing a great photo opportunity. Photo © Rachel Van de Weg. 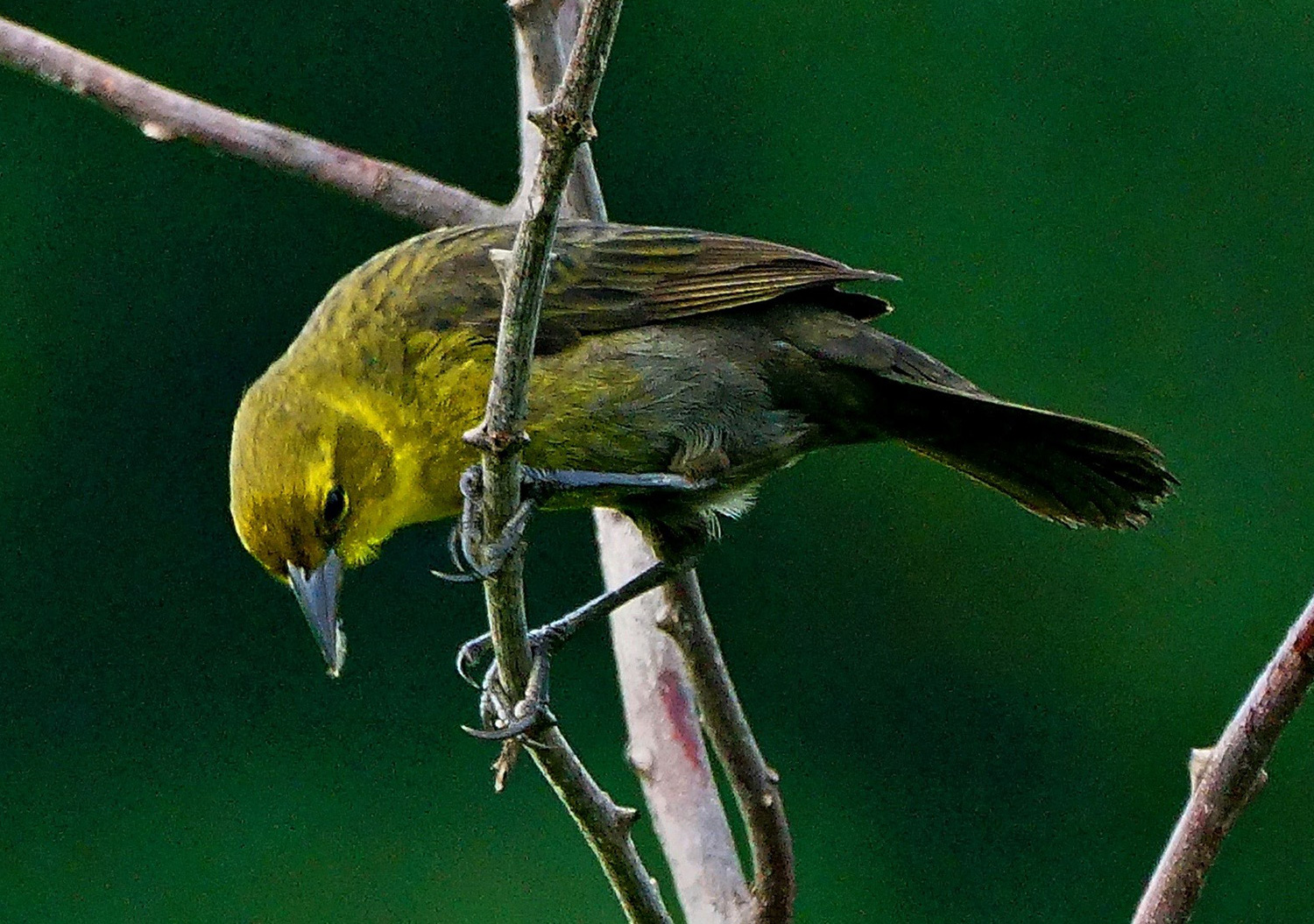 A Yellow-hooded Blackbird provided a puzzle for Sadhu Govardhan when he discovered and photographed it at Cabo Rojo NWR, Puerto Rico on 23 Apr 2021. This species is abundant in northern South America but had never been seen this far north. Photo © Sadhu Govardhan. 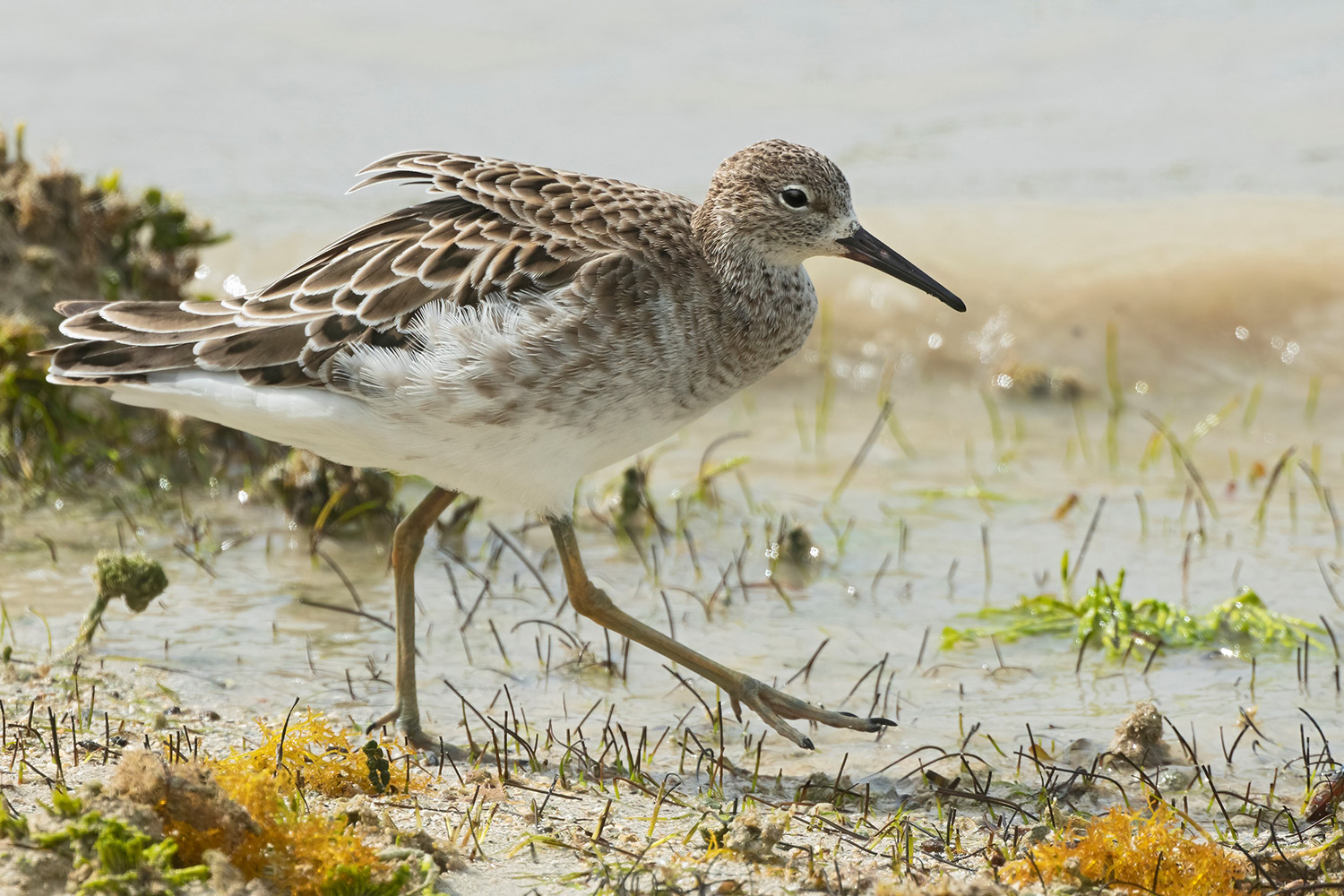 Ruff are now almost annual vagrants in Bermuda. Present throughout the winter, this bird was last seen and photographed here at Ferry Reach on 29 Mar 2021. Photo © Tim White. 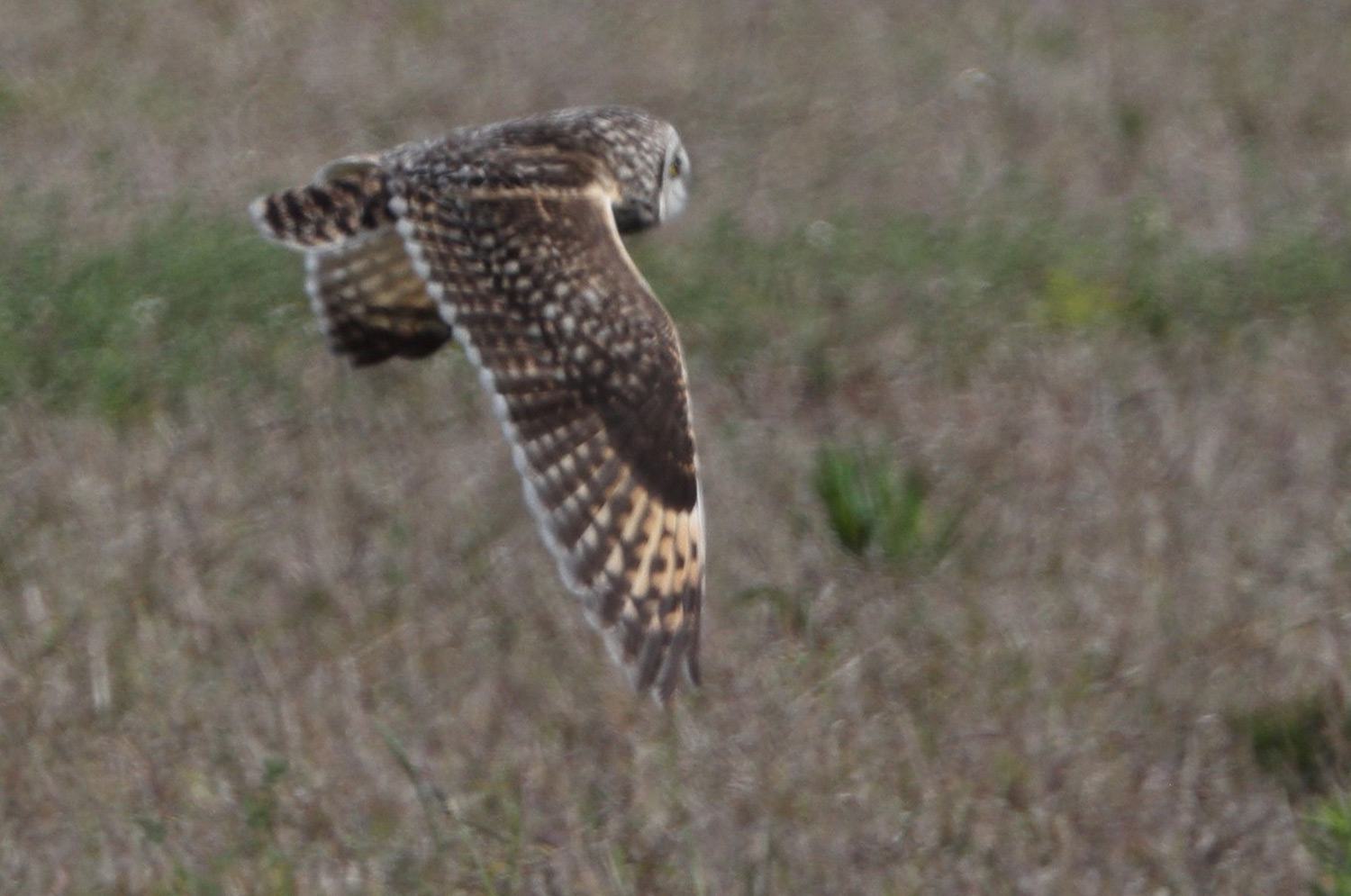 Short-eared Owls are rare in Bermuda, so it was a surprise when one first seen on 17 Feb at Bermuda Airport was joined by a second bird 10–27 Apr, with one bird remaining to 2 May. Photographed here on 11 Apr 2021. Photo © Richard Brewer. 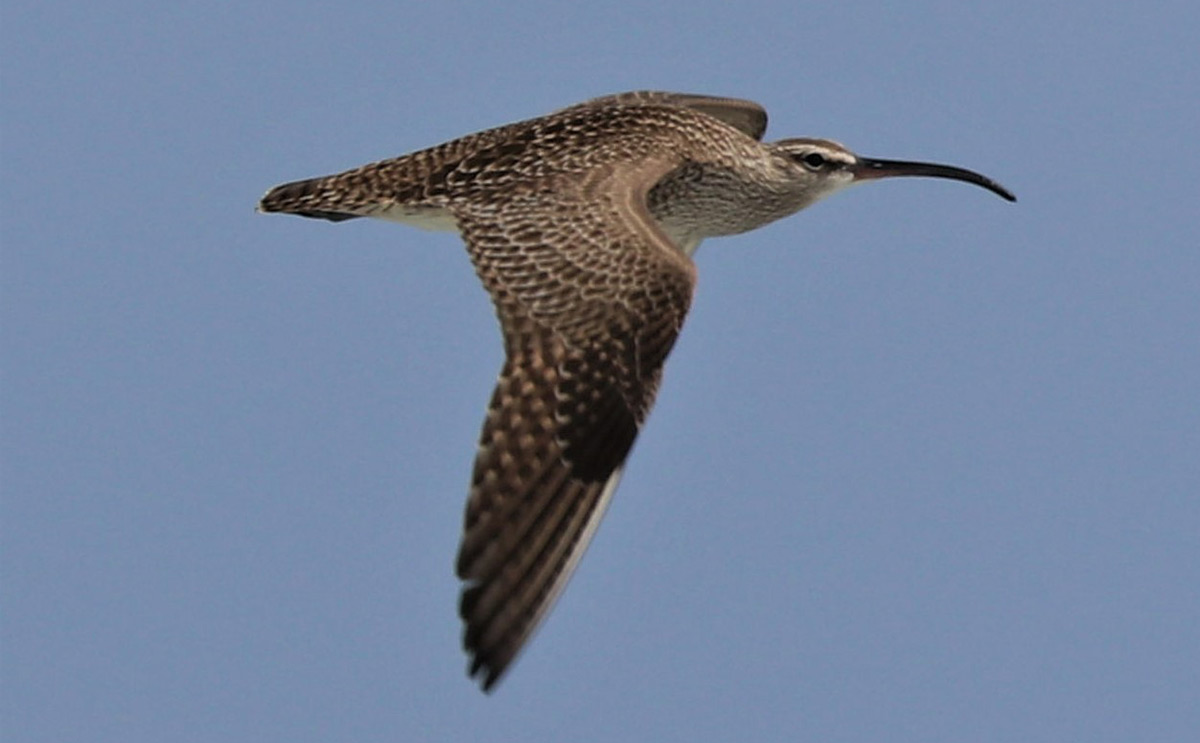 Petite Terre witnessed an impressive passage of over 100 Whimbrel on 28 Apr 2021. This Whimbrel was photographed passing at the same location on 13 Apr 2021. Photo © Anthony Levesque. 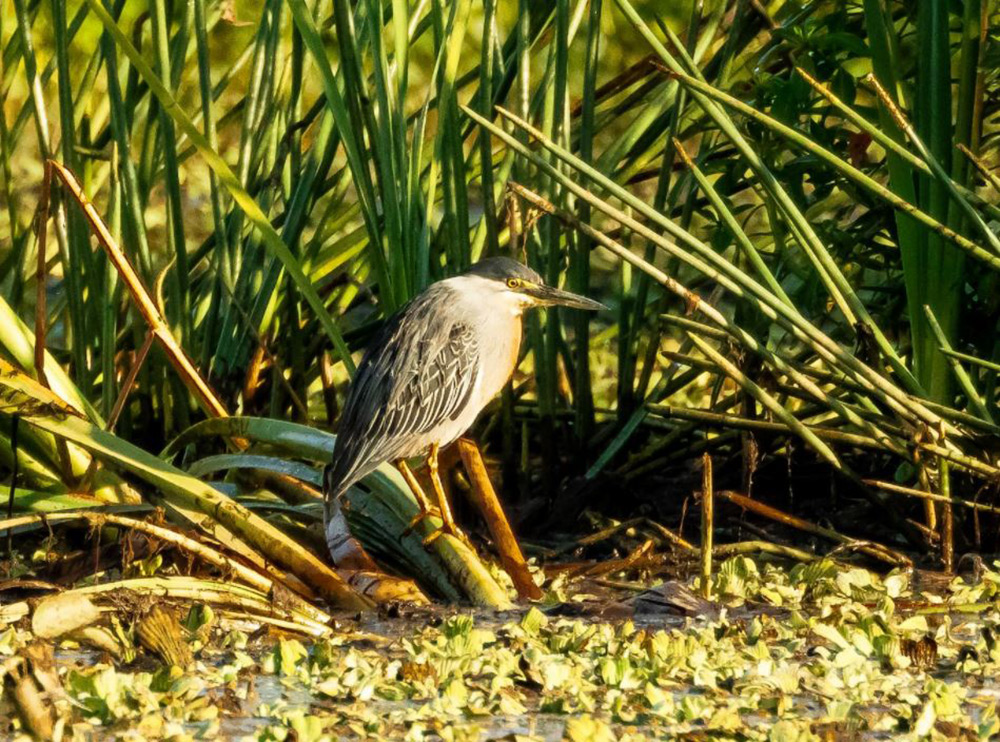 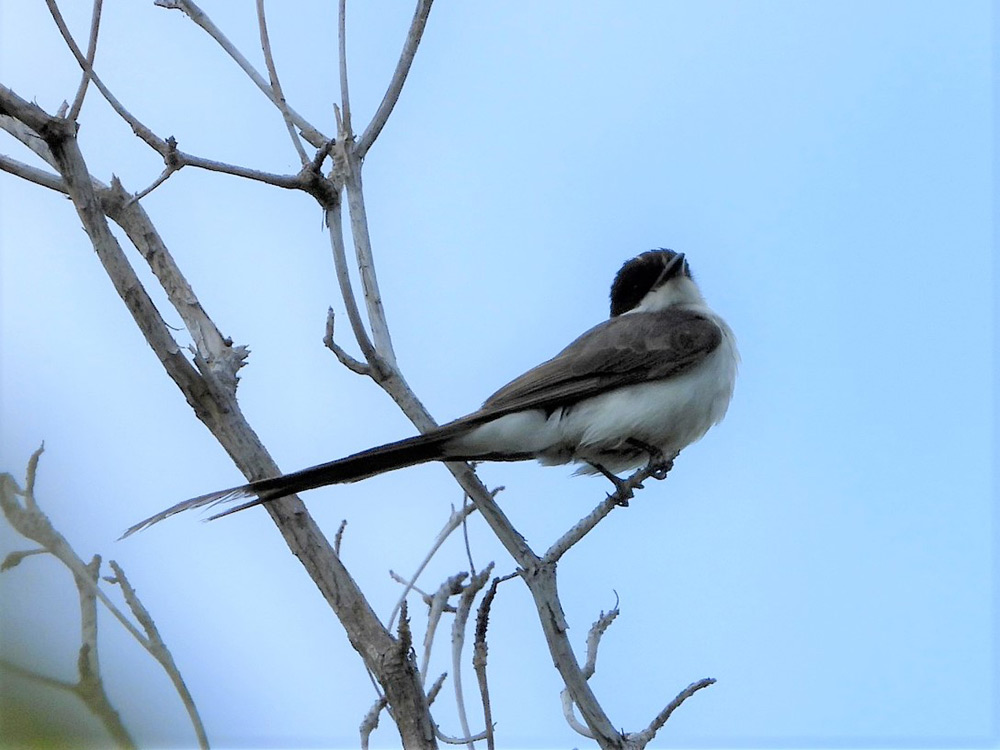 A Fork-tailed Flycatcher was a welcome visitor to the Garden of the Groves, Freeport, Grand Bahama on 22-23 May 2021. Photograhped here 22 May. Photo © Martha Cartwright. 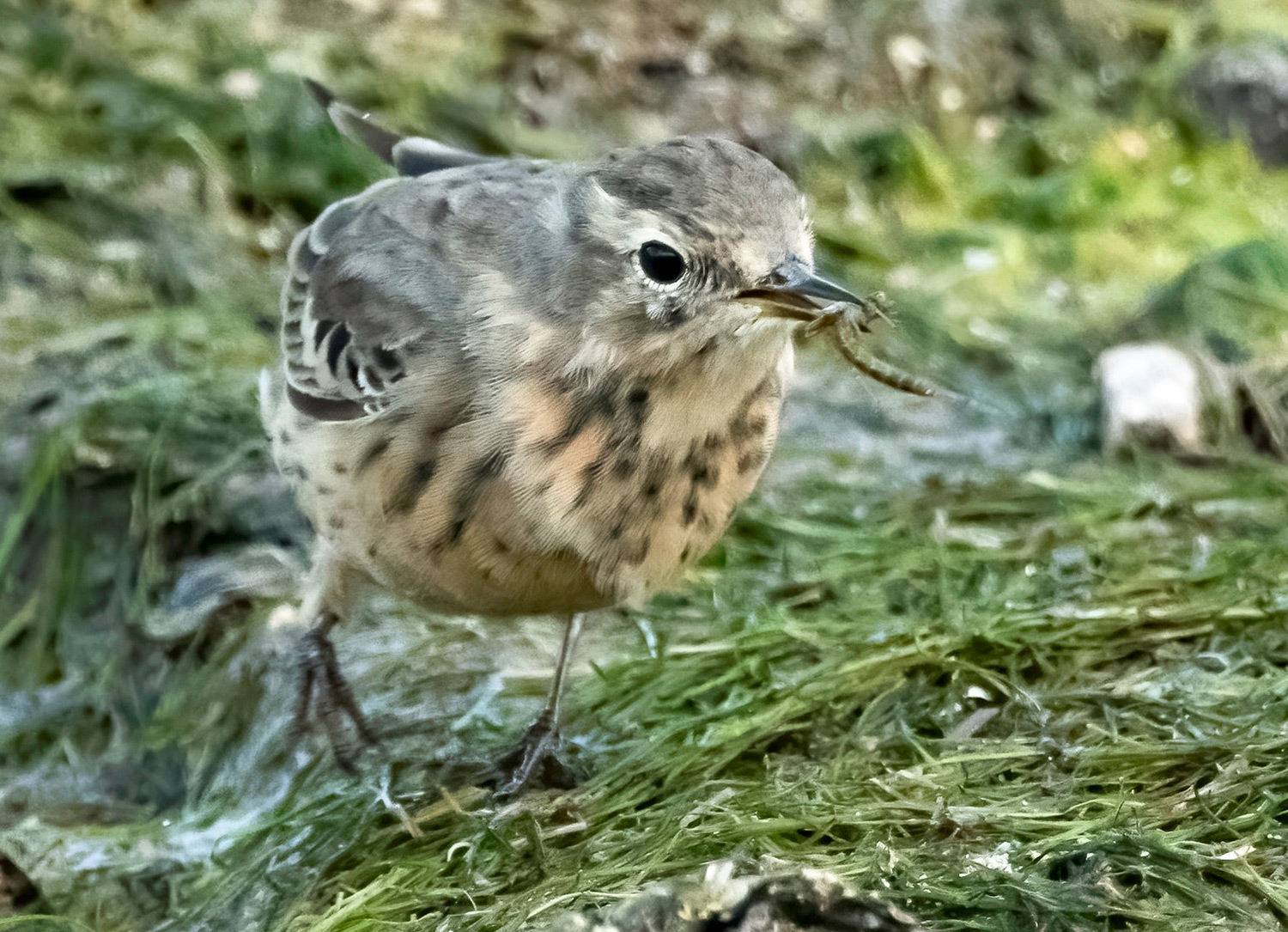 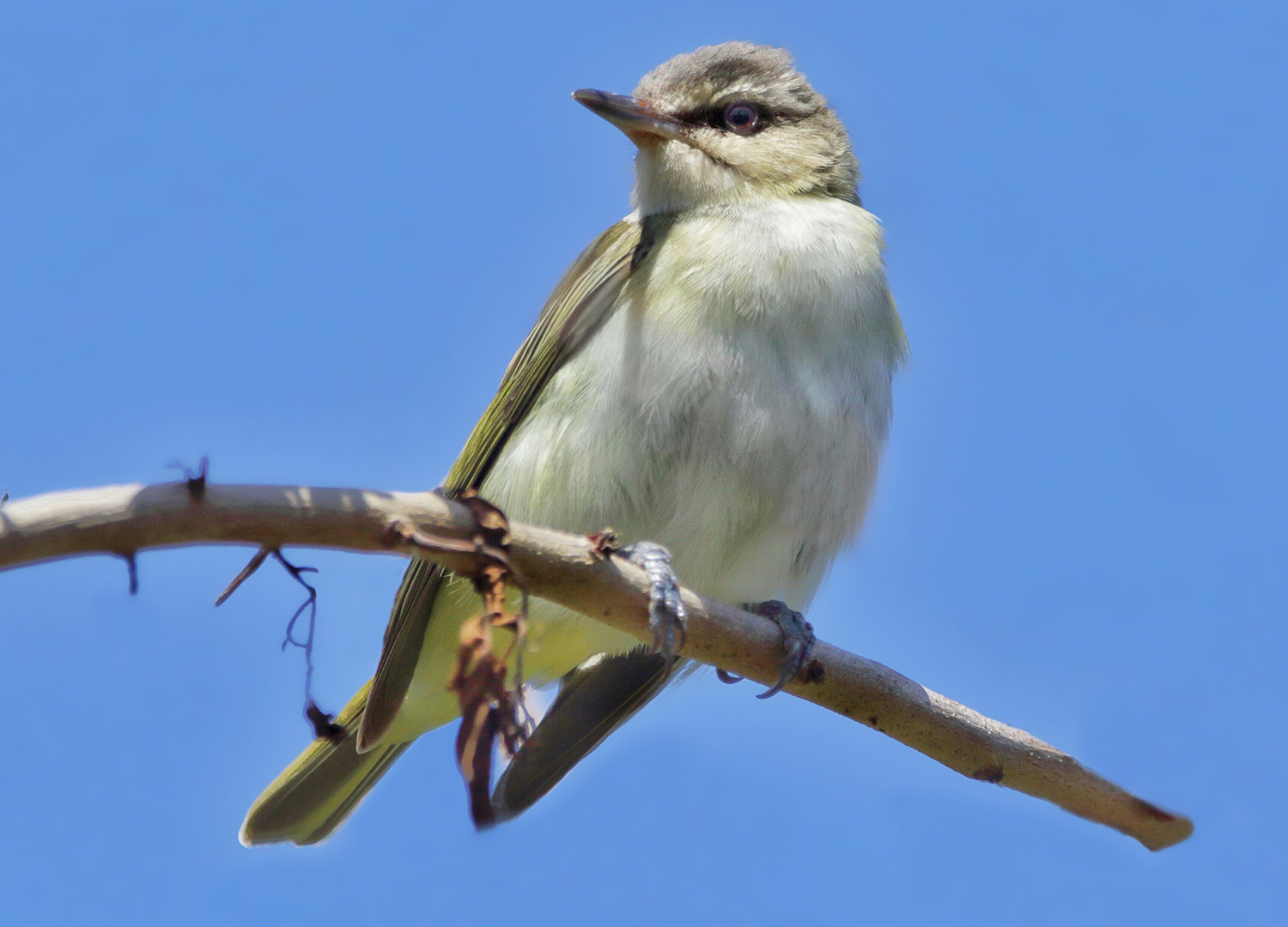