New regional and island records are reported from Guadeloupe, Bermuda, The Bahamas, and St. Vincent. Guadeloupe provided the first Caribbean record of Azure Gallinule and the country’s first record of Common Cuckoo (photographed by Anthony Levesque). Never recorded in the Caribbean, two European Golden Plovers (photographed by Erich Hetzel) were the first for Bermuda. Further evidence of a Eurasian wave(s) of strays including a White-winged Tern making an appearance in Barbados and a first Bar-tailed Godwit for St. Vincent. South American strays also played a role in regional firsts in the region with a Snail Kite lingering in Barbados for the first time. The Bahamas recorded its first Olive-sided Flycatcher. 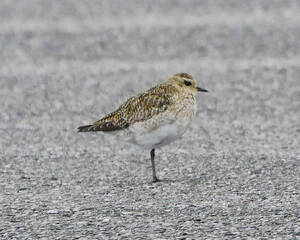 Two plovers photographed here at Bermuda Airport by Erich Hetzel on 22 Nov 2020 were identified as European Golden Plovers—the first record for the West Indies and Bermuda region. They were last seen on 21 Mar 2021. Photo © Erich Hetzel. 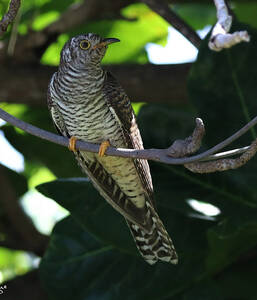 Anthony Levesque discovered and photographed Guadeloupe’s 1st record of Common Cuckoo at La Désirade Island on 22 Nov 2020. This was only the 3rd record for the Caribbean. Photo © Anthony Levesque. 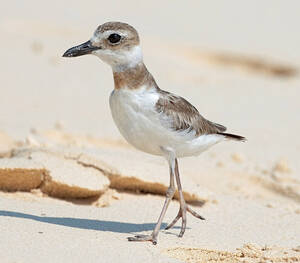 Rarely seen in Bermuda, this Wilson’s Plover was only the third record in the last 50 years. Discovered at Cooper’s Island on 29 Aug 2020 when it was photographed. It was seen again on 15 Sep. Photo © Tim White. 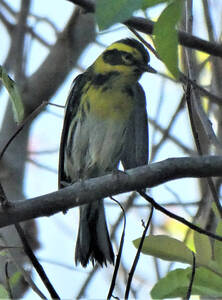 Only the ninth record for Bermuda, this Townsend’s Warbler would not have been identified without the bird being photographed on 16 Oct 2020 during a brief visit to Liz Copeland’s garden. Photo © Liz Copeland. 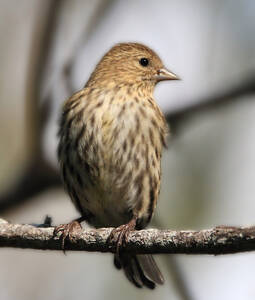 A Pine Siskin photographed on 25 Oct 2020 at Ferry Point Park was one of 30-plus recorded in Bermuda 10 Oct–7 Nov, for only the third such irruption in 50 years. Photo © Neal Morris. 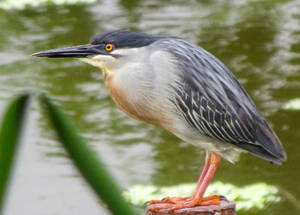 A Striated Heron was found and photographed on 12 Sep 2020 at SBRC, Mangrove Landfill, Saint Thomas, Barbados. It remained into 2021. Photo © Julian Moore. 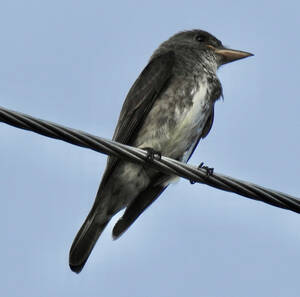 An Olive-sided Flycatcher discovered on 3 Oct 2020 by Erika Gates and Martha Cartwright at Garden of the Gates, Freeport, West Grand Bahama, proved to be the first record for The Bahamas. Photographed here on 4 Oct. Photo © Erika Gates. 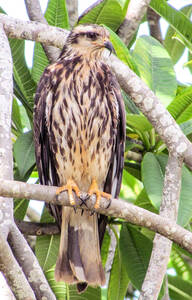 A juvenile Snail Kite present from late Aug and identified 8 Sep 2020 in Saint Michael, Barbados was a new record for the country. It was still present into 2021. Photographed here at Bay Street, Bridgetown, Barbados on 8 Sep. Photo © Julian Moore. 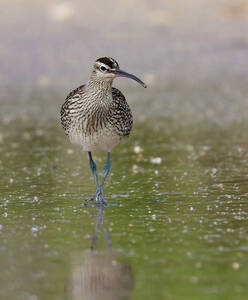 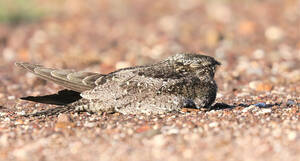 One of a flock of 19 Common Nighthawks seen and photographed on La Désirade Island, Guadeloupe on 19 Oct 2020. Photo © Anthony Levesque.