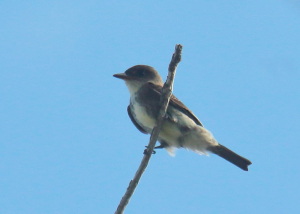 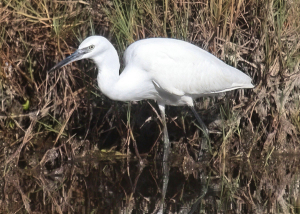 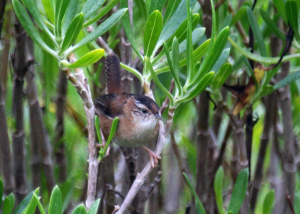 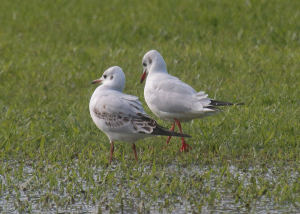 Black-headed Gull is now an annual vagrant to Bermuda. On 28 Nov 2018, Neal Morris managed to record both adult and immature birds together at Bernard Park. Photo © Neal Morris. 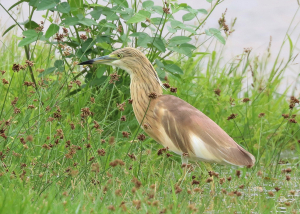 A Squacco Heron was discovered and photographed at La Désirade Island, Guadeloupe 10 Nov 2018. Despite extensive searching it could not be re-found. This bird, a first Caribbean and North American record, winters in Africa and breeds in Southern Europe and the Middle East. Photo © Anthony Levesque. 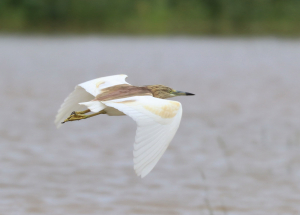 The Squacco Heron discovered at La Désirade Island, Guadeloupe 10 Nov 2018 reveals white wings in flight, as in this photo on the same date. Photo © Anthony Levesque. 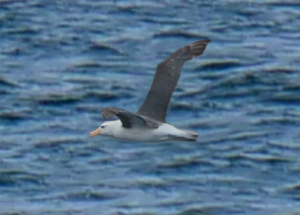 Elijah Sands photographed a Black-browed Albatross from land, about ¾ mile off Gerace Research Center, San Salvador, Bahamas 19 Oct 2018. He was able to watch it for about 20 minutes before it disappeared from view. Photo © Elijah Sands. 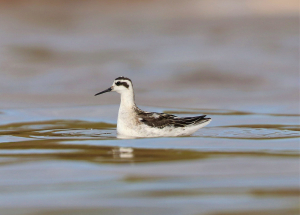