A highly coastal scavenger, hunter, and kleptoparasite of northeastern Asia, the Slaty-backed Gull displays an impressive propensity for vagrancy. In recent years, it has fueled the reveries of birders throughout North America and beyond. Records are scattered across the continent, with most of those away from Alaska involving birds in their second plumage cycle and older, with their eponymous slaty backs. But what about younger birds?

Efforts have been made to work out the identification of first-cycle birds on the ID-Frontiers listserv (birding.aba.org/ maillist/IDF) since the 1990s, and several publications have examined the topic (Pyle 1997, Zimmer 2000, Moores 2005). Two excellent major gull guides (Malling Olsen and Larsson 2003, Howell and Dunn 2007) have helped, too. Nevertheless, identifying frst-cycle Slaty-backed Gulls remains an ID challenge for birders in North America and elsewhere. Four problems beset accurate first-cycle Slaty-backed Gull identification.

First, the hybridizing population of American Herring Gulls and Glaucous-winged Gulls from Glacier Bay to Cook Inlet, Alaska, produces birds that can approximate most of the plumage traits of Slaty-backed (Howell and Dunn 2007). Second, Slaty-backed itself is believed to hybridize with Glaucous-winged Gulls and Vega Herring Gulls (King and Carey 1999, Malling Olsen and Larsson 2003). Third, Slaty-backed is tremendously variable in plumage and structure in its first plumage cycle, even for a large gull (Moores 2005). Fourth, little research has been done on molt strategies and the extent of expected variation in first-cycle Slaty-backed within its main breeding and wintering ranges.

Here we examine the identification of first-cycle Slaty-backed Gulls, with particular emphasis on separation from birds in the Glaucous-winged–American Herring Gull hybrid spectrum. We then discuss the identification of various photographic records of frst-cycle Slaty-backed Gulls and of other, more confusing or controversial individuals in North America. Our findings are based on Pyle and McKee’s combined six decades of gull study in California and Moores’ 25 years in Korea and Japan. 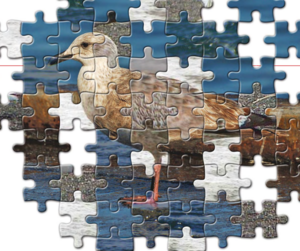 Full article* available in flipbook format, or as part of the full magazine volume PDF.

Not a member? Join here.