There Are Birds by Stephanie Seymour

Look at the Harlequins! by Stephan Nance

Birdsong is one of the most enchanting aspects of avian behavior, and birders especially love the times of year when birds can’t help but sing from dawn until dusk and even through the night. The impulse to sing seems just as strong in two passionate birders who are also talented and prolific musicians.

Stephanie Seymour’s There Are Birds is a 12-song pop-rock album with occasional flares of acapella and folk. Among the many things that make this album special, perhaps the most important is that it is explicitly from the perspective of a birder. Anyone who likes good music may love There Are Birds, but birders will specifically see themselves reflected in the lyrics and textures of the songs. The flighty and energetic melody of “Ruby-crowned Kinglet” captures the spirit of that species in a way that birders will instantly recognize, just as the smooth and soothing bassline of “Northern Lapwing” reflects the fun and charm of the three famous and long-staying vagrants of New Egypt, New Jersey (which all attendees of the ABA’s 2013 The Cradle of American Ornithology Philadelphia birding trip saw well, including this reviewer).

Indeed, it is from this song that the album derives its title, There Are Birds, as the song explores in lyrics that are in turn wistful, dreamy, and funny how these rare and spectacular visitors impart to us the knowledge, mundane and miraculous all at once, that there are birds in our world. Birders will find birding culture wonderfully reflected in every ballad, which inventively rhyme “miss” with “nemesis” in “Yellow-headed Blackbird” and “sky” with “Feeder #5” in “Violet-crowned Hummingbird.” The various perspectives of the songs are one of the most fun aspects of the album: Some songs are sung about the birds, others directly to them, and some from the perspective of the birds themselves, perhaps suggesting the ways birding encourages us to think through the motivations and instincts of birds as we seek to find and enjoy them ourselves.

Seymour’s vocals are brilliant throughout, but they’re especially moving in the ethereal, cascading chorus of “Northern Mockingbird.” The guitar-work of Bob Perry, Seymour’s husband, is likewise consistently excellent and covers a range of styles, rocking hard in “Violet-crowned Hummingbird” while transitioning to a folksy acoustic sound in “Common Loon” and then both in “Blue Jay.” With contributions from various other musicians, including a member of Bruce Springsteen’s E Street Band, every instrument is strong.

Many of the lyrics arise from Seymour’s personal experiences, and not just as she migrant-counts or rarity-chases: The album confronts serious topics, like depression and anxiety, delving into how birds entangle themselves in and can help alleviate these challenges. “Violet-crowned Hummingbird,” for instance, features distortion-heavy guitar chords and a pounding bassline that is punctuated by Seymour’s steady, imploring vocals, which ask: “One day you’re down / And the next day you’re down again / When, oh when, will you feel better?”

Birders are drawn to harmonies: well-balanced ecological relationships, reverential yet respectful human-wildlife interactions, and the harmony of a full and diverse dawn chorus. In There Are Birds, we find so many such harmonies. There are of course vocal harmonies, melodic and moving. But there is also the harmony of Seymour’s music career with her birding passion, and the blending of her songwriting, vocal, and percussive skills with her husband’s ability to craft instrumental accompaniment, rock out on guitar, and produce the album itself.

The stunning album cover of a Black-throated Blue Warbler, perched on the branch of a brown-leaved oak and staring at the stars, is illustrated by Megan Massa, who also created the 2019 ABA Bird of the Year art. Listen to this album on your next twitch, birding road trip, or whenever else, and be reminded of something birders already know: Birds rock, and birding does too.

Stephan Nance, a Portland-based queer singer-songwriter specializing in poetic piano pop, is a birder–musician who has also combined their birding passion with their melodies. Look at the Harlequins!’s cover art is a portrait of Nance in their Harlequin Duck-inspired make-up, designed by paleontologist and bird glamour pioneer Dr. Lisa Buckley, who was recently interviewed on the American Birding podcast.

This six-song album is at turns reflective and introspective and at other times inclined to explore and experience the world. In the opening track, “Grey and Green,” the Pacific Northwest coastal land- and seascapes come alive with not only lyrics that evoke the region’s human inhabitants—“Rowing toward a lowered drawbridge / Clambering onto the Seawall”—but also its avian denizens: “Wowed by crowds of / Glaucous-winged Gulls” and “The boom of the Sooty Grouse / In the mountain woods.” This integration of human and avian worlds is a hallmark of Nance’s singing throughout the album; listeners are everywhere invited to experience Nance’s perceptions of place both at home and abroad, and how it affects us to be in and know a place.

The playfulness and cleverness of Nance’s lyrics are another hallmark, for example in “Overwintered”: “A Norther Flicker / Clucks a whimper / A beep goes off inside— / Is it time / — or just a timer?” We see not only another instance of Nance’s seamless integration of avian and man-made presences that might otherwise strike one as belonging to completely separate worlds, but we see also the kind of inventive wordplay that these adjacent objects inspire as the meanings of similar words are folded onto each other as a way of exploring relationships and ideas. “Reverse Nature Shock (家の家),” which features some lyrics in Japanese and is about a month-long sojourn in some paradisiacal nature sanctuary, is one of the album’s strongest, building tension with powerful chords and harmonies before reaching a dramatic climax and then resolving with more soothing Japanese lyrics and an airy and haunting final note.

The creative wordplay of Nance’s orchestral pop songs is fun to listen to and think through, including but far from limited to the various mentions of birds throughout the album. Birds have long inspired musicians, but in these two albums, it’s become clear that birding has also become a source of musical inspiration, a trend birders can no doubt expect more of in the future.

Editor’s Note: Look at the Harlequins! will have a remastered re-release, likely sometime in late March, with additional tracks and an updated song order, bringing the total number of birds on the album to 21. 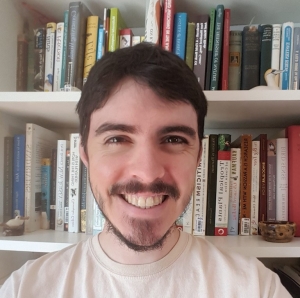