The Hawaiian ʻŌʻō Lives on in a New Children’s Book

The Hawaiian ʻŌʻō Lives on in a New Children’s Book

A review by Rebecca Minardi

Manu, the Boy Who Loved Birds, written and illustrated by Caren Loebel-Fried 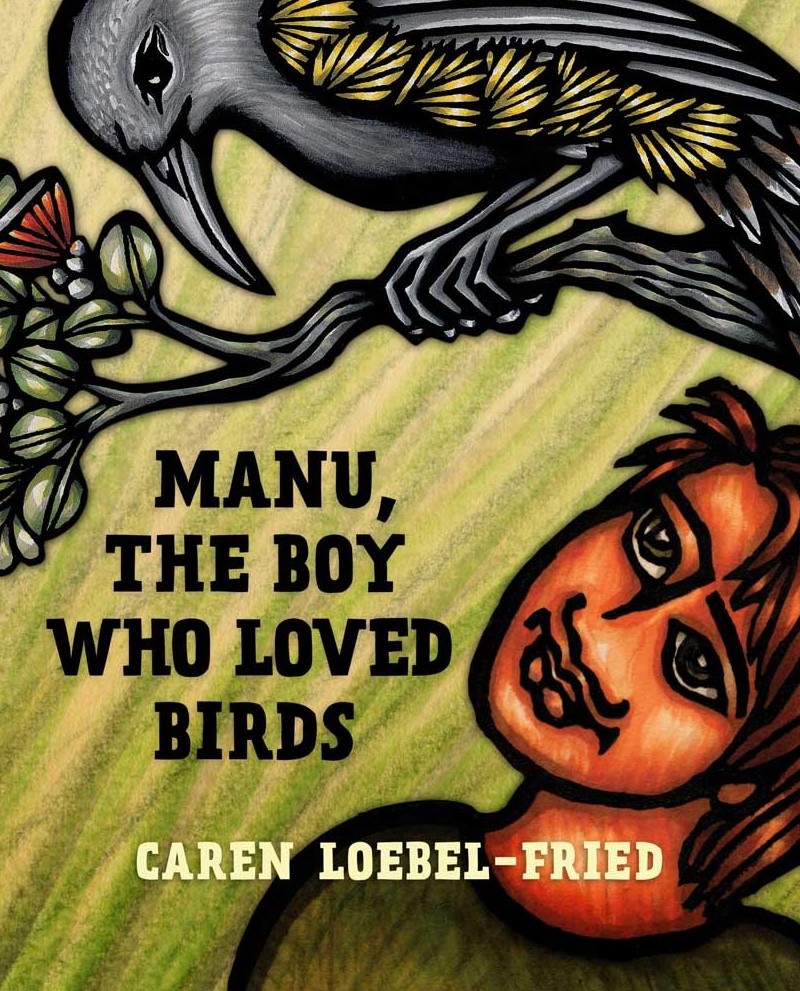 Growing up in the Marshall Islands, I got to delight in White Terns and a handful of other South Pacific species, but not many birds made it out to our three-mile-long island. To get to the U. S., we always had to pass through Hawaiʻi. There, it seemed as if every bird in the world filled the islands with their song. It wasn’t until I was older that I understood that many of those birds were introduced. Indigenous Hawaiian birds? They had suffered immensely. Habitat loss, introduced competitors and predators, disease, and unchecked climate change together have severely altered the avian landscape of the island chain. According to the American Bird Conservancy, 95 of 142 endemic species are extinct, while 33 of Hawaiʻi’s remaining endemic species are endangered—and 11 of those are also most likely extinct. Almost nowhere else on Earth have indigenous bird species faced a worse fate. One group of these extinct species, the ʻōʻō, are the subject of Caren Loebel-Fried’s beautiful new children’s book, Manu, the Boy Who Loved Birds. Perhaps a children’s book about an extinct genus does not sound uplifting, but Loebel-Fried manages to deftly tell the story of the four species of ʻōʻō while giving us reason to rejoice in the wonder of Hawaiian fauna and hope for the birds that remain.

The subject of Manu, the Boy Who Loved Birds is the young boy, Manu, who lives in Honolulu on the island of Oʻahu. Several days before his birthday, Manu begins to get more curious about his full name, Manuʻōʻōmauloa, which means, “May the ʻōʻō bird live on.” He wonders what happened to the ʻōʻō and how the ʻōʻō could live on through him. Thus begins Manu’s journey of discovery through an impressive exhibit at Honolulu’s Bishop Museum, research with his father, and nightly dreams of the ʻōʻō. When Manu’s parents surprise him with a trip to the island of Hawaiʻi to see endemic birds in person and plant indigenous species in a protected forest, Manu finally understands the meaning of his name.

The illustrations in Manu, the Boy Who Loved Birds are arresting and bring the story to life. Loebel-Fried’s artwork is highly original; the writer–illustrator  explains that she transfers her sketches onto recycled rubber blocks that she carves and prints. She then uses pencils to fill her prints with detail and color. For this book, her art and text were reviewed by Hawaiian cultural specialists and biologists for accuracy. I really appreciated this aspect of the piece; as a mother who reads myriad books to her children, I can’t tell you how many have inaccurately drawn and labeled bird species. It’s refreshing to find a children’s book where it’s very clear that care and research went into making sure all species were represented true to life.

Indeed one of the most intriguing aspects of Manu, the Boy Who Loved Birds is the extensive ten-page afterword full of photos, historical paintings, and a glossary of Hawaiian words. In it, we learn that the ʻōʻō genus is made up of four species named after the islands they lived on: Oʻahu, Hawaiʻi, Maui and Molokaʻi, and Kauaʻi. The Kauaiʻi ʻŌʻō was the last of the four to go extinct, in the late 1980s. Though few ʻōʻō were photographed, Loebel-Fried provides other artists’ works as well as her own rendition of the Oʻahu ʻŌʻō. The black-bodied bird had long tail feathers edged in white, bright yellow flanks and underwings, and a graceful, downcurved bill. The yellow feathers were especially prized. Loebel-Fried explains that Hawaiian featherwork was intricate and ornate. One such piece, a skirt called Nāhiʻenaʻena’s Pāʻū, is on display at the Bishop Museum. The object is thought to have close to one million ʻōʻō feathers woven within it. This is where the book excels; it expertly couches the story of Manu and his name within the history of the Hawaiian people and their connection to the ʻōʻō and the forest.

This book is best for elementary-age kids. It is relatively dense for a children’s book, with one page, for example, having close to 400 words. And that could make it more difficult for some young ones—like my toddler—to stay with the story. For them, it may be best to summarize each page, focusing on the prints and simplifying Manu’s nightly dreams. For elementary-age children, discussing extinction can be a difficult topic. Extinction is a gut-wrenching reality that is devastating to contemplate, let alone encounter in a children’s book. As I was reading more about the ʻōʻō, I thought of the last remaining Kauaʻi ʻŌʻō. In 1987, David Boynton recorded the bird’s melancholy call in what was to be the last time anyone ever heard the species in the wild. Was this ʻōʻō plaintively singing in a patch of remaining forest, hoping for a mate that would never come? I was filled with immense sorrow realizing that, as I was born on one island in the Pacific, a life was snuffed out across the sea on another. Extinction is forever. We will never again be graced by the haunting call of the ʻōʻō.

But there is hope. Loebel-Fried based Manu and his story off a real Hawaiian boy who was interested in conservation and concerned about the birds who called his island home. Many of these children, the generation that my son and daughter are a part of, care deeply about creating a world that has room for more than just the human species. I hope Manu inspires readers to question why some birds no longer inhabit this planet and challenges them to wonder how they can work to protect the ones we have left.

In addition to Manu, the Boy Who Loved Birds, I’m excited to report that there are several other recent and fantastic children’s books about birds for your little fledgling. Here are some recent titles:

- Crow Not Crow, by Jane Yolen and Adam Stemple, illustrated by Elizabeth Dulemba

A young girl learns to bird with her father like many of us do: Distinguish one bird we don’t know from a bird we that we do!

- The Hike, by Alison Farrell

Featuring wildlife indigenous to the West Coast, kids learn forest flora and fauna as they follow a trio of three young female explorers on a hike.

- Over and Under the Pond, by Kate Messner, illustrated by Christopher Silas Neal

A mother and son row through the water as they discover the creatures that inhabit a pond ecosystem; this is part of a wonderfully illustrated series of Over and Under books.

- All the Birds in the World, by David Opie

A Kiwi chick, who worries about how he fits in with the other birds, learns about how diverse and wild his bird family truly is through beautiful and accurate illustrations.

Follow a Ruby-throated Hummingbird as he gets ready for his amazing and arduous journey south for the winter in this gorgeously illustrated book. 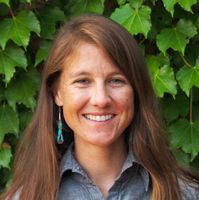 Rebecca Minardi is passionate about connecting young people with nature and fostering a love of birds at an early age. She writes for New York City Audubon's Urban Audubon, serves on the Detroit Audubon Board of Directors, and coedits Detroit Audubon's quarterly magazine, The Flyway. Rebecca resides in Illinois and enjoys birding with her two children.