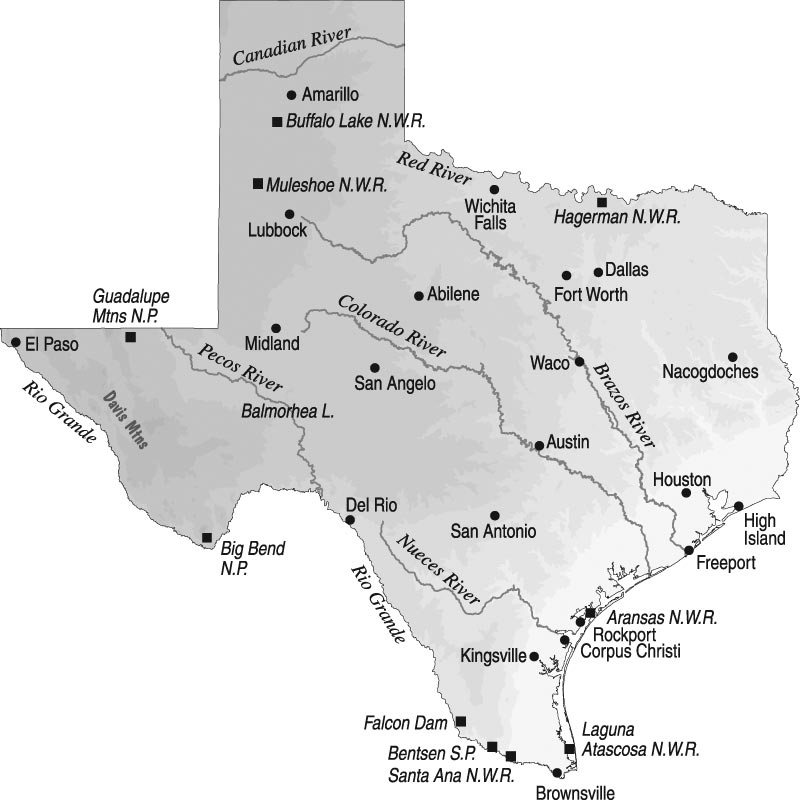 Some incredibly mild conditions, even by Texas standards, lasted all season long throughout the state. Rainfall for the most part was average and temperatures almost across the board were a few degrees above average. Yes, there were some cold snaps as there always are, but, in between, it seemed like fall just lasted longer than it usually does around here. Insectivores (swallows, flycatchers, warblers, etc.) that usually might linger only into mid or late December were present into mid or late January; a few late season discoveries may have spent the entire winter well north of expected ranges. Long-tailed Ducks and Common Mergansers had noticeable irruptions of sorts but little else did. The Lower Rio Grande Valley which can sometimes have many ABA rarities to offer visitors during winter was certainly a little lackluster with a lone Rose-throated Becard as perhaps the (only) enticement in this department. The overall theme that we deliver to you here is one of a winter that didn’t seem to be, or at least the birds didn’t think so.

A Lark Sparrow at Ransom Lake, Lubbock 31 Dec (LMc) was northwest of expected winter areas. Perhaps a late migrant, a Grasshopper Sparrow remained near Red Mud, Dickens 31 Dec (AHe). A Chihuahuan Desert Grassland Bird Research Project surveyed private grasslands just north of Marfa and readily found Baird’s Sparrows through the period. As an indication of how common this species might be some winters, no less than 18 individuals were tagged in the first couple days of the project in late December. Netting operations would usually kick up 3-5 birds during subsequent efforts into early February. A scarce, rarely reported species of the Central Brazos Valley, a Henslow’s Sparrow was studied near Shiro, Grimes 28 Dec (ph. JeB). One LeConte’s Sparrow southeast of Lubbock, Lubbock 17 Dec (JB) and another at White River Lake, Crosby 8 Jan (AHe, MaC) were unusual for a species rarely reported in northwest Texas. Harris’s Sparrow was a pleasant surprise at the Sandia Wetlands, Reeves 27 Jan (RWe, BrL). Unexpected in winter in the Trans-Pecos, a Hepatic Tanager was at the Davis Mountains Resort, Jeff Davis 24–27 Jan (DS ph.). Unseasonal Summer Tanagers included singles in San Marcos, Hays 17 Dec (JeH, LSc), in southwest San Antonio, Bexar 23 Dec (RWe), at Warren, Tyler 5 Jan (PN ph.), and one more in Wimberley, Hays 11 Jan (RT ph.). A Western Tanager returned for its fourth winter to northwest Austin, Travis (JT) while others were at Boerne, Kendall 2 Jan (BSD) and Lampasas, Lampasas 30 Jan (JiB). 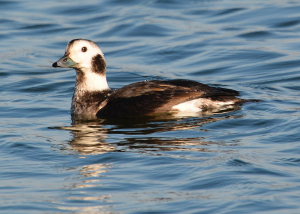 Long-tailed Ducks are regular fall and winter visitors to Texas, though some years only one or two are detected. This winter was exceptional; at least six birds were discovered, including this one at Braunig Lake, Bexar Co 28 Dec 2016–12 Feb 2017 (here 1 Jan 2017). Photo © Beth McBroom. 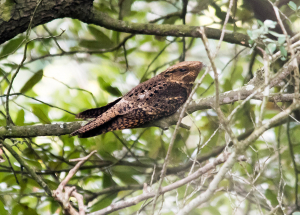 Winter was mild across much of Texas, perhaps explaining a number of lingering species, like this Chuck-will’s-widow at San Jacinto Battleground State Historic Site, Harris Co on 10 Dec 2016. Photo © Phil Robinson. 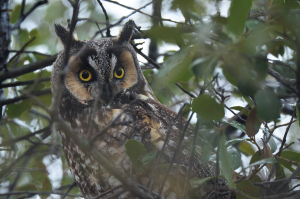 Long-eared Owls are always sought after by Texas birders, so when a roost was found at the entrance to Lake Arrowhead State Park, Archer Co, it was visited by hundreds of birders. As many as seven individuals roosted in the same location; shown here 18 Feb 2017. Photo © Jeff Sexton. 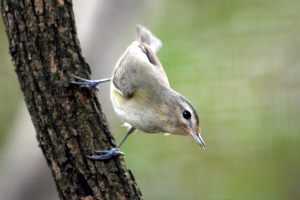 Warbling Vireo is not a species that regularly winters in Texas, so this one in Helotes, Bexar Co 13 Jan 2017 was one of the real prizes of the season. Photo © Beth McBroom.