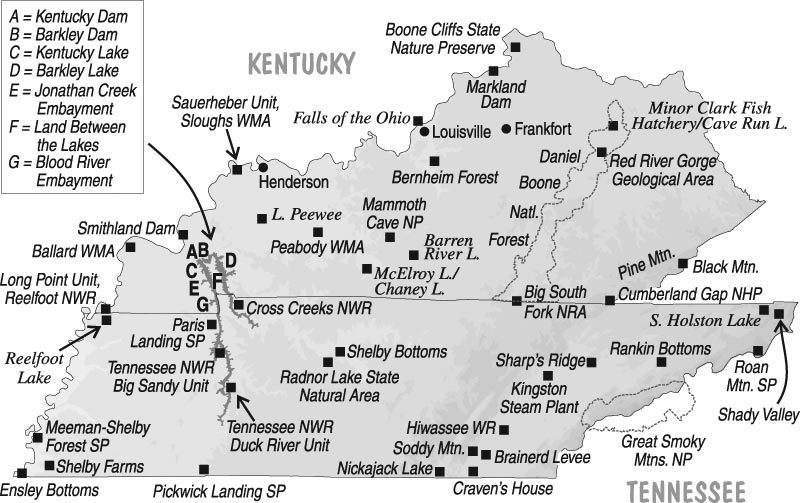 Two adult Black-bellied Whistling-Ducks with 8 young at Neboville Bottoms, Gibson, TN 1 Jun (E&SS) were the only ones reported outside the breeding population in Shelby. A Fulvous Whistling-Duck was associating with the local Black-bellied Whistling-Ducks at Ensley 21–24 Jul (ph. MCT, m. obs.). There were four reports of late or summering Blue-winged Teal: one at McElroy L., Warren, KY 1 Jun (TD); two at Ensley 8 Jun (BDu); 1-2 at Walter S. Davis Marsh, Nashville, TN 6 Jun–2 Jul (FF); and a male at John Sevier L., Hawkins, TN 3 Jun (SH). One at Ensley 28 Jul (RP, RH) was likely an early migrant.

A female Common Merganser with 8 juveniles on the Little R. near Walland, Blount, TN 29 May–9 Jun (JL, m. obs.) finally provided definitive proof that Common Mergansers are nesting in Tennessee, after at least two years of mounting evidence. A female at Boone L., Sullivan, TN 10 Jun (CK), two just west of the Virginia border in Pike, KY 6 Jun (ph. MK), and 1-2 on the Red River in Menifee, KY 9 Jun (†CB) also could have been local breeders.

There were four reports of Pied-billed Grebes, including, notably, one with a juvenile at Long Point Unit, Reelfoot N. W. R., Fulton, KY 2 Jun (ME).

Marsh habitat is perhaps the most endangered habitat in the region, as evidenced by the decline in reports of historically more common marsh breeding species. A King Rail, now very rare in the region due to habitat loss, was present at Long Point Unit, Reelfoot N. W. R., Fulton, KY 16 & 26 May and 2 Jun (a.r. TJ, HC, ME). A Virginia Rail at Sinclair Unit, Peabody W. M. A., Ohio, KY 11 Jul (TG, SG) was the only one reported. A Sora at Rooty Branch, Sullivan, TN 5 Jul (H&SF) established the first July record for northeast TN. There were three reports of Common Gallinules, all in potentially suitable breeding habitat: one at Walter S. Davis Blvd. Marsh, Nashville, TN 15–16 Jun (ALa, FF); one at Duck River 12 Jul (DJS); and one at Gupton Wetland 4 & 11 Jun (MF / RDH, DMy). A lingering Sandhill Crane continued in Hart, KY through 7 Jun (JSo).

Three Laughing Gulls on the Tennessee R., Hamilton, TN 22–25 Jun (BDr et al.) represented an unusual mid-summer report. Of an estimated 1,000 nesting pairs of Least Terns in Kentucky, only 17% successfully fledged at least one chick (KDFWR); storm-related flooding is believed to have been the most significant factor in nest failures. Separation of Arctic and Common Terns is a tricky identification problem, especially in areas where Arctic is not expected to occur. An immature Arctic Tern at Fowler Road Irrigation Pond, Lincoln, TN (ph. DSn) 11 Jun caught the observer, and eBird reviewers, by surprise. This record would have escaped notice but for the sharp eyes of David Shoch, who saw the observer’s excellent photos on eBird and brought them to this author’s attention! This established the third record for Tennessee, and the first documented with a photo.

Wood Storks are rare post-breeding visitors to the region, and there were three reports this season: as many as 7 were at Duck River 1–30 Jul (AT, m. obs.), and single individuals were reported from Polk, TN 1–4 Jul (LW, m. obs.) and Livingston, KY 16–18 Jul (ph. RSf). A Neotropic Cormorant was at Duck River 7 Jul (BFo). As many as 8 Anhingas were present, and possibly breeding, at Duck River 24 Jun+ (RS, VS, m. obs.); this species has historically only nested very sporadically along the Mississippi R. in the region, so this is a noteworthy expansion. There were three reports of Brown Pelicans, which are rare in the region: single immatures were at Watts Bar L., Roane, TN 15 Jun (RDH, DMy), at Fort Patrick Henry L., Sullivan, TN 15–30 Jul (AMT, BFi, RLK, m. obs.), and at Bailey’s Point, Barren River L., Allen, KY 8–12 Jul (ph. BrZ, ph. JSo, m. obs.).

Yellow-bellied Sapsuckers are rare and local breeders in Tennessee, so the following three reports, all from appropriate breeding habitat, were noteworthy: an adult with 3-4 fledglings at Roan Mt., Carter 8 Jun (GE, PR); a pair at Ripshin L., Carter 10 Jun (RBi, RCa); and a pair feeding nestlings at Iron Mtn Gap, Unicoi (B&JP). Pairs of Peregrine Falcons nested in Garrard, Jefferson, and Lexington, Fayette, KY; one at Mt. LeConte, Great Smoky Mountains N. P., Sevier, TN 30 Jul (SM) was the only one reported from Tennessee.

No Western Kingbirds were appeared outside of their highly localized breeding range in southwest Shelby, TN, where as many as 10 were reported from seven different locations. In Tennessee, two Scissor-tailed Flycatchers in Clifton, Wayne 23 & 27 Jun (RS, VS) and one in Sumner 16 Jul (MS) were the only reports away from known breeding territories. Single birds in Elizabethtown, Hardin, KY 2–3 Jun (JSn) and in Christian, KY 21 Jul (ph. SB) constituted the only Kentucky reports. An Olive-sided Flycatcher in Hickman, Fulton, KY 7 Jun (HC, ph. JP) established a record late date for the state. A Least Flycatcher in Oldham, KY 1 Jun (Rfi) tied the state’s latest spring record away from known breeding areas. One at Clinch Mt., Hawkins, TN 3 Jun (RoK) was possibly on territory, although this is not a previously known breeding location.

Up to three Bell’s Vireos were present at Fort Campbell, Stewart, TN 1 Jun–12 Jul (DMo); this is the only known breeding location in Tennessee. Fish Crows continue their expansion in Tennessee, with multiple individuals reported through the season in Washington and Sullivan. Hermit Thrushes were found in likely breeding habitat in the same two locations as last year: at least 5 were at Roan Mt., Carter, TN through the season (RLK, m. obs.) and 4 were at Unaka Mt., Unicoi, TN 17 Jun (RL).

Photos–Tennessee & Kentucky: Summer 2017
Hover or click on each image to read the caption. 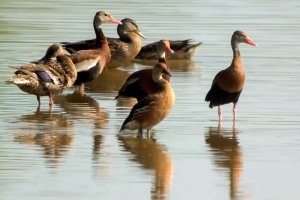 This Fulvous Whistling-Duck associating with the local Black-bellied Whistling-Ducks at the Ensley Bottoms, Shelby, Tennessee 21–24 Jul could be the same individual that has regularly appeared there over the past few years. Photo © Mike Todd. 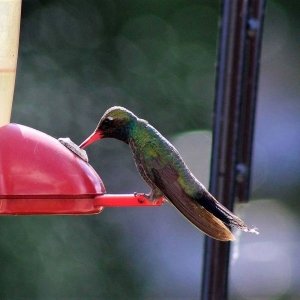 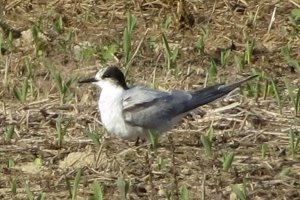 Arctic Tern and Common Tern is a tricky identification problem, and even more so in places where the former is not expected to occur. This immature Arctic Tern in Lincoln, Tennessee 11 Jun, the state’s third, caught everyone by surprise, and almost went unnoticed! The observer, who understandably assumed it to be the far more likely Common Tern, took excellent photos and submitted them to eBird, where David Shoch happened upon them and brought them to this author’s attention. Photo © Daniel Snell. 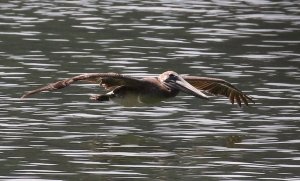 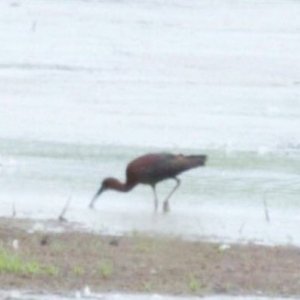 This Glossy Ibis in Lauderdale, Tennessee 2 Jun was one of two reported from the state this season. Photo © Mark Greene.