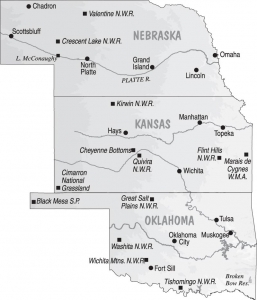 Overall, this was a fairly routine summer with an array of summer vagrants and some surprise and suspected extralimital breeding across taxonomic groups.  A large colony of American White Pelicans in Nebraska were a pleasant discovery.  More Osprey are now nesting in the region south to eastern Oklahoma.  Black-bellied Whistling Ducks, an exceptional rarity 30 years ago, are now spreading across the region. Other marshland species however, such as gallinules and rails, were restricted to a few enclaves, most notably Red Slough W.M.A. in extreme southeastern Oklahoma, and the central Kansas wetlands at Cheyenne Bottoms W.M.A and Quivira N.W.R.  Shorebirds showed the usual summer mix of migrants in both directions, vagrants and some of uncertain statuses.   The most surprising regional rarities were only a Common Black Hawk, and a continuing Zone-tailed Hawk in Oklahoma.

Common Gallinules are still showing a weak pattern on the plains away from Red Slough and one nucleus area in central Kansas at Cheyenne Bottoms and Quivira; singles were in Clay Co, NE 2 Jun (Caleb Strand), Fillmore Co, NE 3 Jun (Caleb Strand), and Shawnee Co, KS 4 Jun and 2–12 Jul (Linda Zempel, Mark Pheasant). Sandhill Cranes were confirmed breeding at three continuing locations in Nebraska, and, this year, at two more: near Lake Wanahoo, Saunders Co, where adults with a colt were seen 13 Jun–19 Jul (Weldon and Paula Hoppe), and near North Platte, where adults with one colt were observed 9–10 Jun (Boni Edwards) and adults with two colts 18 Jul (Boni Edwards). A single Sandhill Crane was out-of-season in Meade Co, KS 6 Jul (Tony Leukering).

Common Loons, mostly immatures, are occurring more often in the southern and eastern region in June and July; three were in eastern Nebraska 12 Jun–17 Jul (Tom Gannon, Steve Kruse, m. ob.), seven in eastern and central Oklahoma (fide Joe Grzybowski), and at several locations in Kansas (fide Chuck Otte).  Anhingas appeared at Tishomingo NWR, Johnston Co, OK; one was there 16 Jun and a surprising seven on 21 Jul (Justin Roach). Neotropic Cormorants were scattered throughout most of Oklahoma (fide Joe Grzybowski) and north to Nebraska—three 8 Jun–21 Jul (Sam Manning, Colleen Childers, Steve Kruse, m. ob.). Exciting was the discovery of two large American White Pelican nesting colonies in Garden Co, NE. In late May, John Sidle found a colony of some 1200 birds on an ephemeral island in Wolf Lake, Garden Co (see photo). Soon after, in mid-June, Marlin French found a colony of 75–100 nests at Island Lake, Crescent Lake; young were hatching 7 Jul. The only prior Nebraska record of colony-nesting was of about 37 adults at Crescent Lake in 2018.

A Yellow-headed Blackbird was a southerly summer vagrant in Payne Co, OK 27 Jun (Scott Loss). South of the expected summer range was a Bobolink in Wabaunsee Co, KS 9 Jul (Jackie Augustine). A total of 10 Bobolinks during the period in the Nebraska Panhandle, where breeding is rare, was more than usually encountered there (fide Ross Silcock). Baltimore Oriole is rare in the Nebraska Panhandle, the six reports suggesting increasing numbers westward (fide Ross Silcock).  Great-tailed Grackles, expanding their range for some time in Nebraska, were north and west in Cherry Co 19 Jun (three birds; Alison Wagner, Zac Cota), and in Sheridan Co 22 Jun (Dave Sandahl). 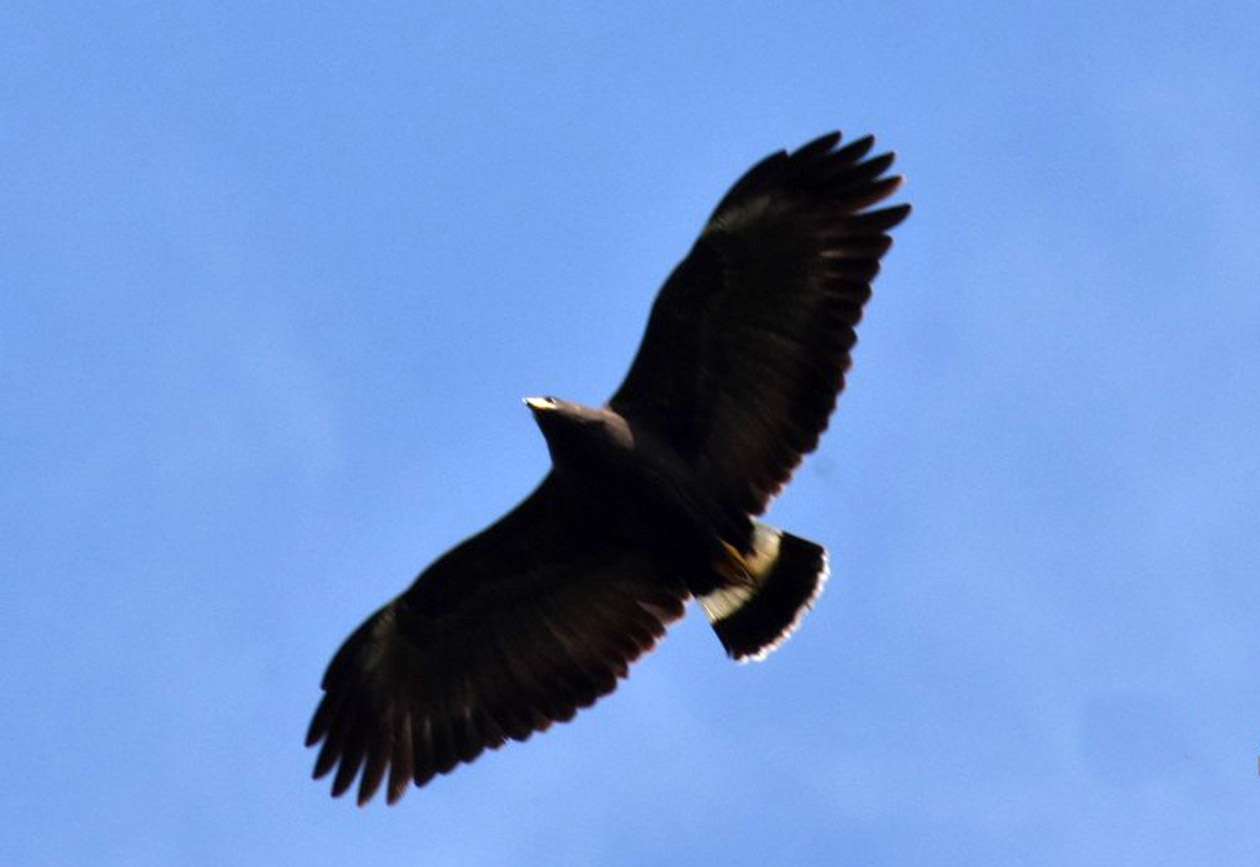 Quite a surprise was to see this Common Black Hawk (second for Oklahoma) overhead (2 Jun 2021) while observing the first Zone-tailed Hawk for Oklahoma in the Wichita Mountains, Comanche Co, Oklahoma. Patricia Norris was able to locate it the next day, 3 Jun 2021 (here), coming out of the trees in the Sunset Picnic Area. Photo © Patricia Norris. 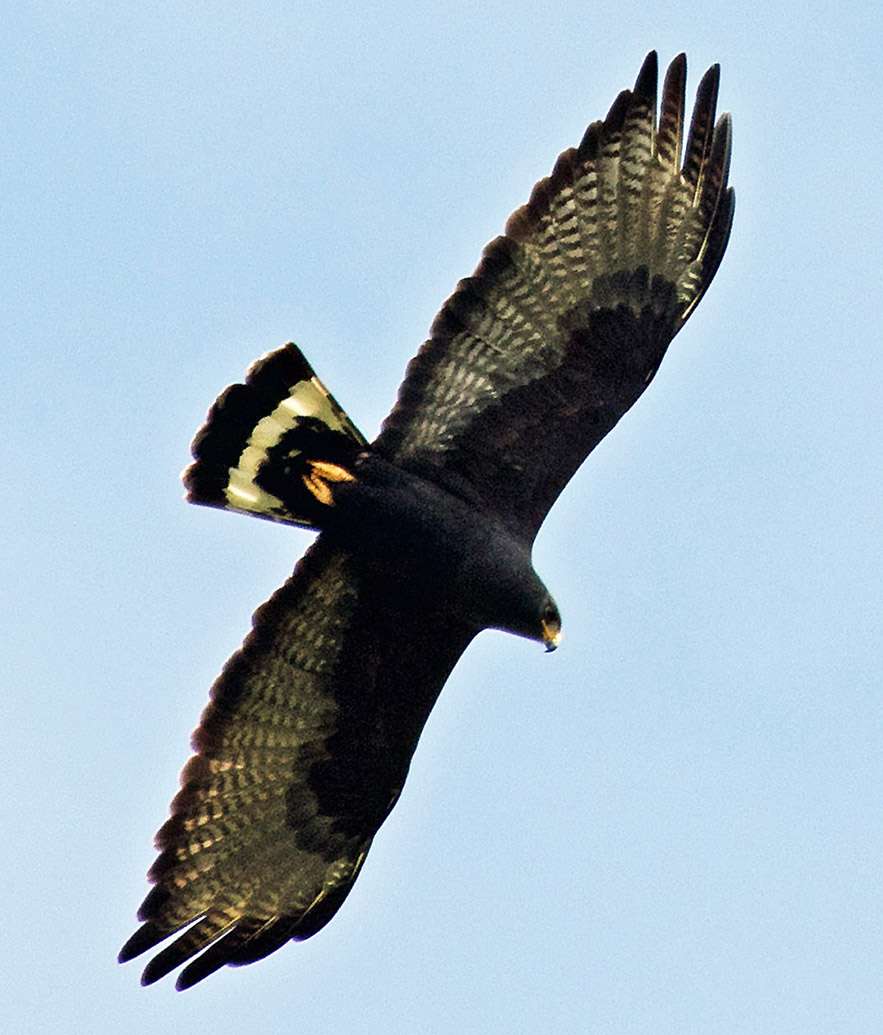 This Zone-tailed Hawk, first seen 24 Apr 2021 (here 3 Jun 2021), in the Wichita Mountains W.R., Comanche Co, Oklahoma was present through the period. While only a single bird was ever observed in any observation, suspected was that were actually two birds, and they may have been nesting. Photo © Joe Grzybowski. 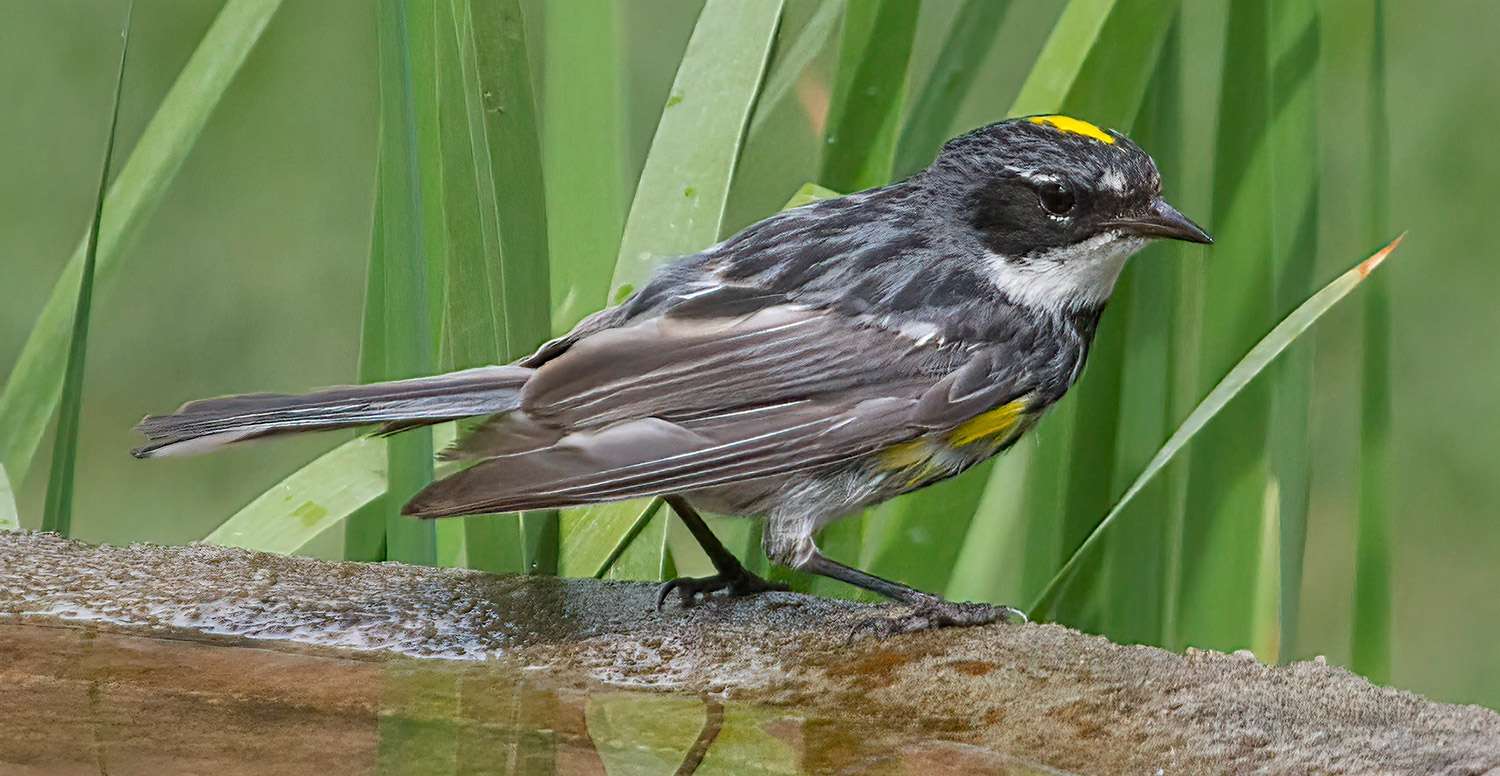