Continuing rarities in the ABA Area include the Common Shelduck (ABA Code 5) in Pennsylvania, a Northern Lapwing (4) in Massachusetts, and the Social Flycatcher (5), now in its third calendar year, in Texas

2023 starts off with a bang in Florida with the release of photos showing an apparent Gundlach’s Hawk in Lee. This uncommon Cuban endemic would be a 1st record for the ABA Area, and the 1st record away from Cuba. Discussion about this individual has been extensive, with most of it focusing on the bird’s behavior. Gundlach’s Hawk is notoriously one of the most difficult Cuban specialities to observe, preferring to stay hidden among the trees and rarely coming out into the open. Photos of the bird sitting on a Cape Coral home seem impossible, though any Gundlach’s Hawk unlucky enough to be blown to this part of Florida probably doesn’t have a lot of options in terms of vegetation. In any case, the bird has not been refound since the initial photos were taken, and remains a mystery. 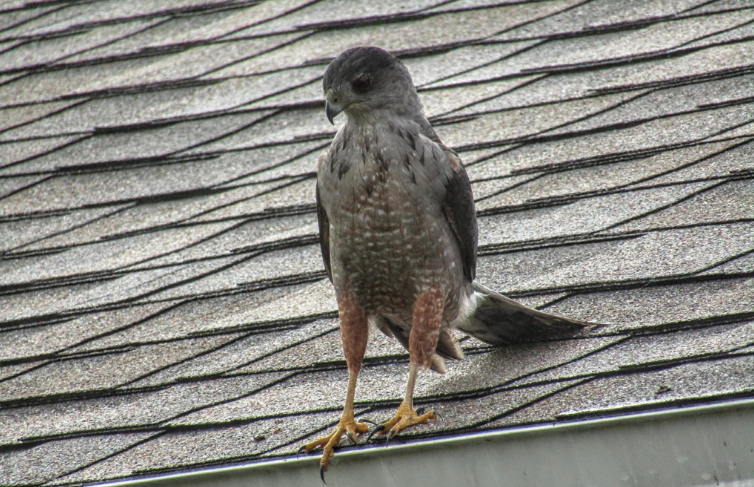 Another 1st record of Caribbean origin comes from North Carolina, where a White-crowned Pigeon in New Hanover represents a 1st for the state and only the second record of this species north of Florida.

Ohio rang in the new year in style with a pair of 1st state records, both in Cuyahoga. The last day of 2022 saw the discovery of the state’s 1st Common Gull, followed not much more than a day later by the  state’s 1st Glaucous-winged Gull Cuyahoga.

Michigan’s 3rd record of Ivory Gull was seen this week in Houghton, in the Upper Peninsula.

In Pennsylvania, a Say’s Phoebe was a nice find in Lancaster.

New Hampshire had a Mountain Bluebird in Newington.

Newfoundland’s 5th record of Hermit Warbler turned up on the St. John’s CBC.

Louisiana’s 2nd Trumpeter Swan was seen in Winnsboro, though I’m not sure about the status of the first record as eBird has it listed as an introduced bird.

Texas also had Trumpeter Swans, a small group in Hutchinson.  But more exciting was the discovery of the state’s 3rd record of Spotted Rail (5), picked up in the middle of a road in Seguin and taken to rehabilitation.

What appears to be Washington’s 3rd record of Whooper Swan (3) was seen this week in King, and the state’s 2nd Common Crane was photographed among Sandhills in Harbor. Also the Brambling (3) run for the state continues in Pacific, where the fifth individual seen this winter was noted.

Oregon’s 2nd record of Common Eider was discovered near Bandon on a local CBC.

Omissions and errors are not intended, but if you find any please message blog AT aba.org and I will try to fix them as soon as possible. This post is meant to be an account of the most recently reported birds. Continuing birds not mentioned are likely included in previous editions listed here. Place names written in italics refer to counties/parishes.

Readers should note that none of these reports has yet been vetted by a records committee. All birders are urged to submit documentation of rare sightings to the appropriate state or provincial committees. For full analysis of these and other bird observations, subscribe to North American Birds, the richly illustrated journal of ornithological record published by the ABA.