The two Pine Warblers that overwintered at Park Jean-Drapeau (Montréal) were almost expected (m. ob.), but one at Val-d’Or until 6 Mar was the first confirmed winter occurrence in Abitibi (C. Siano, R. Ladurantaye, ph.). A Scarlet Tanager at Park Jean-Drapeau (Montréal) 15 Dec (D. Néron, photos) was only the second record in Dec for the region. A first-year male Indigo Bunting was seen occasionally at Mont Saint-Hilaire 5 Feb–16 Mar; it represented a first record in the province for the period extending from Jan to Mar (R. Allie).

Photos–Québec: Winter 2019–2020
Hover or click on each image to read the caption. 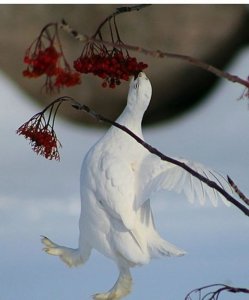 Rare so close to the coast on the North Shore, this Willow Ptarmigan was photographed at Franquelin 18 Jan 2020. Photo © Caroline Gagnon. 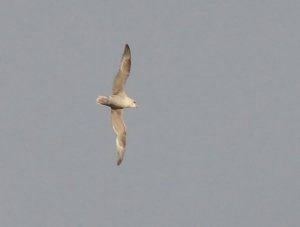 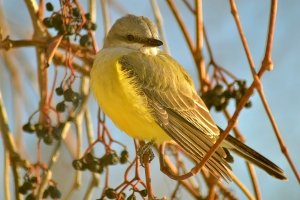 Completely unexpected in winter, this Western Kingbird at Petite-Rivière-Saint-François 8 Dec 2019 provided a record-late date for the region. Photo © Sylvain Tremblay. 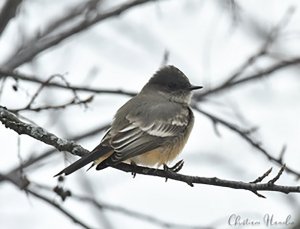 Although not record-late, this Say’s Phoebe at Champlain 5 Dec 2019 was notable. Photo © Christiane Hamelin. 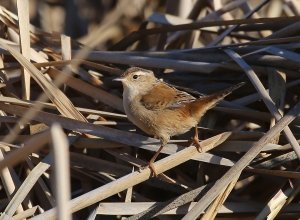 This Marsh Wren photographed at Nicolet 28 Dec 2019 survived until at least 15 Jan 2020, establishing a new record-late date for the region. Photo © Yves Dugré. 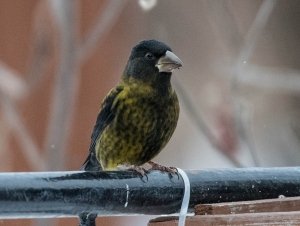 This Evening Grosbeak photographed 7 Dec 2019 at La Baie provided a striking example of melanism in a species not known for it. Photo © Annie Lavoie. 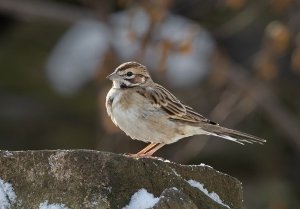 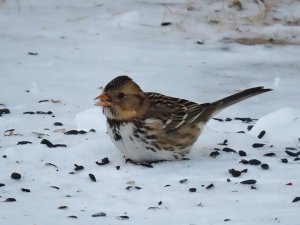 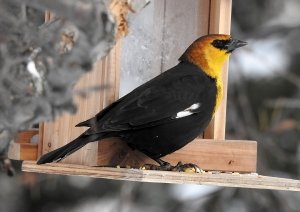 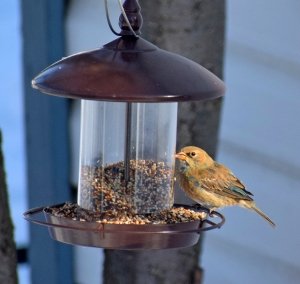 This Indigo Bunting photographed here 5 Feb 2020 was seen intermittently at Mont Saint-Hilaire until 16 Mar 2020; it represents a first record in the province for the months of Jan, Feb, and Mar. Photo © Robert Allie.