The first half of the winter 2017-2018, especially the Christmas period, was very cold with temperatures three to four degree Celsius below normal in the south. After mid-January, the temperatures slowly warmed up. Just like last year, the end of February was very mild in southern Québec, driving many migrants north much earlier than usual. Depending on the region, precipitation was highly variable. Montréal and Gaspé received more snow than in a normal winter, while Gatineau and Sherbrooke received much less snow.

Single Eurasian Collared-Doves remained at Saint-Antoine-sur-Richelieu until at least 28 Jan. (E. Landa) and at Saint-Édouard-de-Lotbinière until 27 Jan. (m. ob.), and appeared to be the same individuals that were present last winter.

Photos–Québec: Winter 2017-2018
Hover or click on each image to read the caption. 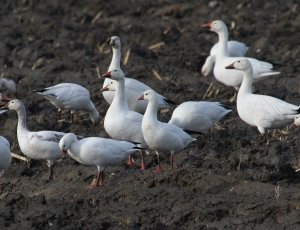 Very mild temperature in late Feb. was probably responsible for the record early arrival of this Ross’s Goose  at Sainte-Barbe 27 Feb. Photo by © Samuel Denault 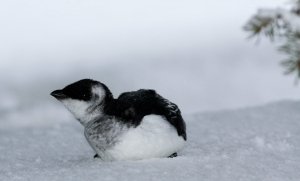 This Dovekie sitting on the snow near a feeder at Sainte-Thérèse-de-Gaspé 5 Jan. was probably a great surprise for the owner of the place. Photo by ©) Albini Couture 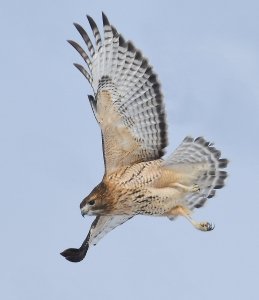 This bird present at Shawville 11-22 Dec. (here 22 Dec.) was presumed to be a hybrid between a Red-shouldered Hawk and a Red-tailed Hawk. Photo by © Robert Auger. 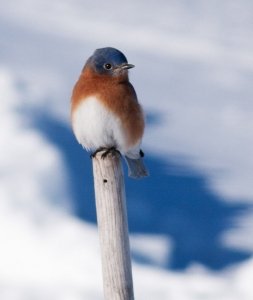 This Eastern Bluebird was one of two that spent the winter (here 26 Jan.) at Percé providing a first successful overwintering record for the Gaspé Peninsula. Photo by © Albini Couture. 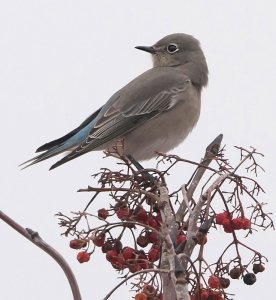 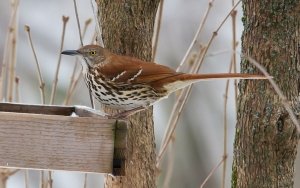 This Brown Thrasher present at Saint-Hyacinthe 19-28 Jan. (here 20 Jan.) was the only one of the season. Photo by © David Trescak. 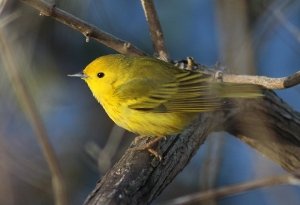 Although not establishing a new record date, this very late Yellow Warbler lingered at Sainte-Catherine up to 9 Dec. (here 4 Dec.). Photo by © Yves Gauthier. 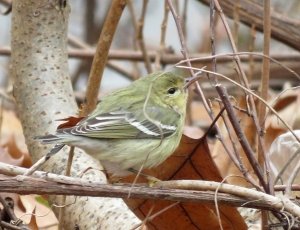 This Blackpoll Warbler at Terrebonne 2 Dec. provided a record late date for the province. Photo by © Jean-François Piché.