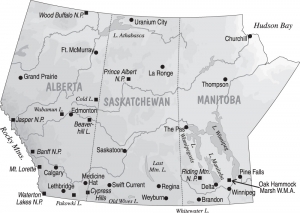 Fall 2020 was dry across the south of the Prairie Provinces, with temperatures near normal except for a long cold spell in Manitoba in October. This cold weather resulted in smaller waterbodies freezing over and a rather early exodus of most water birds. By season’s end, snow cover remained minimal across the south of the region. Although some very rare shorebirds were recorded in Alberta, overall numbers remained low due to dry conditions, continuing a disheartening recent trend.

A juvenile Mississippi Kite made a brief visit to a Winnipeg park. It represented the fourth confirmed record for the province, after the first sightings in 2014 (ph. Rudolf Koes). There were at least three unconfirmed reports during the summer of 2020. A Barn Owl, photographed in Winnipeg 29 Oct (ph. Dan Sloan), could not be relocated. There are about 15 previous records for Manitoba. There were two successful nests of wild Burrowing Owls in Manitoba, the first in years (fide Alex Froese, Manitoba Burrowing Owl Recovery Program). Captive breeding and release has been taking place for years, with little success, as young birds rarely return to the province. Northern Hawk Owls at Delta 15 Sep (Jo Swartz, Jan Bradley) and Portage la Prairie, MB 25 Oct (ph. Garry Budyk, Rudolf Koes) were out-of-range for the time of year. A Belted Kingfisher at Pine Falls, MB 21 Nov was one of the province’s latest-ever (Josiah Van Egmond). Lewis’s Woodpecker is declining in Canada, so reports at Cremona, AB 13–19 Sep (ph. Steve Dyke) and Sheep River PP, AB 27 Sep (ph. Chris Roy) were welcome sightings. One at Young, SK 1 Nov was the first for Saskatchewan since 2012 (ph. Craig Salisbury). Two Red-headed Woodpeckers were west of their usual range at Edson, AB 14 Nov (Joel Frank). Alberta had its third Red-breasted Sapsucker of the year, at Pincher Creek on 14 November (ph. Cornel Van Ryk).

A Tyrannus flycatcher, tentatively identified as Tropical Kingbird, was photographed 16 Aug south of Saskatoon, SK (ph. Deborah MacEwen). It provided the first record for the region. A “Traill’s” Flycatcher, likely Alder, at Winnipeg 4 Oct was record-late (Randy Mooi). Carolina Wrens were prominent in southern Manitoba, with sightings at Killarney 22–25 Oct (video, Carol Chapman), Winnipeg 31 Oct–1+ Jan 2021 (Carol Goossen, ph. Charles Begley, m. ob.) and Whyte Ridge, Winnipeg 22 Nov (ph. Lee Adam). A Ruby-crowned Kinglet at Winnipeg 26–28 Nov was exceptionally late (Larry de March). A Curve-billed Thrasher at Dalmeny, SK, the second record for that location and only the third for the province, was a one-day wonder 3 Aug (ph. Corinne Dagenais). A Northern Mockingbird visited Canmore, AB 6–7 Sep (ph. Neil Denton). A Swainson’s Thrush at Buffalo Pound PP, SK 2 Nov was very tardy (Annie McLeod). Evening Grosbeak numbers have been on the decline in Manitoba for years, so it was heartening to see a major influx from mid-November on. More on this incursion will follow in the winter report. White-winged Crossbills were also prominent, but redpolls were rather scarce. Overall winter finch numbers were low at the end of the period in Alberta. An Indigo Bunting in Winnipeg 11–12 Oct was record-late (Red Clarke). Summer Tanagers added color to the fall near Weyburn, SK 17 Oct (ph. Laurie Koepke), near Edmonton, AB 21 Oct (ph. Tannis Sharp) and at Winnipeg 28–29 Oct (ph. June Thompson). Dickcissels had been prominent in southern Manitoba in summer 2020, with a few birds lingering at St. Norbert until at least 4 Aug (Rudolf Koes). 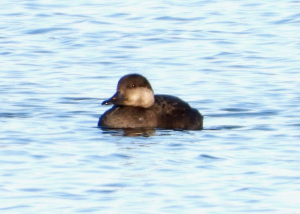 Black Scoters are the rarest of the three scoter species in the Prairie Provinces. This bird was at Calgary, Alberta in Oct 2020. Photo © Evan Walters. 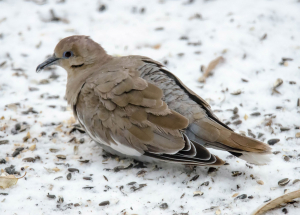 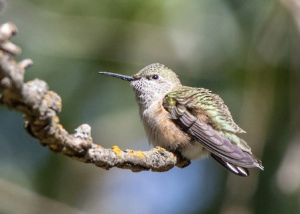 This Calliope Hummingbird in the Swift Current, Saskatchewan area on 9 Aug 2020 was only the second for the province. The first bird had been collected in 1935. Photo © Jordie Brown. 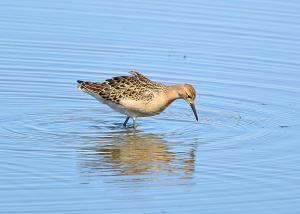 One of several rare shorebirds in Alberta in the fall of 2020, this Ruff – shown here on 1 Sep – was enjoyed by many at Calgary. Photo © Gerry Fox. 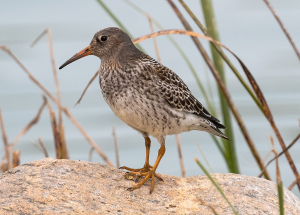 Only the second-ever Purple Sandpiper for Alberta was this nicely photographed bird at Didsbury, present 18(here)–19 Sep 2020. Photo © Maureen Hills-Urbat. 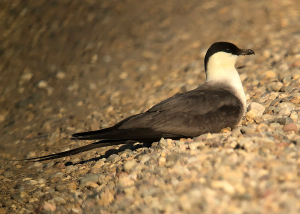 Long-tailed Jaegers can be quite confiding when they rest on shore during fall migration. This adult lingered at Medicine Hat, Alberta, in early Aug 2020. Photo © James Fox. 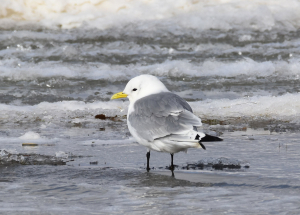 This Black-legged Kittiwake was a rare find near Twin Lakes Beach, at the southern end of Lake Manitoba, on 17 Oct 2020. It was the third overall for the south of Manitoba and the first since fall 1996. Photo © Shirley J. Rushford Guinn. 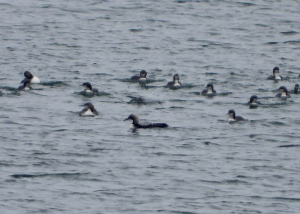 Shown here is part of a flock of 22 Pacific Loons that stopped over on migration at Glenmore Reservoir, Alberta on 19 Oct 2020. Photo © Evan Walters. 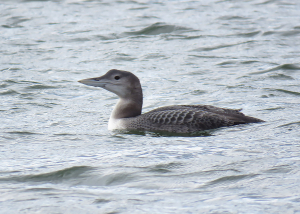 Yellow-billed Loon is a rarity in the southern Prairie Provinces. This bird was at Chain Lakes, Alberta on 31 Oct 2020. Photo © David Scott. 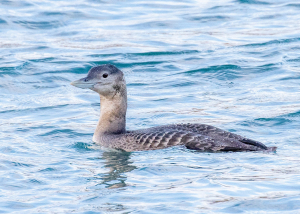 Another Yellow-billed Loon was found at Calgary, Alberta on 3 Nov 2020. Photo © Alan Knowles. 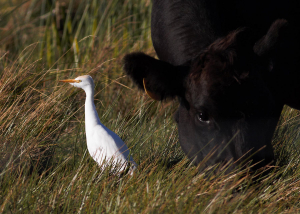 Cattle Egrets have become quite scarce in recent years in the Prairie Provinces, after hundreds summered, especially in southern Manitoba, in the early years of the 21st Century. This bird was at Whitford Lake, Alberta in early Sep 2020. Photo © Brian Genereux. 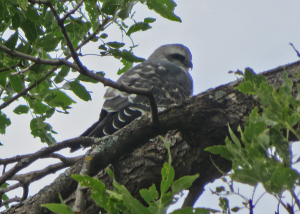 Mississippi Kites were first recorded in Manitoba in 2014, when a pair bred in Winnipeg. Since that time there have been almost annual reports, including several well-documented ones. This juvenile (possibly locally hatched?) was at Winnipeg on 6 Sep 2020. Photo © Rudolf Koes. 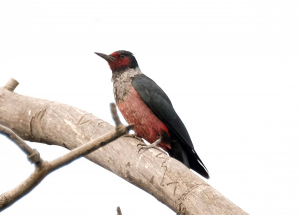 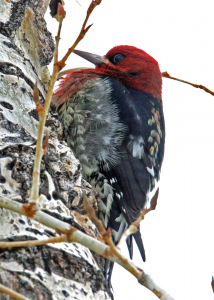 This Red-breasted Sapsucker at Pincher Creek, Alberta on 14 Nov 2020 was east of its usual range. Photo © Cornel Van Ryk. 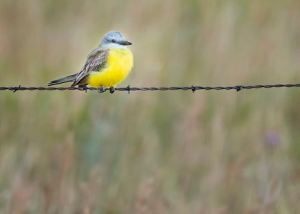 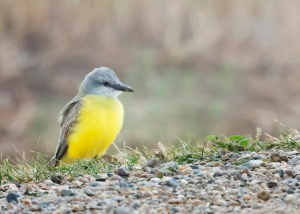 Another photograph of the Tropical/Couch’s Kingbird near Saskatoon, Saskatchewan on 16 Aug 2020. Photo © Deborah Mac Ewen. 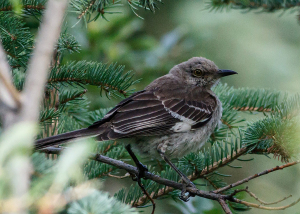 Northern Mockingbirds occasionally stray north of their usual range, but they have, until now, never established a solid foothold in the Prairie Provinces. This bird was at Canmore, Alberta 6–7 Sep 2020. Photo © Neil Denton. 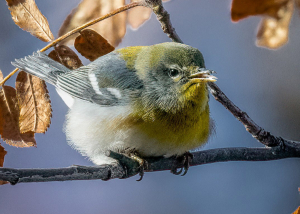 This Northern Parula at Edmonton, Alberta in late Oct 2020 was far west of its Canadian breeding range. Photo © Connor Bowhay. 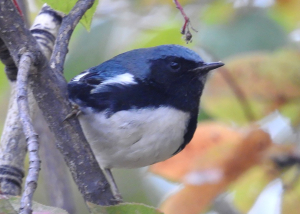