We would like to extend our gratitude to Blake A. Mann, Roger Frost, Jeremy L. Hatt, Leo Heyens, and Brian Ratcliff for regional reporting, Andrew Keaveney for assistance in data logistics, and Joshua Vandermeulen, Michael Hatton, Melanie Palik, and Luke Raso for contributing the photo highlights for this report.

Drought-like conditions from May continued throughout most of the province into the first half of the summer period. Southern and north-western Ontario saw higher than average temperatures while the Hudson and James Bay region was cooler and wetter than average. July brought relief for southern Ontario, with cooler than average temperatures and rainfall to break the drought. Northern Ontario, especially north-western Ontario continued to have above-seasonal temperatures and low rainfall. This combination resulted in an exceptionally high number of forest fires: 1180 for the 2021 season compared with only 595 in 2020 and the 10-year average of 792.

An irruption of Black-bellied Whistling-Ducks occurred this summer, with five records across the province, including this flock of 16, a new high count for the province, photographed here on 12 Jul in Port Dover, Norfolk Co. Photo © Joshua Vandermeulen. 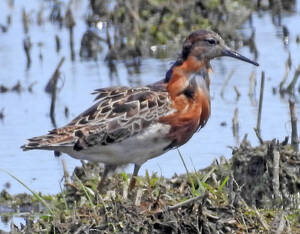 Present from 21-26 Jun in Coldwater, Simcoe Co, this male Ruff, photographed here on 24 Jun provided excellent views for the many birders who came to see it. Photo © Michael Hatton. 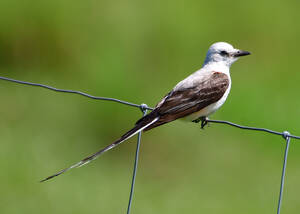 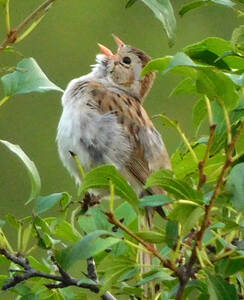 A rarely observed hybrid combination, this Clay-colored x Field Sparrow, photographed here on 18 Jul, was observed by many for most of the month near Puslinch, Wellington Co. Photo © Luke Raso.