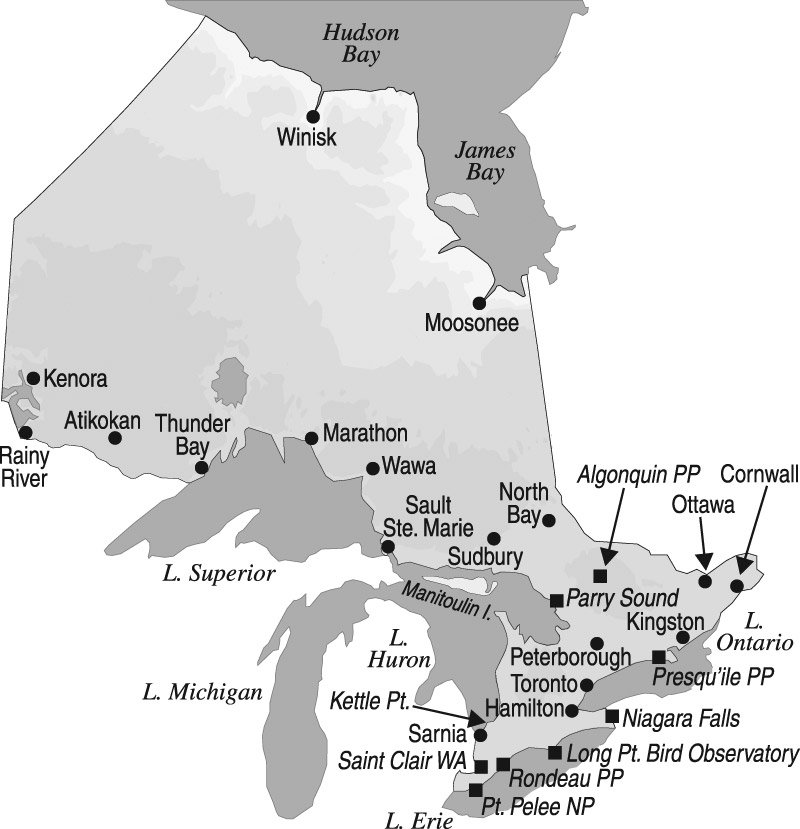 Ontario experienced typical autumn weather in September and October, save a series of late September storms that produced an EF-1 tornado and dropped small hail in many locales in southern Ontario. The first half of November, however, brought a stretch of weather that was about as good as it gets for this time of year. Temperature records were smashed across the province, with some towns and cities recording their warmest November day ever. One of the most noteworthy high temperatures was recorded in Collingwood—26 ℃. The seasonal average high for November in southern Ontario is around 8 ℃, but this year’s average high exceeded that number by an astounding 10 ℃.

Perhaps the most significant bird event during the fall season was the irruption of boreal species. This year brought us a “superflight” of winter finches, as the search for food drove southward large numbers of Evening Grosbeak, Pine Grosbeak, Purple Finch, Common Redpoll, Hoary Redpoll, Red Crossbill, White-winged Crossbill, and Pine Siskin. The spruce budworm outbreak in eastern Quebec was likely only one of several contributing factors, as the irruption of all eight species implies mast failures across much of the boreal forest. This rare event delighted Ontario birders, many of whom had great looks at these uncommon visitors.

A Black-bellied Whistling-Duck was seen for the second consecutive autumn in the far southwest of the province, this time 10–11 Sep at Kingsville, Essex (Dale Wenger). An early Ross’s Goose made a one-day stop 10 Sep at Exeter, Huron (Ezra Campanelli, Dana Latour, Tony Latour). A Taiga/Tundra Bean-Goose, Ontario’s first bean-goose, was perhaps the most stunning observation of the entire year, seen 8–22 Nov at Ottawa, Ottawa (Nick von Maltzahn) and 13–19 Nov at Clarence-Rockland, Prescott and Russell (Kenneth Burrell). A Brant was present 11 Aug–14 Oct at Port Dalhousie, Niagara (Joshua Vandermeulen). There were several reports of Barnacle Goose in the far east of the province: 25 Jun–5 Aug at Kanata, Ottawa (m. obs.); 10–25 Sep at Mitchell, Perth (Lucy Jorna); 4 Oct–22 Nov at Clarence-Rockland, Prescott and Russell (Vincent Fyson, Alice Tremblay); 10 Oct–22 Nov at Ottawa, Ottawa (Martha Burchat, Colin Gaskell); and 22–28 Nov at Ottawa, Ottawa (Mark Gawn). These reports likely pertain to two or more distinct individuals, as the Prescott and Russell and Ottawa birds were reported around the same time on 22 Nov. 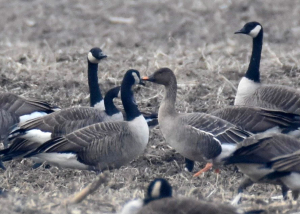 Although its species identification is still being debated, this bird represents the first record of Taiga/Tundra Bean-Goose for Ontario. Here photographed 9 Nov, it was present 8–22 Nov in the Ottawa area. Photo © Luke Berg. 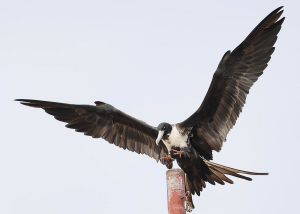 Several Magnificent Frigatebirds were reported this fall, including this bird, photographed in Leamington on 5 Nov, which was almost certainly the same one seen the day before flying south-west from Erieau. Photo © Paul Pratt. 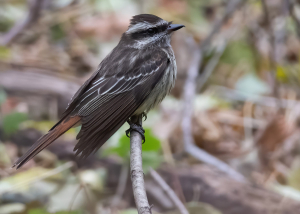 Representing only the second record for Ontario, this Variegated Flycatcher was well seen by many birders during its stay in Brooklin. Photographed here on 16 Nov, the bird was present 13–17 Nov. Photo © Amanda Guercio. 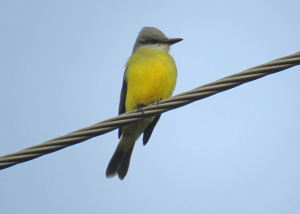 Ontario’s third, this Tropical Kingbird was a one-day wonder in Thessalon on 7 Nov. Photo © Carter Dorscht.