No. 22: Birds and Life Moments

No. 22: Birds and Life Moments

Question: What bird reminds you of an important life moment?

One of the most wonderful things about birding is that once you become a birder, your whole life is filled with the wonder of birds. Every moment we spend outside, we’re aware of what birds are around us, even if we’re not actively seeking them. And birds are almost always near when we’re indoors too, whether they’re the birds at a backyard feeder or the robin the wakes us in the morning, or simulacra like tchotchkes and art on the walls of our homes or photos and words on our computers and in the books we read. And it’s not so much that we go out of our way to surround ourselves with birds, but rather that we now have an acute awareness of their presence. We know they are always nearby.

And their presence becomes a way to remember important moments. I cherish my encounters, just a few seconds long, with Trindade Petrel miles offshore or a Sinaloa Wren I spent hours staking out, but that’s not what I’m referring to here. I mean the birds that I noticed and remember from important moments in my life that had nothing to do with birds or birding explicitly—birds that would have been there anyway, but that I probably wouldn’t have paid a second thought to. 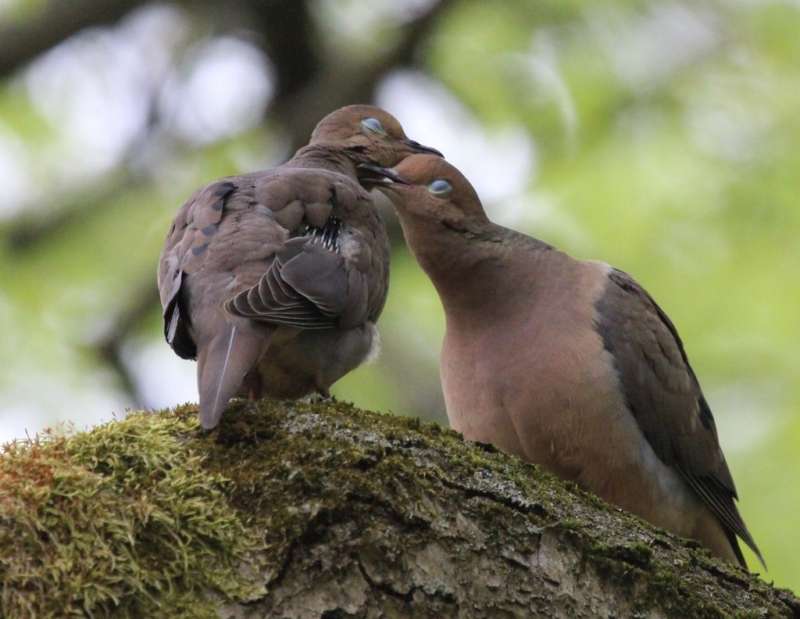 Two Mourning Doves, one of seven species in the genus Zenaida.

When my wife, Adrienne, and I got married in 2015, it wasn’t how we originally thought it would be. We had planned for the wedding to be in May 2014, surrounded by friends and family and hopefully some birds, but, just a couple months before the day, I learned that I had had a recurrence of cancer, which had spread to a different part of my body. The wedding was canceled, and instead I began chemotherapy, followed by major surgery, followed by more chemotherapy—the treatments took the rest of the year.

So, in 2015, we got married almost as soon as we could, with less than ten people in attendance, on a cold February day in Pittsburgh in Adrienne’s parents’ house. It was just about everything I could’ve wanted from a wedding. And there were birds, even though we didn’t plan for them.

“Frank… Mourning Doves,” Adrienne said to me in our first quiet moment after the ceremony.

“Yeah,” I said, looking at two huddled-together doves, right outside the window. Maybe I should’ve realized right away why she was pointing them out, but it wasn’t until she explained their significance that I got it.

“They’re the first birds we’ve seen since getting married.” 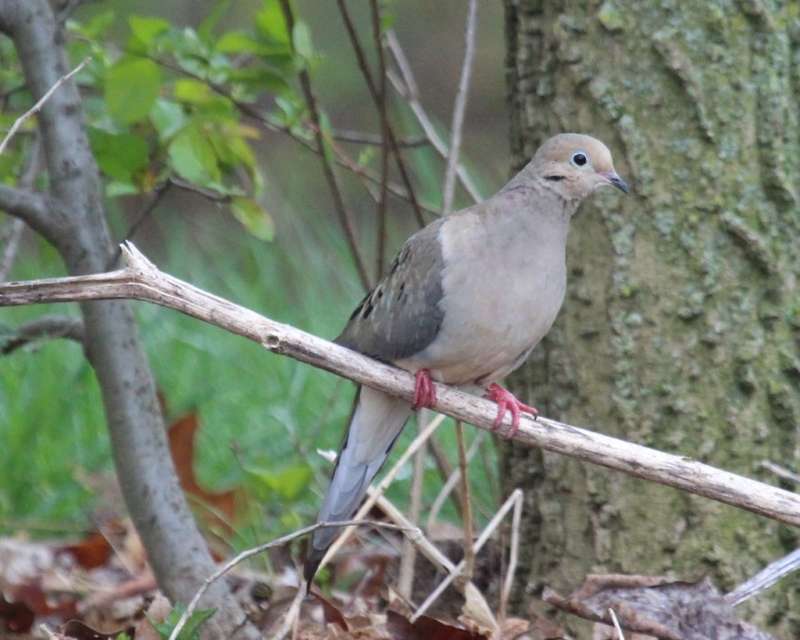 The Mourning Dove is a common species in my area, but one that connects me with some of the rarest and most special moments of my life.

When a bird becomes bonded with such an important life moment like that, your relationship with that species is different forever. So we doubled down. During Adrienne’s pregnancy, while birding one afternoon in our local park, as she and I discussed possible first and middle names for our daughter, Adrienne had an idea that stopped me in my tracks.

Zenaida, of course, is the genus of the Mourning Dove, Zenaida macroura. And months later, when Adi was in labor, after a full day spent in the indoor darkness of the hospital, I looked out the window of the delivery room for a brief moment as the sun set, to see if I would see an actual bird that day. And I did.

“Adi, you won’t believe this… I can only see one bird. A Mourning Dove.”

But Adi couldn’t see it from where she lay on the bed, until, obligingly, the bird flew to a different spot on the wire on which it was perched that was in Adi’s line of sight. Maya Zenaida Izaguirre was born not long after that. She turns one year old tomorrow. As winter turns to spring, and it becomes easier for us to go on stroller walks with Maya, every Mourning Dove sighting is excellent, a window to cherished days.

The Mourning Dove is the bird that most reminds me of important moments from my own life. What bird reminds you of an important life moment?

The day my daughter was born, Saturday, May 23, 1998, was a hot, Northern Virginia morning following the passage of a warm front. We barely made it to the hospital at about 8:00 in the morning. I parked illegally at the entrance, handed my deep-in-labor wife to the receptionist, ran back to the car, parked it in the lot, and sprinted back to the hospital. From one of the small trees in the parking lot (where were barely more than saplings) came a simple, high-pitched birdsong. “Blackpoll” I murmured, with breaking my stride. As I ran back inside, the receptionist… Read more »

Oh wow, that is too special. I love Blackpoll Warblers, especially their song. I’m sure hearing a Blackpoll song has never been the same for you since. Congratulations and thank you for the wonderful story!