No. 21: Birds and Early Migrants

No. 21: Birds and Early Migrants

Question: What is your favorite early migrant?

The pinnacle of spring is when the first of year birds come hard and fast: when you’re getting 3­­­­­-5+ birds you haven’t seen in months per day, sometimes even per hour or minute. The euphoric two-week period when this is possible, which varies across the US and Canada, is considered by many to be the most exciting time of the year to go birding in the ABA Area.

But there’s joy in the gradual build-up to that special window too. In the Midwest and Northeast, late February and March bring with them the intrepid early migrants, those that can withstand and adapt to the inevitable cold fronts that will pass through before spring is truly sprung. Part of the charm of these early arriving migrants is that they are experienced less as a rapturous frenzy and more as a savored encounter. In March and April, at least for me, getting more than 1-2 first of year birds per day is uncommon, so each one is special and an automatic highlight of the day.

For instance, when I see my first Red-winged Blackbird of the year, I really look at and enjoy that Red-winged Blackbird: the sleek black plumage, the blazing epaulettes, the glistening bill, all of it. So too with the first Brown-headed Cowbird: they are more colorful and dramatic than we remember them. With these two species, the males typically arrive first to establish territories, and when the females arrive, we can enjoy their unique plumages as another first of year sighting. There is something that seems more personable about these early migrant encounters, the way they feel more like a reunion or a homecoming celebration than the magical mania of May (or April in the South).

My personal favorite of these fearless early migrants is the Common Grackle. Not only are they the first passerine arrival in my area, but without fail, their spring plumage is more mesmerizing than memory seems capable of registering: they are just so unbelievably beautiful in spring. But few people notice! We often think of warblers and other tiny birds as “birders’ birds,” since non-birders don’t or barely notice their existence. 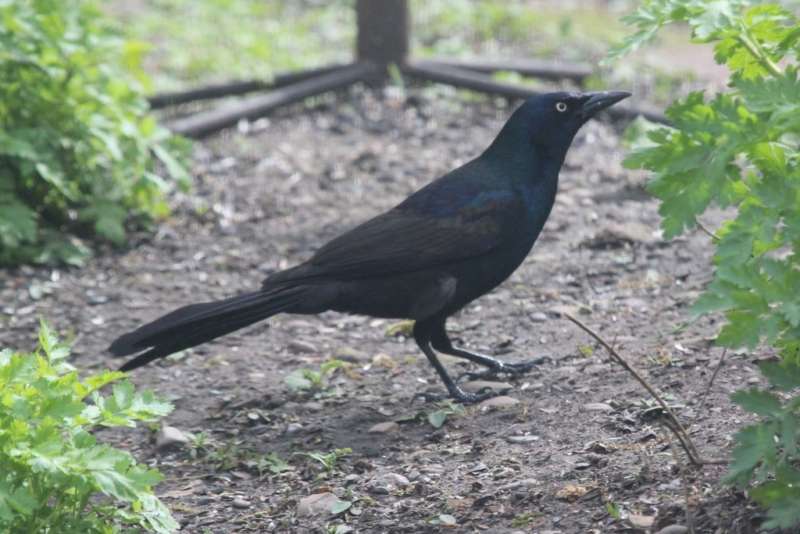 The Common Grackle, a birders’ bird. 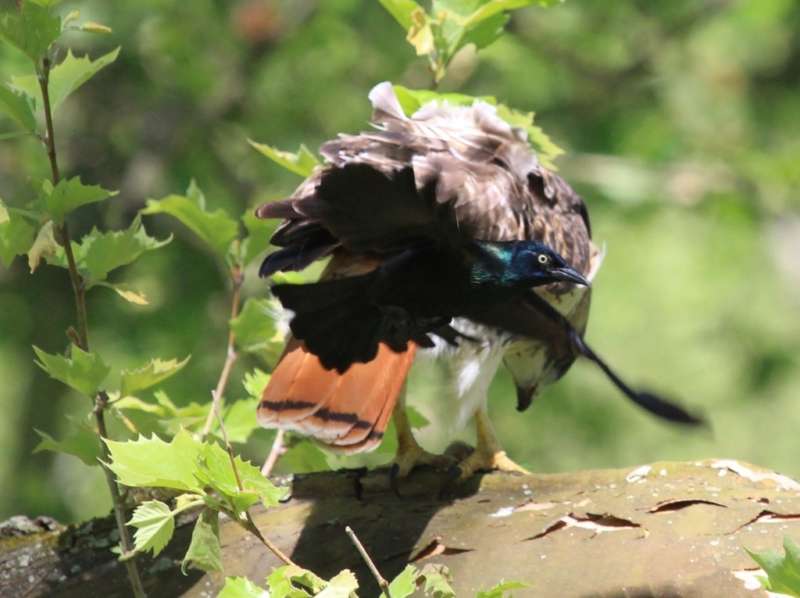 Common Grackles have been back for some time now in Pittsburgh, PA—typically they return as early as late February—and have perhaps arrived just about everywhere they routinely spend the summers. The Common Grackle and its uncommon beauty make it my favorite of the early returning migrants. What is your favorite early migrant?

I can’t say I have one particular favorite I look forward to each year (though that may change), but this year it was probably Allen’s Hummingbird. When they first start arriving you can still be reasonably certain of their ID without needing impeccable tail-spread photos since they get here a full month before Rufous.

Oh wow, that is very helpful of the Allen’s to arrive earlier than the Rufous, haha. It’s amazing how hardy some of those western hummingbirds are.

I’m gonna haveta say Common Grackle, too. When they get back–for me here in northeastern Colorado, just as for you in southwestern Pennsylvania–they do so with a vengeance. Maybe just one or two on the first day, but scores if not hundreds not even a week in. And I totally know what you mean about the grackle’s status as a “birder’s bird.” They’re SPECTACULAR, with those crazy blues and glistening bronzes and oversaturated purples; and those insane calls; and they’re distinctively shaped; and their “VisMig” is striking; and they’re sassy and bold and endearingly obnoxious; and, yet, so paradoxically, the… Read more »

Honorable mentions from your Colorado correspondent:

Lots of really cool birds there that aren’t in Pittsburgh…basically all of them besides Common Grackle, haha. It’s kinda weird actually how Sandhill Cranes seem allergic to Allegheny County.

Yeah, good point: the cool sounds are a great bonus, so weird and metallic and even a little menacing. Even though they’re just one species, it really feels different once they’re back.

I’m so glad to see some appreciation for the Common Grackle! I always thought I was one of the few who liked them. They are also one of my favorite early spring arrivals.

Yeah! They are amazing and underappreciated. I remember from your presentation how much you loved the Great-tailed Grackles in Texas.