Question: Have you ever had a status and distribution shock while birding or researching a birding trip?

Researching the birding trip: for many birders, it’s almost as much fun as the trip itself. How many Word documents of half-planned itineraries do you have on your hard drive right now? You don’t have to fess up (I might have just as many).

Often while researching a new destination, we learn a lot about status and distribution, affectionately known by birders as S&D: basically what birds are found in a place and how likely you are to see them. When we learn about S&D, we occasionally find out something that truly shocks us. WHAT. I didn’t realize such-and-suches wintered that far north?? It’s part of what makes birding special: there always seems to be so much more to learn.

On the last trip I took before the pandemic began, I had one such S&D shocker. It was February, so Adrienne and I were planning a winter rarity roundup—something we’d done a few times before with great success—and this one was taking us into Canada. About half our lifer targets were owls, maybe unsurprisingly, and I had pretty much figured out where we needed to go for every potential lifer. But, as a matter of prudence, I ran an eBird target species search in Ontario.

I was expecting the results to be something like: 0.03% of checklists have a Gyrfalcon, with no other lifer possibilities. But to my astonishment, there was a potential lifer totally not on my radar. I simply had no idea that there are Gray Partridges in Ottawa! And it seemed like people were regularly seeing them at a certain spot—I almost couldn’t believe it. For a relatively brief road trip that wasn’t heading too far from home and had the potential for just two lifers for me, plus a couple others for Adi, adding in another was hugely exciting. And it seemed like there was a great chance for it! How had I not known about this?

I eventually learned, from Ottawa-based bird boss Marcel Gahbauer, that Gray Partridges had gradually been declining in Ottawa for many years. If I recall correctly, he said that Wild Turkeys had moved into urban areas and were outcompeting them: there was only one reliable spot left, the same place I had scrutinized on eBird of course.

But as birders familiar with Gray Partridges already know, and I was soon to learn, Gray Partridges can be toughhhh. Even when you know they’re there, they’re just not there. Unfortunately for us, we had the less-than-luxurious window of about 24 hours to find our Gray Partridge amid various other targets and activities planned during our brief stay. We tried once on the way to the Northern Hawk Owl spot (which was a slam dunk, by the way), and once on the way back to the hotel.

We got to know that small, snow- and ice-covered field hemmed in by under-construction suburbs pretty well I’d say, but we didn’t have much to show for our efforts other than great looks at what seemed to me to be a larger-than-in-Pittsburgh Pileated Woodpecker and, perhaps ominously, a group of Wild Turkeys. Every rock, every dark blotch in the landscape that just might be a Gray Partridge was, in fact, not a Gray Partridge. I even sought higher ground to survey the windy, wintery landscape. 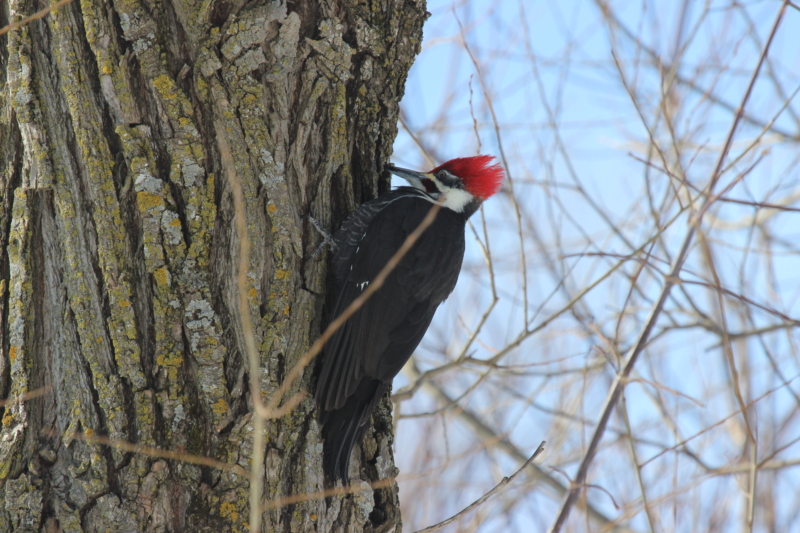 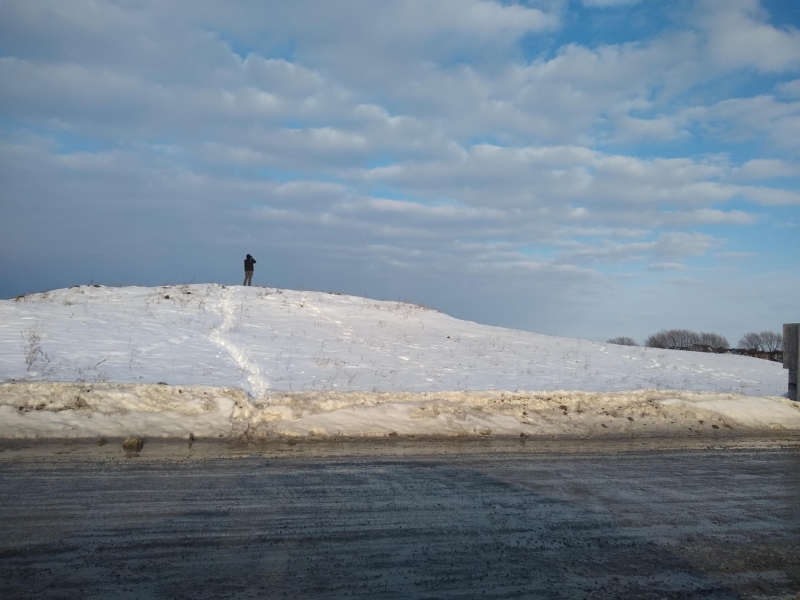 The conjurer attempts to conjure up a Gray Partridge, unsuccessfully. Photo by Adi, who later named the site Mount Partridge.

There was one chance left: a brief and final check while driving out of Ottawa on our way to Algonquin Provincial Park. And wouldn’t you know it: Gray Partridges do exist! At least five of them did in that particular moment of space and time. 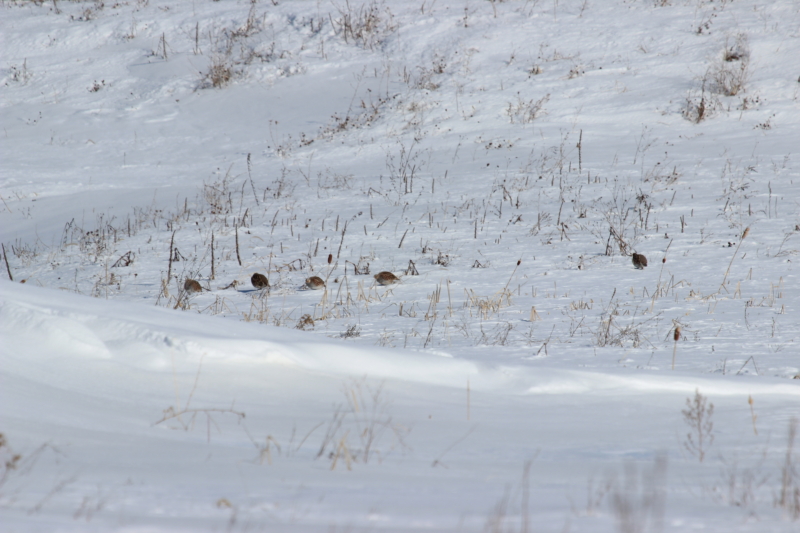 Are those… they do exist! Gray Partridges, holding on in Ottawa.

I agree with your statement that researching, planning, and eBird “scouting” for an upcoming trip is almost as fun as the trip itself. Recent trips to North Dakota (June 2021) and Las Vegas (February 2022) – both places I had never before birded – required a lot of advance planning on my part. And that planning paid off with several Lifers, including your elusive Gray Partridge in North Dakota and the continuing Rufous-backed Robin in Las Vegas, among a few others. This summer’s road trip: Iowa! Let the research begin!

North Dakota is exactly the kind of place I roughly had in mind as prime Gray Partridge territory in the ABA Area–I knew they have a presence in some of the western provinces too.

Good luck in Iowa! Hope it’s fun, both the planning and the trip itself!

Yes, exactly! I knew they were in the western provinces and also North Dakota and Montana (within the ABA Area).

They are even farther east than Ottawa too, with some in Quebec and even Prince Edward Island!

I’m planning a trip to south Texas later in the month, and just today I experienced “S&D shock” when I learned that Mangrove Warblers are practically resident on South Padre Island. In this case its not just due to a small population as with the partridge, but also obscured due to “taxonomy blindness.” I’ll bet a lot of birders are learning a great deal about the status and distribution of Common Gulls this winter. Next year – maybe Eurasian Whimbrels will be on our radar?

Wow, I didn’t know that either–that’s a good one.

That’s a good point: taxonomic changes are often the trigger for many birders to learn more about S&D.