No. 17: Birds and the Slam Dunk Twitch

No. 17: Birds and the Slam Dunk Twitch

It’s the thrill of the chase, the agony of uncertainty, the ecstasy of finally getting the bird after so much heartache and physical exertion… that’s what makes chasing rarities so addictive, right?

Sure, kinda, maybe, but… it’s nice when the bird’s just right there too. Here’s an entry for the slam dunk twitch chronicles, the ones where you barely have to get out of the car to enjoy that high-quality tick.

Before pandemic times, my wife, Adrienne, and I were in the habit of driving down to Miami from Pittsburgh once or sometimes twice a year to visit my parents. It’s a long drive, but the great advantage was we could stop for good birds on the way down (and then there are usually more good birds in South Florida). So it was in December 2019, which was actually our most recent trip down: an immature Heermann’s Gull had been bouncing up and down the Atlantic Coast, but had seemed to settle in at a beachfront park in Lake Worth.

Now, the tricky thing with these twitches while en route to visit parents is that they usually can’t take too long, not just because we’re on the road and already kinda tired but because sometimes we can’t be late for dinner! That was more or less the situation on this particular day: would the gull be waiting for us? Heermann’s is of course a straightforward bird on the West Coast, but it’s a phenomenal bird for Florida, so we sure hoped it would play nice.

You know when you take that first step out of a car as the driver after being on the road for hours, like the moment you put your left foot down and feel just a tiny bit wobbly while the right foot is still in the car? Nothing serious like you’re going to fall or something, but just the slightly disorienting split second of having a foot on the ground again while your head crests over the roof of the car and the top of the open car door?

Yeah, that was the moment when I saw a dark bird coasting on the ocean breeze a fair bit out and said to Adi, “$%&@, I think that’s it.”

And it was. The bird dove back down to where we couldn’t see it from the parking lot, and even strangely disappeared for a tense minute, but soon enough we were able to see that gorgeous chocolate brown Heermann’s performing aerial acrobatics and then chilling out on the sand. 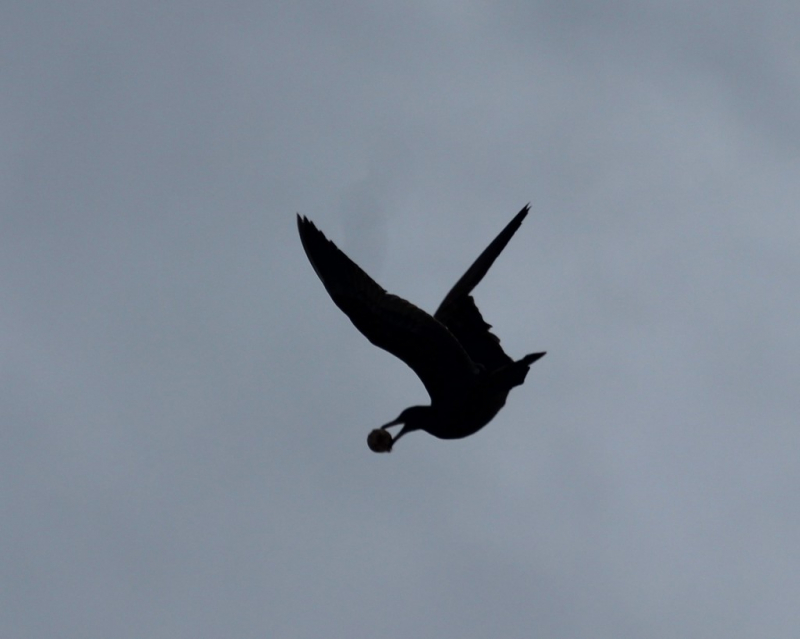 The Heermann’s Gull, playing with a mysterious object from the sea, which it released and then caught in mid-air several times when we first encountered it. 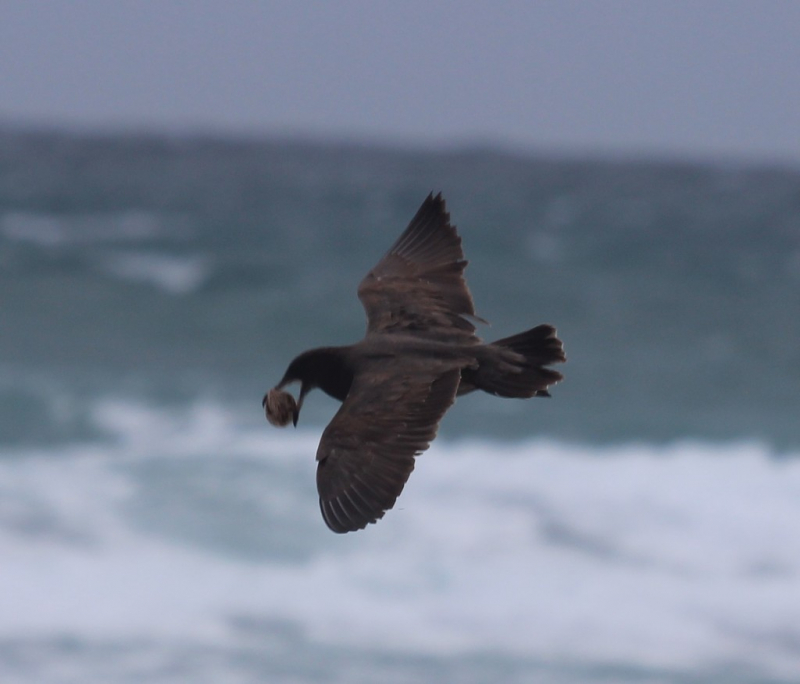 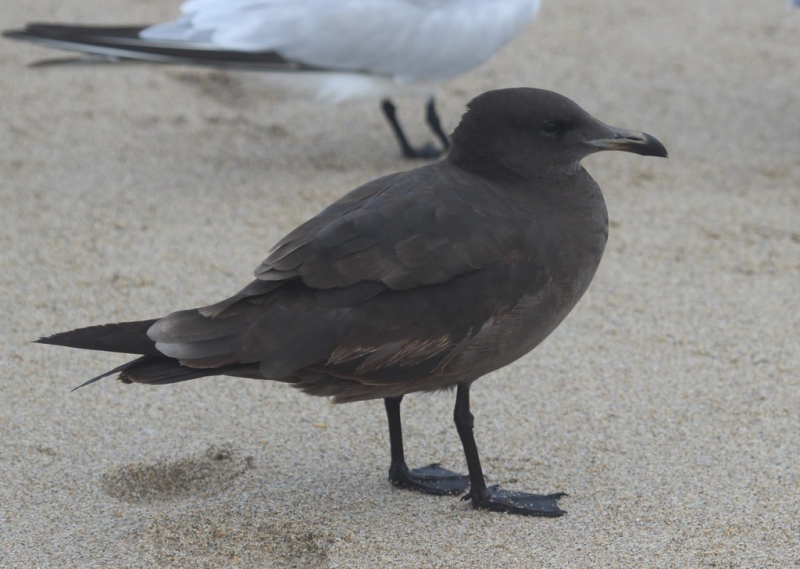 Our feathered beauty, the motive of our time-strained detour, resting calmly on the beach.

I got great photos, both in flight and on the ground, and we were on time for dinner. The Heermann’s Gull is my best slam dunk twitch. What’s yours?

It was too hard to pick just one, so honorable mention goes to the Tufted Duck that had been continuing with a bunch of Greater Scaup but that was the first Aythya I saw, naked eye and in stride, while walking up to the reported location. For my top dunk I’ll go with a Black-throated Blue Warbler in San Francisco’s Golden Gate Park. I started the morning looking for a Yellow-green Vireo that had been seen in almost the same place the day before, but after around a half hour another birder mention the Black-throated Blue was being seen just… Read more »

Tufted Duck is my nemesis! Haha, jealous of that one.

That is cool about the BT Blue. That experience of coming toward a crowd of birders and them looking at you (because the bird is almost right next to you) seems vaguely familiar to me, but I can’t remember an actual bird that happened to me with, so maybe I’m misremembering. There’s something there about how intense coming up on a crowd looking for a rarity is–maybe that can be a future column.