Every year as summer wanes, birders across North America eagerly turn to the Winter Finch Forecast, with the hopes that it might be an irruption year, when birds of the boreal forests descend on areas well outside of their normal, chilly ranges. 2020 is one such year, and indeed, it has already been an exceptional fall in the East for numerous species, particularly Pine Siskin. Morning flight surveys at Cape May, for example, have featured exceptional counts not only of Pine Siskins, but also of Brown Creepers, kinglets, and both Red-breasted and White-breasted nuthatches. Less discussed than these eastern movements, but every bit as impressive, is the irruption of Rocky Mountain birds currently flooding parts of the western Great Plains. Rather than being focused on a single family or group, like finches or jays, this fall has featured unusual numbers of a broad range of western montane species, from jays and chickadees to finches and woodpeckers. While the cause of this irruption is not yet known, potential drivers include record-breaking fires and droughts throughout the West (which may be forcing birds to flee) or more conventional irruption-drivers, such as overflowing population numbers from a very successful breeding season, or substandard food supplies in their regular range. Regardless of its cause, such events are rare, perhaps only happening on this scale in 10–15 year intervals.

As of mid-October 2020, this irruption has been primarily concentrated in southeastern Colorado, southwestern Kansas, and the Oklahoma and Texas panhandles, but there’s no telling how far western birds might make it this fall. Of the western species outside of their normal ranges, Mountain Chickadees and Woodhouse’s Scrub-Jays have been the most prevalent. Both have been downright common in towns and woodlots in parts of Cimmaron County, OK; Dallam County, TX; Morton County, KS; and surrounding areas; thus far scrub-jays have made it at least as far as Garden City, Kansas. Steller’s Jays, which have been popping up in eastern Denver, Colorado, where they are usually rare, have made it as far east as Hugoton, Kansas. While the species is known to occur as a winter visitor in the Oklahoma panhandle in some years, this season’s Oct 5 arrival date is exceptionally early. Multiple individuals have also been documented past the canyonlands and out on the plains of Cimmaron County, OK and Morton County, KS, where they are even rarer. Pinyon Jays have also been irrupting. In Kansas, the first records of the species since 2003 were found in Morton County on 5 Oct and in Hamilton County on 9 Oct. In Texas, where Pinyon Jay has not been documented since 2017, one was photographed and recorded in Dallam County on 4 Oct, and there have also been records on the eastern plains of Colorado in areas where the species is less than annual.

As in much of the East, Red-breasted Nuthatches and Pine Siskins are nearly everywhere on the western plains this fall. Scarcer finches have also shown up in higher numbers than normal: Evening Grosbeak has been recorded in Bent County, CO (24 Sep), Yuma County, CO (2 Oct), Hamilton County, KS (9 Oct), and Cimmaron County, OK (10/5); it is a review species in Oklahoma. Cassin’s Finch has already had its best showing since at least 2017, with multiple records in Dallam County, TX on 10/4 and 10/6, Texas and Cimmaron counties, OK on 5 Oct and 9 Oct, Morton County, Kansas, on 10/18, and the adjacent plains of Union County, NM (11 Oct) and Baca County, CO (4 Oct). A Williamson’s Sapsucker, also a review species in Oklahoma, was present in Cimmaron County from 13–15 Sep, and another bird was found just a mile from the Oklahoma border, in Baca County, CO, on 6 Oct. Also in Cimmaron County, OK, a Black-capped Chickadee was found and documented on 5 Oct (and, as of 11 Oct, was still present); it represents the first known record in the state in 20 years. Western migrants, particularly Red-naped Sapsuckers, Cassin’s Vireos, and Townsend’s Warblers, were also in higher numbers than usual for October. At the subspecies level, the first eBird records of “Rocky Mountain” Downy Woodpeckers were documented in Kansas and Oklahoma, as well as the second eBird record of this form in Texas, and a hybrid Red-naped X Red-breasted Sapsucker was photographed in Cimmaron County, OK, on 5 Oct.

The eastern limit of this irruption is difficult to define because of both the low density and uneven spatial distribution of birding coverage on the western Great Plains, which is one of the most sparsely-populated areas in the Lower 48. Coverage, of course, is biased to where rare birds have already been reported, particularly in a region where almost all of the birders are 4+ hours from home. That makes questions about the nature and extent of this event difficult to answer. How far east could western species make it this year? Will this irruption continue to accelerate, or have we already observed its peak? Could it be possible to find even scarcer western species, such as Clark’s Nutcracker, Pine Grosbeak, or even American Three-toed Woodpecker? There have already been records of far-flung, early western vagrants this fall, like Townsend’s Solitaire in South Carolina and Varied Thrush in Texas, which may or may not be related to the dynamics driving the irruption on the plains. The only way to find out is to go birding, so birders across the central and eastern portions of the U.S. and Canada should make sure to have western species on their radar this fall. 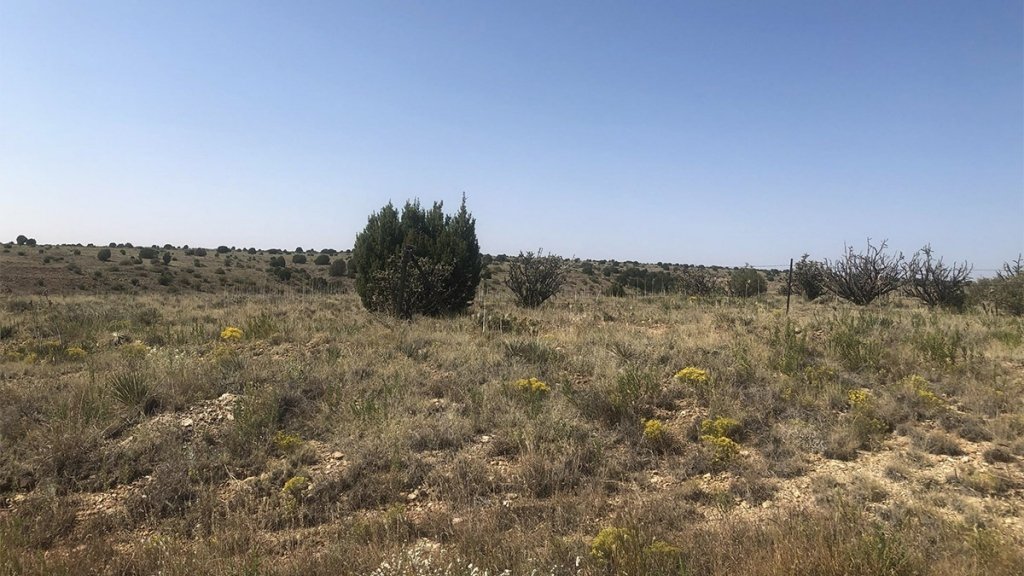 It might not look like much, but this lonely juniper bush in Cimmaron County, Oklahoma, had two Mountain Chickadees in it. October 5th, 2020. 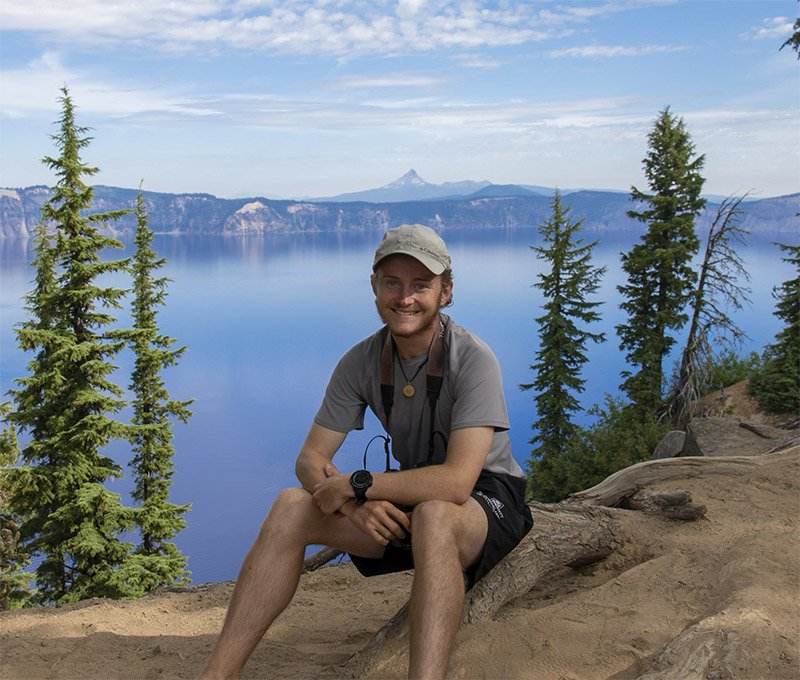 Alec Hopping is a birder, researcher, and recent graduate of Cornell University, where he studied cutting-edge approaches for biodiversity monitoring in the tropics. Born and raised in Colorado, he is passionate about using birds as a lens for improving integrative conservation approaches around the world. Alec loves finding creative, cost-effective ways to travel to places off the beaten path, and is constantly working on tuning his birding intuitions in as many different systems as he can get to. He can be contacted at wahopping@gmail.com

Here in southern Arizona, we’re also seeing a lot of montane birds in the valleys – chickadees, titmice, Yellow-eyed Juncos, and Cassin’s Finches among others.

[…] noted in last month’s Field Ornithology article by Alec Hopping, the West is also getting in on some of the irruption fun, and The Finch Research Network continues […]

[…] notice that even though we’re only partway through November this year, there are already reports from central Kansas, Oklahoma and well into Texas. There are far more reports throughout the southern half of its range this year as well, […]