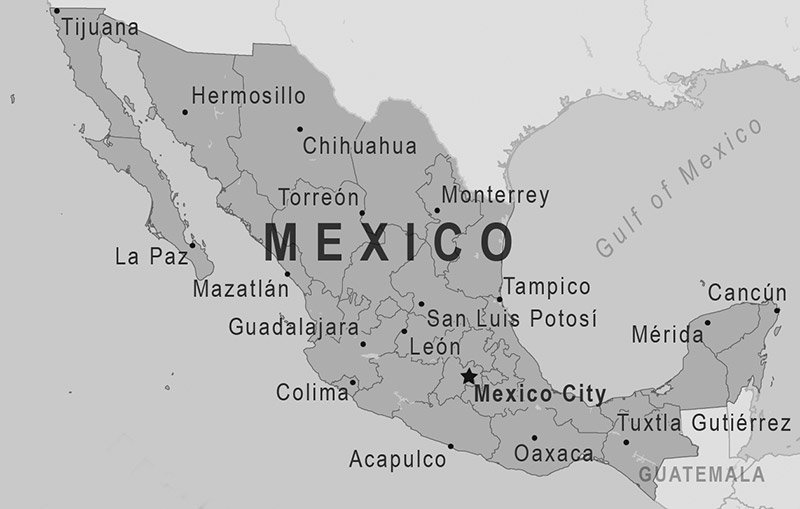 With about 1100 species (around 100 of which are endemic), Mexico is home to an impressive diversity of birds. More than that, it hosts incredible numbers of birds, especially in boreal winter, when millions of Neotropical migrant songbirds, shorebirds, and waterfowl join the local residents.

But why such a rich avifauna? Mexico sits at a major ecological crossroads, where the temperate north meets the tropical. But much more than that, the region’s rugged terrain (and gaps in it, such as at the Isthmus of Tehuantepec) in combination with both cold and warm seas create deserts in rainshadows, cloudforests on windward slopes, and many other isolated islands of habitat that function as evolutionary playgrounds for speciation. In particular, the region is the world’s center of diversity for a number of bird groups, including motmots (7 species), vireos (26 species), wrens (29 species), jays (21 species), mimids (17 species), New World warblers (67 species), New World sparrows (62 species), and New World orioles (16 species). This diversity extends to many other biological groups, such as cycads (Cycadophyta), oaks (Quercus), and pines (Pinus).

Highlands dominate the region. Between and surrounding these are various low valleys, coastal plains, and high plateaus. Perhaps the most important biogeographical feature of the region is the Isthmus of Tehuantepec, a low, narrow neck of land joining most of Mexico with the Yucatán peninsula, Chiapas, and Central America. While the Isthmus has an east-west orientation, biogeographically its low Chivela Pass serves as a north-south barrier to gene flow in highland species, so you will often see references to “south/north of the Isthmus” when describing species distributions. Species pairs separated by the Isthmus of Tehuantepec include Pink-headed/Red warblers and Blue/Blue-and-white mockingbirds.

The ABA gratefully acknowledges the contributions of XXXX Regional Report Compiler XXXX to promoting knowledge and understanding about the birdlife of the continent.