Synopsis of the Problem

The Mexican Duck, Anas platyrhynchos diazi, was recognized as a full species (then A. diazi) until the American Ornithological Society (AOS; then AOU) merged it with the Mallard (AOU 1983), largely based on data from Hubbard (1977). However, recent genetic studies strongly suggest that the Mexican Duck should be returned to full species status (Kulikova et al. 2004, Banks 2010, Lavretsky et al. 2015). Investigators have also found that male Mexican Ducks can exhibit some “Mallard” traits (including green on crown, partial curl to central tail feathers, solid dark tail coverts, more reddish-brown breast). In the past, birds looking like male Mexican Ducks excepting some of these traits were typically considered Mallard x Mexican Duck hybrids. Based on recent evidence, such birds are quite likely Mexican Ducks, not hybrids. Of note, the phenotypic variation of female Mexican Ducks is poorly understood (though work to dene such is currently under way), so we do not currently understand how to reliably distinguish paler female Mexican Ducks from darker female Mallards.

The photos that follow are intended to provide a realistic overview of the challenge of identifying Mexican Ducks in the ABA Area. See Jack Bushong’s article for an analysis of when and where to look for Mexican Ducks—and what to look for. Both Bushong’s and the present analysis are drawn heavily from the authors’ experiences in Colorado, but the lessons apply broadly in the ABA Area.

Note: click the caption in each image to view image with caption full-screen 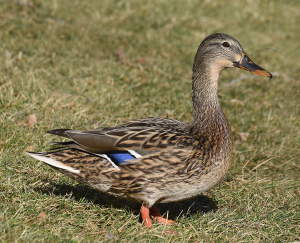 Fig. 1. Female Mallards are the usual standard for comparison when discussing Mexican Duck identification in Colorado and much of the U. S. This female Mallard has a paler body than that of a Mexican Duck, with very little, if any, contrast between the body and the neck. Other characters that mark the bird as a Mallard include the pale belly, the extensively white tail, and the rather broad white borders to the speculum. Few female (and no male) Mexican Ducks have well-defined black splotches on the bill, and probably none as extensive as on this bird. Greeley, Weld County, Colorado; Nov. 27, 2018. Photo by © Steven G. Mlodinow. 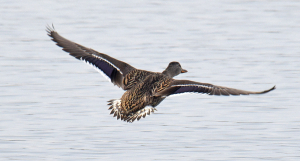 Fig. 2a. The female Mallard typically has a moderate amount of white on the tail and pronounced white borders to the speculum, with an important caveat: The tail can show rather limited white when the plumage is worn. Frederick, Weld County, Colorado; Dec. 19, 2019. Photo by © Steven G. Mlodinow.

Fig. 2b. These two Mexican Ducks show some of the variation in tail pattern and speculum within the species. Note that the white borders of the speculum on the righthand bird is probably within range of both the Mallard and the Mexican Duck, and thus would not help identification. San Pedro House, Arizona; Feb. 11, 2013. Photo by © Steven G. Mlodinow. 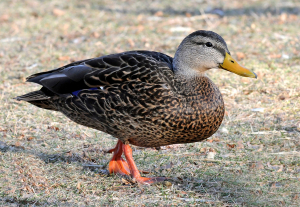 Fig. 3. This bird represents a “classic” male Mexican Duck. Key characters (compared with the female Mallard) include the uniformly dark body contrasting sharply with the paler head and neck, tail feathers with rather limited pale edging, and somewhat narrower white borders to the speculum. The bill color of male Mexican Ducks is often olive, but can also be rather bright yellow with a hint of orange; it always lacks the black splotching of female Mallards. Note that juvenile Mallards (seen in Colorado June–Sept.) can be rather dark-bodied and dark-tailed, and that they may show olive-colored bills. Pueblo, Pueblo County, Colorado; Jan. 1, 2012. Photo by © Steven G. Mlodinow. 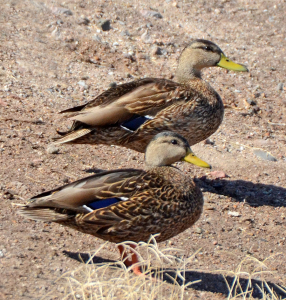 Fig. 4. These two male Mexican Ducks were photographed within the species’ expected range in the ABA Area. The lower male is a standard Mexican Duck, with the possible exception of a slight green tinge to crown. The upper male, however, has a bit of upward curve to the central tail feathers. Birds that look like “typical” male Mexican Ducks but have a hint of male Mallard features (such as greenish tinge to crown and modest curl to central tail feathers) could be Mexican Ducks and not the result of hybridization. Green Valley, Arizona; Feb. 4, 2013. Photo by © Steven G. Mlodinow. 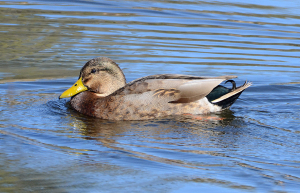 Fig. 5. As one might expect, Mallard x Mexican Duck hybrids have characters of both parental species. This male hybrid has the head of a male Mexican Duck, excepting that the crown and eyeline are tinged green. The body pattern is much like that of a male Mallard, but somewhat faded, with a scattering of brown feathers like those of a Mexican Duck. The white tail and black tail coverts are classic Mallard. Peña Blanca Lake, Arizona; Jan. 20, 2015. Photo by © Steven G. Mlodinow. 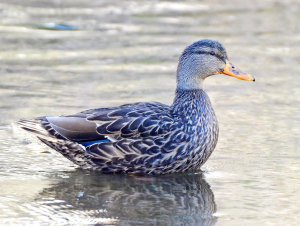 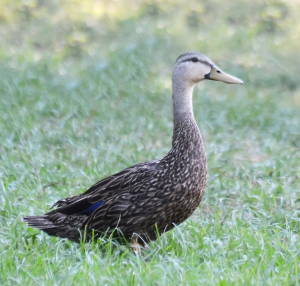 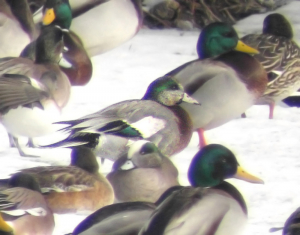 Fig. 8. This American Wigeon x Mallard hybrid shows obvious characters of both parents. The body looks like that of a Mallard, the head is like that of a wigeon, and the bill is colored like an odd blend of a Mallard’s yellow with the blue–gray of an American Wigeon. The white wing coverts come from the wigeon parent, as does the long tail, but the upward curve to the tail shows Mallard influence. Note that hybrid ducks sometimes show characters not found in either parent and that hybrid ducks very rarely look like one parent with a few hints of some other species. Prospect Ponds Natural Area, Larimer County, Colorado; Jan. 27, 2007. Photo by © Steven G. Mlodinow. 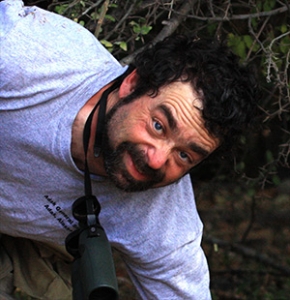 Long-time birder Steven G. Mlodinow is an expert on vagrancy, geographic variation, and field identification. He is the author or coauthor of several bird books and many journal articles. Steve’s current fixation is exploring the avifauna of rarely birded places in his home state of Colorado, as well as in neighboring Nebraska.