How to Know the Birds: No. 42, Five Thousand Straight Days of eBirding

How to Know the Birds: No. 42, Five Thousand Straight Days of eBirding

I went birding this morning. On the face of it, those are probably the least shocking five words to have come across my lips in the 40+ years I’ve been noticing and wondering about birds. So let me expand a little bit on that statement: 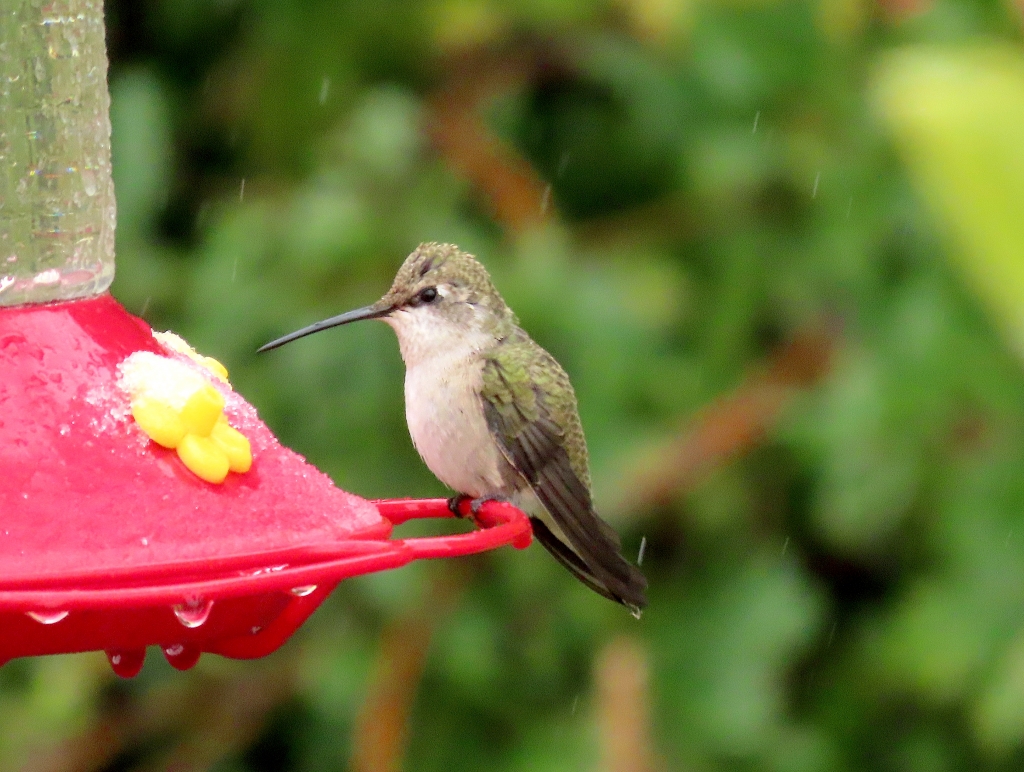 I eBirded the hummingbird sighting. Of course. Another utterly prosaic five-word utterance for the 2020s. I eBirded everything else I saw out there, Traveling Count protocol, 1.8 miles (not including backtrack distance), 88 minutes total. Nothing particularly exceptional about my checklist. Except this:

As of today, Tues., Sept. 8, 2020, I have submitted at least one complete eBird checklist per day every single day since Mon., Jan. 1, 2007, a run of 5,000 straight days. Why? How come? What has motivated me to do this? I’m going to rattle off four explanations that don’t really answer the question, and then I’ll reveal what I think is the definitive answer. Here goes:

• It’s an OCD thing. A physician friend of mine advised me years ago that clinical obsessive–compulsive disorder isn’t funny. “You definitely don’t have it, you’re perfectly normal [at least in this regard], and you shouldn’t joke about it.” I respect that. And I’m grateful for the rebuke. I’m just really into birding, the way my son is really into mountain biking. (This past weekend, my son had to lie about the number of hours he’d spent exercising of late; the online P. E. teacher would never believe the number, so my son revised the total downward.)

• It’s all about the competition. Huh? With whom? eBird doesn’t report a consecutive-days leader board, so I have no way of knowing how I rank. But even if I did, that’s not the point. eBirding is “competitive” in the same sense that being a vegetarian or learning Persian is “competitive.” The ABA Area would be better, all things considered, with more vegetarians, more speakers of Persian, and more eBirders. I just can’t wrap my mind around the idea of eBirding as competitive, and, sorry, I come up just as flat with the idea of birding itself as competitive.

• It’s good for mind and body. Back on Jan. 1, 2007, when I started the streak, I would have scoffed at the idea. I was in my 30s, faster and fleeter than I am now. I’m in my 50s now, in a little house with teenagers enrolled in at-home public schooling because of the pandemic. We’re getting along okay, but I suspect my physician friend would urge me to take seriously the psychological and physical strains of life in the pandemic—and of being a quinquagenarian even in the best of times. I think it was a good thing, a healthy thing, that I went out this morning in the snow and saw a hummingbird.

• It makes you a better birder. That’s unquestionably the case. I’ve heard a lot of strange things said about eBird over the years, but the strangest by far is that eBird is somehow bad for birding. I’ve become more accurate, more precise, more disciplined, more attentive, and more knowledgeable during the 5,000 days I’ve been eBirding. If eBirding is bad for your birding, then working out and taking shots is bad for your basketball game, and practicing scales and arpeggios and études is bad for your piano playing.

So being an eBirder isn’t about abnormal psychology or competitiveness, and it’s not even primarily about wellness and skill building—although those latter two are important. For me, eBirding is most importantly about this:

• It’s all about the real world, it’s all about facts and data, it’s ultimately all about the truth. My sighting this morning of a black-chinned hummingbird was a datum, which must, on first blush, seem a rather cold assessment. But bear with me, please. We’re going somewhere with this.

Yes, the black-chinned hummingbird at the feeder in the snow this morning was, in some sense, a mere datum, but she was also a participant in the grander drama—equal parts intriguing and gratifying and troubling—of her species’ rapid expansion in the region. Population growth in black-chinned hummingbirds is due in large part to anthropogenic factors, and it is essential for scientists and policymakers to have data, in the form of georeferenced bird sightings, for the species.

When I go birding, and in particular when I go eBirding, I am part of something bigger. I can’t imagine something as dissatisfying as “just” birding. No, I have a need, a very real need, to go birding in a human context. So do you. Maybe you don’t eBird. Maybe you’re downright disdainful of eBird. Nevertheless, you go birding in context: to create knowledge, to generate awareness, to promote wonder and joy. It’s impossible to see a black-chinned hummingbird, a first-fall female no less, in a freak summer snowstorm and simply shrug it off. No, you have to do something about with that knowledge, that discovery, that awesomeness.

A reporter asked me earlier this year if there’s some sort of “truth universal” about birding, some precept or doctrine that unites all of birderdom. It was a great question, it caught me off guard, and I fumbled my way through a response. So let me try again. Here goes:

• Yes, there is a unifying principle: Every birder wants to get it right. Sure, we all make mistakes. Lord knows, I’ve made thousands. But whether we’re world travelers or feeder watchers, research scientists or unabashed hobbyists, we’re all about facts, data, and evidence. We debate and disagree about big things (carbon offsets, systemic racism) and little things (taxonomy, nomenclature), that’s for sure, but we’re all seekers of the truth. Birds are real. We affirm that truth, we own that truth, we are that truth.

Ours is a post-truth world, some say, a place where “alternative facts” vie with real ones. We birders, as different from one another as we might otherwise be, reject that fallacy. Climate change is not a conspiracy theory, and COVID-19 is not a hoax. I can’t believe I have to say this, but: Species evolve, the Earth is round, and it revolves around the Sun.

Somewhere out there, a tiny black-chinned hummingbird is managing, best she can, in an anomalous September snowstorm. She’s an inspiration. Her story is heartwarming. I’ll never forget locking eyes with her as we stood mere meters apart at that feeder. And there’s something else: She’s a datum, and I make no apologies for that viewpoint. I exult in that truth. 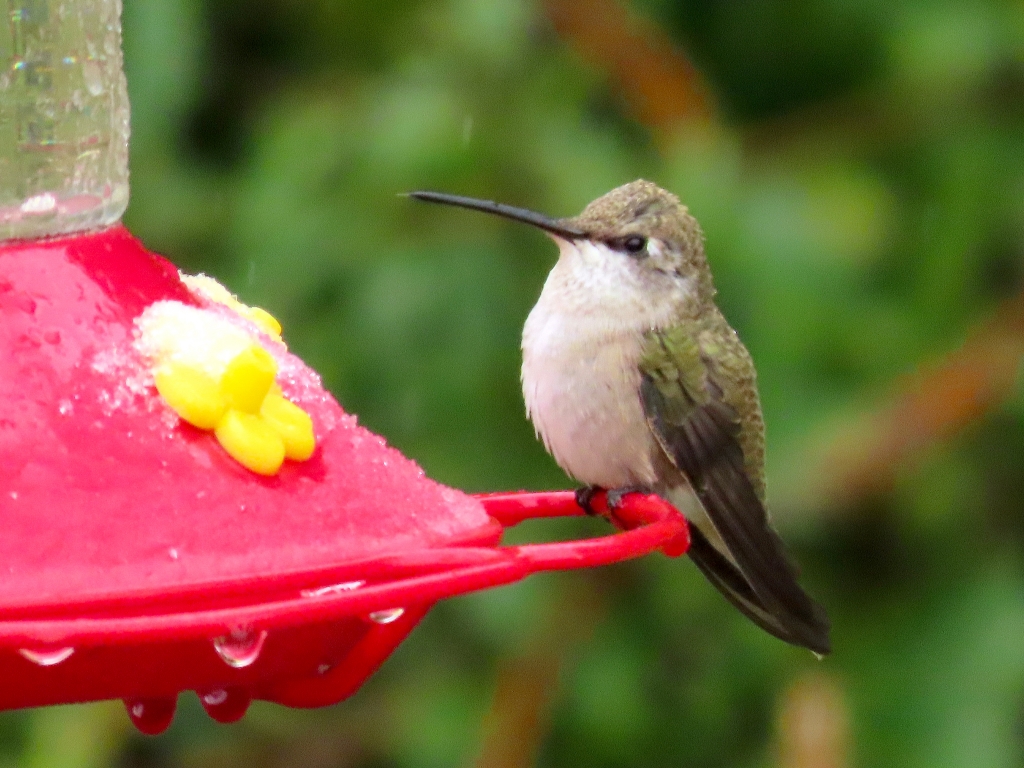 Seeing and taking note of a black-chinned hummingbird—or any other bird species—affirms a worldview, namely, that facts matter. We’re not “just” birding: Our actions, and our interactions, promote a greater good. Photo by © Ted Floyd.

The “Cal Ripken” of eBirders!

It’s certainly good for mind and body. I’ve always noticed birds… It’s likely been some how genetically passed down to me and I received it from both sides. From my paternal grandmother who always had a bird book in the sitting room where bird feeders hung outside the windows of her small Bethany, Missouri house. From my maternal grandfather who adored the Canada Goose and undoubtedly watched them descend on the fields and ponds that were surrounded by his nut orchard on a small farm in Dearborn, Missouri. As I was saying, I’ve always noticed birds… but it was staying… Read more »

Congrats on a great milestone. The ABA checklist has bird names capitalized. Why doesn’t the author capitalize the subject bird as Black-chinned Hummingbird? What is correct? Does it even really matter? I’m as OCD as the next person and I personally believe if the words are capitalized in official documentation, we should all abide by that standard.