How to Know the Birds: No. 4, Sagebrush Sparrows and the Subjective Experience of Rarity

How to Know the Birds: No. 4, Sagebrush Sparrows and the Subjective Experience of Rarity

The time is 9:43 a.m., the temperature in the upper 20s. But “it’s a dry cold.” The sky is completely clear, the sun surprisingly warm. I’m at one of my favorite places on Earth, the entrance to The Nature Conservancy’s Medano-Zapata Ranch: 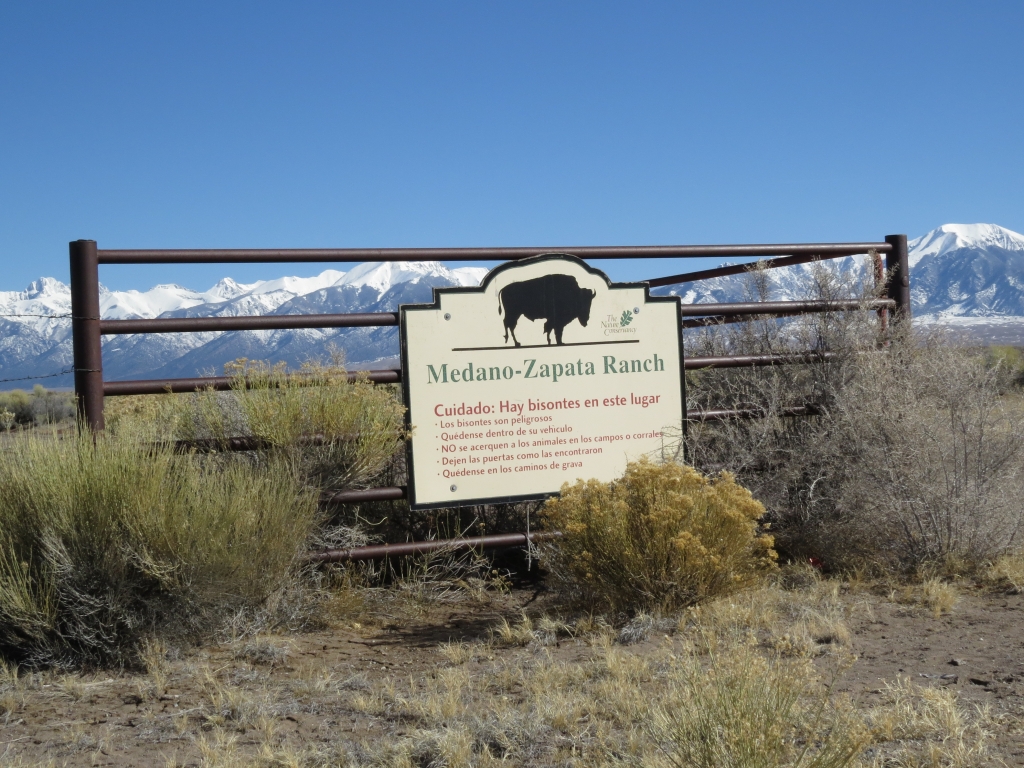 There are bison in this place, according to the sign, and they are dangerous. Plainly visible from my vantage point are the tallest sand dunes in North America, and, farther out, the jagged ridgeline of the Sangre de Cristo range, with an outlandish nine of its summits qualifying as “fourteeners.” I’m in the San Luis Valley, nearly the size of New Jersey, a mile and a half above sea level. This is a land of superlatives.

Yet I’m here, at this very instant in space and time, for a sparrow of all things. I close my eyes, feel the warm sun, and listen. For a little while, I hear absolutely nothing—no mechanical noises of any sort; no rustling of leaves or scurrying of little feet; not even a whisper of birdsong. Perfect quiet. Pete Dunne writes about being overwhelmed by the experience of utter silence, and in this place I understand his words.

Then I hear it. The song of the sagebrush sparrow, Artemisiospiza nevadensis. The bird is distant, and I know from previous experience that the song is weak and wimpy. But it carries well. I’ve endeavored to capture the experience with this short iPhone video:

A sagebrush sparrow sings at around the 3.5-sec. mark and again at the very end. And that’s it, the perfect essence of one of the most perfect birding experiences I can think of.

Sagebrush sparrows are the only sound you can hear at the entrance gate on still mornings in late winter. Okay, sure, sometimes you’ll hear a passing horned lark or common raven or a high-flying flock of sandhill cranes. But this is the domain of A. nevadensis, and it is decidedly possible to wander around the greasewood and rabbitbrush here and encounter nothing but sagebrush sparrows.

The sagebrush sparrow, many birders would say, is a rare bird. I know birders who’ve never laid eyes on the species. I know others who’ve seen exactly one—and I think that’s especially telling. This is the sort of bird you see precisely once: a vagrant perhaps, or a stakeout, a “lifer” or “state bird” to be ticked off. Except here, at the entrance gate, where the species attains what might be termed “theoretical maximum commonness”: n individuals of species x (n>0), 0 individuals of all other species. (In fact, the Shannon Index, a formulation from academic ecology, posits just such a hypothetical scenario.) The sagebrush sparrows of the Medano-Zapata Ranch are, in a mathematical sense, the equivalent of pigeons in Times Square or gulls at a landfill.

Ornithologist Kimball Garrett has railed over the years about the whole idea of the rara avis, the rare bird, for the inarguable reason that, with very few exceptions, every species is downright abundant somewhere in its range. That’s the lesson that’s affirmed for me this Saturday morning in the San Luis Valley.

The sparrows are typically skittish, and I can’t get particularly close to any of the songsters—teed up on the greasewood, I notice, rarely if ever on the rabbitbrush. I wonder why that is. Here’s one:

The tempo is steady, the notes pretty much on the same pitch. But the song is distinctive, jangling and metallic, unlike any other sparrow, or any other bird for that matter, in my home state of Colorado. There is tremendous value, I have discovered, in making recordings like this, even if they’re not all that good, and reviewing them later.

The singing sparrow drops to the sandy ground and scampers off, its tail cocked high. Sagebrush sparrows remind me of miniature roadrunners. I pick my way through the shrubs and come upon another sparrow, this one allowing reasonably close approach: 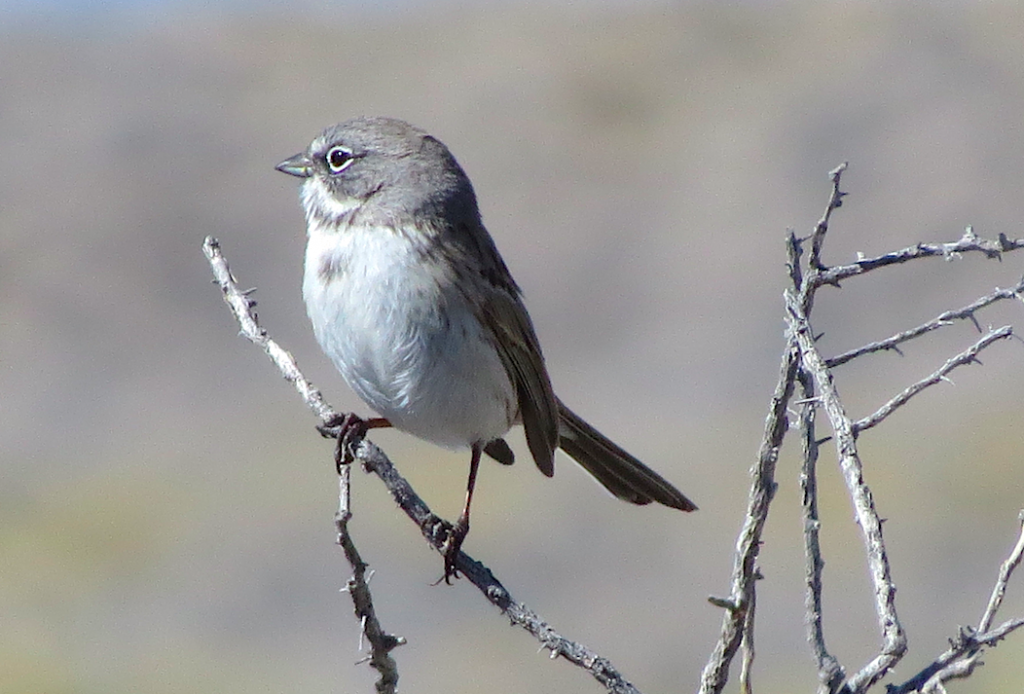 Photos are great, and I encourage all birders to acquire basic facility with a point-and-shoot camera like the one I use. (And to anticipate a possible objection: Good digital cameras are but a fraction of the price of a pair of high-end binoculars, and not even as costly as many mid-range bins.) Plus, almost all of them permit the user to make videos. Like this one, of the same sparrow:

Look at that tail! I said the sagebrush sparrow scoots across the desert like a roadrunner, and now I see how it pumps its tail like a pipit. Also, can you year the high call note? The song of the sagebrush sparrow is haunting, but this clipped, high chip is often your first clue that the bird is nearby.

We went to the fairly well known “Thrasher spot” outside Phoenix and found almost exclusively Sagebrush Sparrows and, of course, zero Thrashers. We even got coaching from another couple that came through and helped who claimed, “they are always here”. One of the joys of birding.

Spent an hour in the middle of the day in the grasslands east of Portal AZ (but in NM) watching flocks of black-throated and vesper sparrows and found 3 sagebrush sparrows to my delight. They are an expected component of winter birding in southern New Mexico and a delight to watch – I never thought of them as a miniature roadrunner but their cocked tails sure apply.