Colorado winter weather was mostly mild for 2020-2021 until February. From 12 Feb through the 16th, temperatures dropped significantly to zero Fahrenheit or lower. On the 14th, the high was 1 degree above zero and the low was 14 degrees below zero, both record values for the day. Denver also had some higher-than-average precipitation, getting 13.5 inches of snow. This was 7.8 inches higher than the normal 5.7 inches for the month. The 9.6 inches of snow the city saw from the 24th through the 25th was the greatest snowfall for the season in the Denver area.

This winter season in Colorado was highlighted by a returning Gyrfalcon in the Fort Collins area, multiple groups of Bohemian Waxwings in the Steamboat Springs area, and a number of Purple Finches throughout the state. A lone Snowy Owl was good for the season along with a Boreal Owl that pleasantly surprised birders near the town of Louviers. It was a great year for regular-but-rare gulls including many sightings of Glaucous-winged Gull, Glaucous Gull, and rarely reported hybrids such as Laughing x Ring-billed Gull and Herring x Lesser Black-backed Gull. Two different reports of Red-naped x Red-breasted Sapsucker were also of interest. Common Redpolls and Snow Buntings were more prevalent this year than in recent years past as well. Other rarities included a Canyon Towhee in Larimer Co; an Eastern Towhee in Logan Co; a Black-throated Blue Warbler in Pueblo Co; multiple reports of Palm and Pine warblers; and a long-staying Summer Tanager in the Denver area.

Six reports of Snow Bunting were of interest, the rarest being one at Adobe Creek Res., Kiowa Co 4 Dec and one at Neegronda Res, Kiowa Co 11 Jan (Steven Mlodinow).  Black-throated Sparrows continue to be found in the winter months in areas that may have not previously been covered. Multiple birds were found in a variety of locations in the south-central part of the state with two at Higbee Cemetery, Otero Co 16 Jan (David Dowell); six at Higbee Valley Road, Otero Co 7 Feb (Joey Kellner), and four at Higbee Cemetery, Otero Co 4 Dec (Steven Mlodinow, Mark Peterson). Field Sparrows turned up with more frequency than in recent years with a total of 13 birds in seven locations within Baca, El Paso, Kiowa, Larimer, Otero, and Park Cos from 3 Dec–27 Jan (Doug Ward, m. ob.). Rare to the state, Golden-crowned Sparrow turned up in six locations, with reports from Boulder, Denver, Jefferson, Mesa, and Larimer Cos from 6 Dec–17 Feb (Mike Henwood, m. ob.). A Canyon Towhee was far north of its typical winter range and a first for Larimer Co in the winter months. One was at a private residence near Boedecker Lake, Larimer Co, 15 Dec–23 Feb (Greg Osland, m. ob.). An Eastern Towhee was at Prewitt Res., Logan Co, 23 Jan–28 Feb (David Dowell). As many as six Rusty Blackbirds were found in multiple locations in 13 counties, 1 Dec–28 Feb (m. ob.). 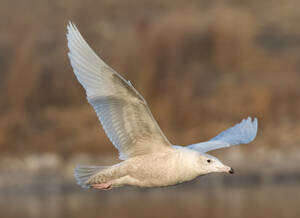 Numerous Glaucous Gull sightings were noted this season, including this one along the South Platte River in Adams Co, Colorado on 9 Feb 2021. Photo © Adam Vesely. 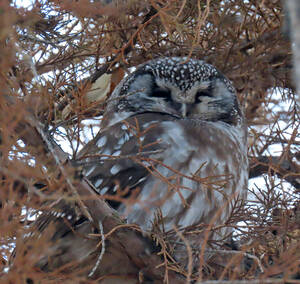 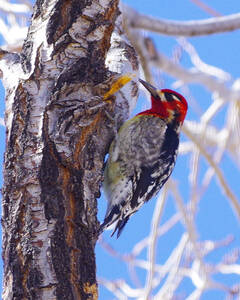 One of two Red-naped x Red-breasted Sapsuckers documented this season, this one was found at the Conquistador Golf Course area in Montezuma Co, Colorado on 7 Feb 2021. Photo © Brenda Wright. 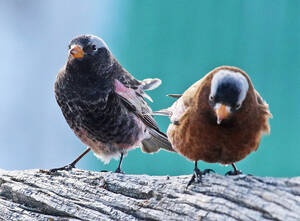 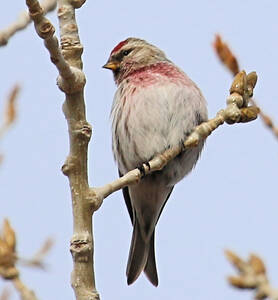 Common Redpolls were exceptionally abundant in Colorado this season, with reports from nine counties, including this one at Chatfield State Park in Jefferson Co on 16 Jan 2021. Photo © Joey Kellner. 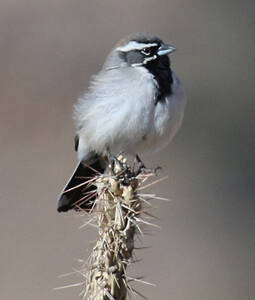 Black-throated Sparrow had not been seen in this area of Colorado in the winter until two years ago, where it has now been found each year after. This bird was one of six found on this day along Higbee Road in Otero Co on 7 Feb 2021. Photo © Joey Kellner. 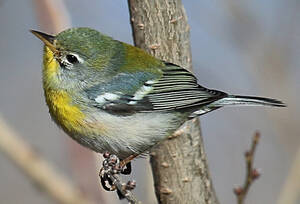 One of only two sightings of Northern Parula for the season in Colorado, this one was found below the dam at Chatfield State Park in Douglas Co, 6 Dec 2020. Photo © Joey Kellner. 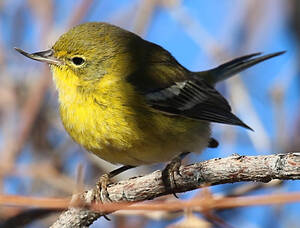