Colorado weather in December was warm and dry, with snow falling mostly in the high country. The exception to this was a late month snow storm that brought colder temperatures and 2.8 inches of snow to the Denver area on the 28th. January continued to be mild, with above average temperatures and below average precipitation. In contrast with December and January, February’s temperatures were colder with several storms producing more precipitation than the previous months. Snowfall was 16.5 inches, 10.8 inches above the average of 5.7 inches for the month.

The 2019-2020 winter season was highlighted by a number of interesting presumed hybrid combinations ranging from waterfowl and gulls, to passerines. Expected waterfowl were observed with the exception of a long staying Brant in the metro area. Winter shorebirds were prevalent with numerous Dunlins, Least Sandpipers, and Greater Yellowlegs sighted. Yellow-billed Loon sightings continue their increasingly annual trend. Multiple Pacific Wren sightings were good for the season, as well as numerous Winter Wrens. Two Carolina Wrens were a nice addition to the winter wren mix. A Snow Bunting delighted many observers in the Denver metro area with a week-long stay. The mild conditions earlier in the season may have contributed to the handful of winter warbler sightings reported.

It was a good year for Rusty Blackbird with as many as 20 observed at Pueblo Lake S.P., Pueblo Co. 1 -17 Dec (BKP). Other reports from Boulder, Douglas, Eagle, El Paso, Garfield, and Jefferson Co. from 1 Dec – 28 Feb. The high count of 20 at Pueblo Lake S.P. was the highest winter count since 2013 when 20 were also reported. A Black-and-white Warbler was a nice surprise in Grand Junction, Mesa Co. 7 Dec (Connee Moffatt). Common Yellowthroats were common this winter, which is not usually the case. Reports from six locations in Jefferson Co. and Pueblo Co. 1 – 24 Jan were noted. A continuing Yellow Warbler was rare at Pueblo Res., Pueblo Co. 1 Dec – 24 Jan (BKP, m.ob.). A Palm Warbler was cooperative for many observers at Pueblo Res.—Rock Canyon area to Valco pond, Pueblo Co. 19 Jan – 2 Feb (Mark Yaeger, m.ob.). A Pine Warbler was at Tamarack Ranch S.W.A., Logan Co. 12 – 15 Dec (Loch Kilpatrick et al.). Rare in the winter, two Wilson’s Warblers were discovered; one at Grand Junction Wildlife Area, Mesa Co. 27 Dec (Mike Henwood, Kathleen McGinley); and one at White Rocks Trail area, Boulder Co. 15 Dec (Christian Nunes). Western Tanager is rarely seen in winter, so two reports were of noteworthy: one at Bible & Hutchinson Parks, Denver Co. 8 Dec (Jason B. Bidgood) and one at Nature and Raptor Center of Pueblo, Pueblo Co. 2 Jan – 22 Feb (Chris Knight, Brandon K. Percival, m.ob.). The lone Rose-breasted Grosbeak of the season was at Little Dry Creek Trail, Arapahoe Co. 20 Jan (Mark Chavez).

Photos–Colorado: Winter 2019-2020
Hover or click on each image to read the caption. 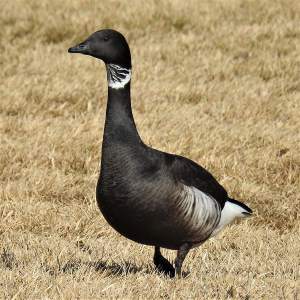 A lone Brant was seen for just over a month at Lake Arbor, Jefferson CO. 20 Dec – Jan 28. Photographed here on 6 Jan 2020. Photo by Chipper Phillips. 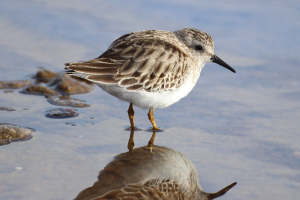 One of the many Least Sandpiper sightings this season was this photogenic individual at Valco Ponds near Lake Pueblo State Park, Pueblo Co. 26 Jan 2020. Photo by Kathy Mihm Dunning. 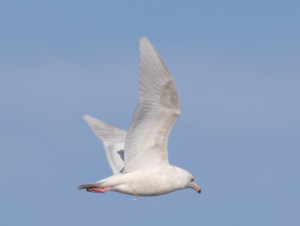 Glaucous Gulls were reported at multiple locations throughout the state. One of the many, was this one at Mann-Nyolt Lake, Adams Co. 18 Feb 2020. Photo by Adam Vesely. 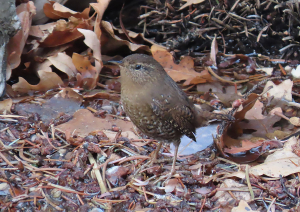 Rare for Colorado, this Pacific Wren was one of multiple sightings this season, found during a Christmas Bird Count at Palmer Loop, El Paso Co. 14 Dec 2019. Photo by Cody Ensanian. 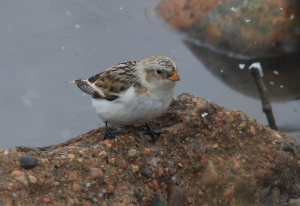 Rare for Colorado, and especially in the Denver Metro area, this Snow Bunting delighted many observers from 6 – 13 Feb, Jefferson Co.. Photographed here on 9 Feb 2020. Photo by Joey Kellner.