Welcome to Birding Online! Here is where all ABA members can access the extended online content from the June 2016 issue of Birding magazine. The complete issue, containing both print and online content, can be found online:

This issue’s cover features a stunning photo of a Double-Crested Cormorant by Mia McPherson. More of McPherson’s photography can be found on her website, On The Wing Photography. You can click here to see more of her photos of Double-crested Cormorants. 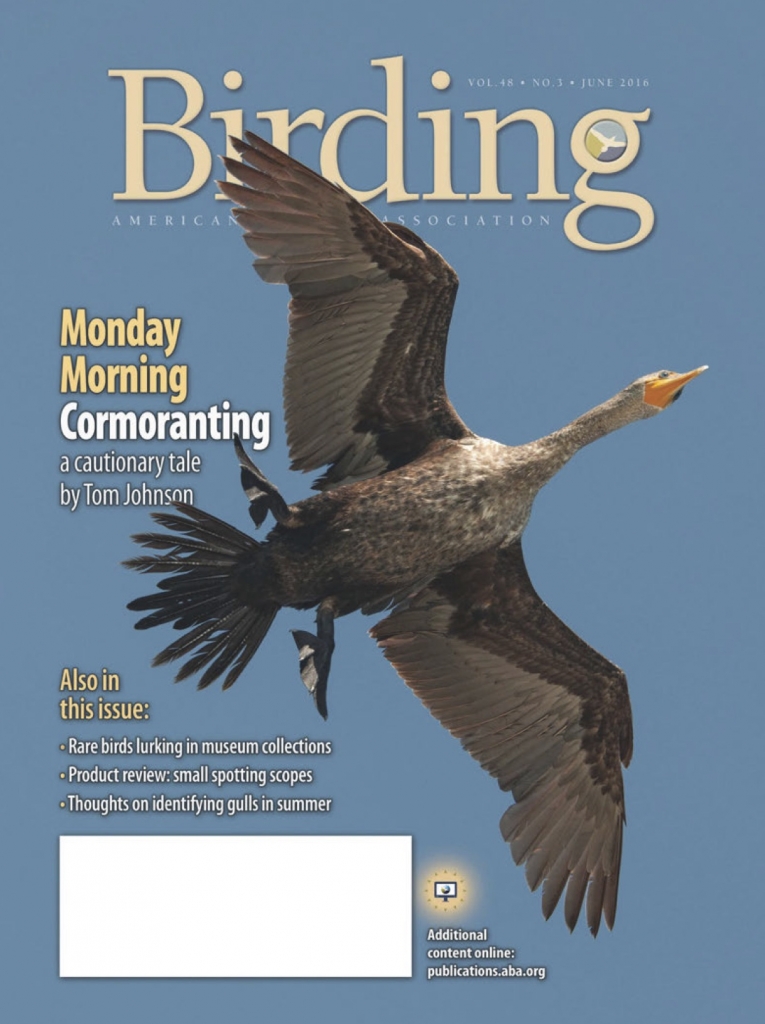 Moving on to the extended online content in this issue:

News and Notes Online. In this issue, Nick Minor compiles News and Notes for the first time. You can read about the plumage and gender variations of Ruffs and the many uses of territoriality in the print edition. Then, click here to read an extra online article on why young male Western Bluebirds might help their parents raise chicks rather than attempt to raise their own.

Featured Photo. This issue includes two photo quizzes. The first comes in the form of Tom Johnson’s Featured Photo. You can read Johnson’s analysis of the photo on page 56. You can also join the identification conversation and offer your own input on the ABA blog. 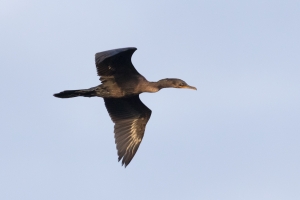 Gallery of gulls. The second photo quiz in this issue comes from Amar Ayyash, and it is a serious test of your gull identification skills. This photo quiz to end all photo quizzes can be found on the ABA blog, or in the online issue. You may find it helpful to read up on Ayyash’s gull tips, which begin a few pages earlier in the issue. Finally, if these gulls and the photographer behind them tickle your curiosity, you can also read Birding‘s interview with Ayyash.

Book Reviews. The ABA is proud to bring extended book reviews to members in two ways. You can read the reviews in their traditional format in the print and online issue. You can also read them on the ABA blog, where you can comment on them and discuss them with fellow members. This issue contains reviews from three very well-regarded members of the birding community: Donna Schulman (reviewing Cuckoo: Cheating by Nature by Nick Davies), Wayne Petersen (reviewing The Birds of New Hampshire by Allan R. Keith and Robert P. Fox), and Henry T. Armistead (reviewing DDT Wars by Charles F. Wurster).

If you’ve found your way to this website but aren’t an ABA member, take this as inspiration to become a member! Membership gives you access to this extended online content, contests, and more. You can join at aba.org/join/.