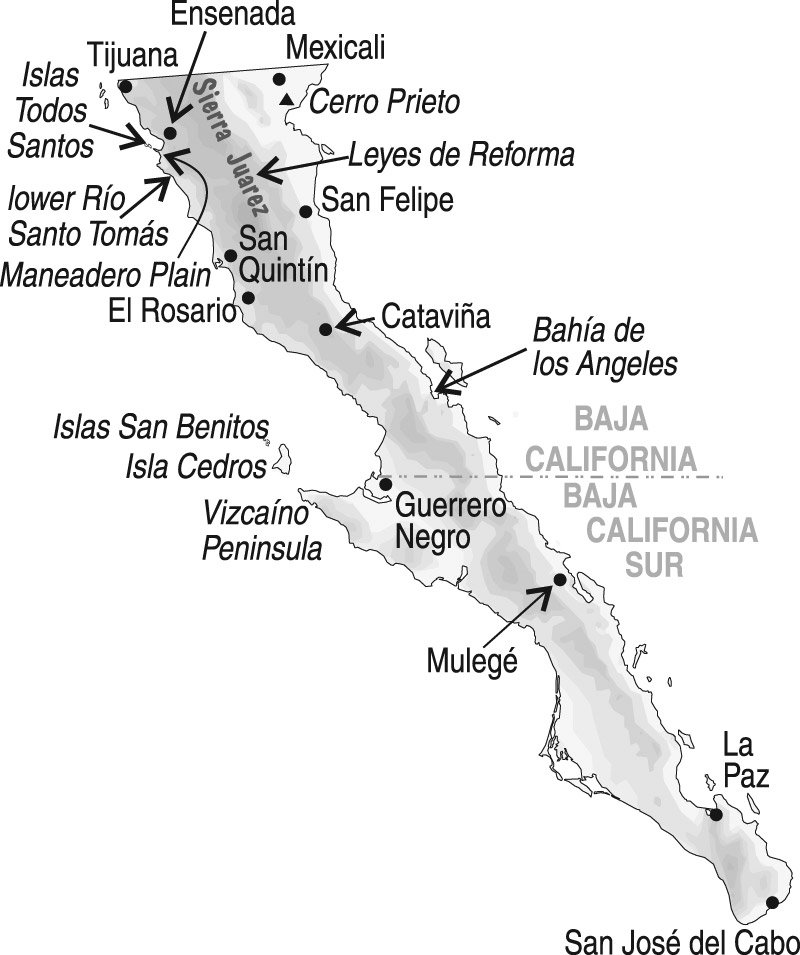 This region comprises the Mexican states of Baja California and Baja California Sur, and associated offshore waters. With one of the longest peninsulas in the world and numerous offshore islands, the coastline is extensive. Pacific Ocean waters cover most of the area but onshore this is primarily a desert region. However, a Mediterranean climate influences the northwest, high mountains are present in the north and south, and tropical thorn forest is present in the southeast. Vast wetlands remain in many coastal areas.

Historically, bird study was done mainly by researchers from north of the international border, who focused on matters such as endemism and island biogeography. Recreational birding, also mostly by outsiders, picked up around the turn of the century. The advent of eBird revolutionized the reporting of bird observations. Tourists now contribute an enormous amount of information each year, be it from the decks of cruise ships or from winter destinations around Los Cabos.

But more significant, there is a growing number of active local biologists and birders. Most are associated with centers of higher learning and government and non-government agency activity in the Ensenada, Mexicali, La Paz, and Los Cabos areas, rather than at the region’s principal metropolitan center in Tijuana. And much of their attention is given to conservation issues, especially concerning island birds.

With several endemic species, “California” and mountain exclusives, and vagrant species, the region contributes much to the already fabulously rich Mexican avifauna. The region’s 529 naturally occurring species recorded through 2019 were most recently summarized at North American Birds.

The ABA gratefully acknowledges the contributions of Baja California Peninsula Regional Report Compilers Richard A. Erickson, Gerardo Marrón, and Enrique D. Zamora-Hernández to promoting knowledge and understanding about the birdlife of the continent.