ABA-Leica Subadult Wheatears Take Flight for the Champions of the Flyway!

ABA-Leica Subadult Wheatears Take Flight for the Champions of the Flyway!

Anyone who has been present at a young birder camp, or perused the results of the ABA Young Birder of the Year Contest, or just generally come into any sort of contact with the young birder community can attest to just how much skill, talent, and potential is captured within it. It should therefore come as no surprise that the ABA’s young birders now have yet another feather in their cap (pardon the unintentional bird pun). For the first time ever, a contingent of young birders from the ABA Area will be headed to Israel to compete in the annual Champions of the Flyway bird race!
This all started when I, on an optimistic whim, sent a message to ABA Young Birder Liaison Jennie Duberstein, querying if it would be possible to form such a team. I honestly didn’t think I’d get very far. However, thanks to some phenomenal help from our sponsors at the ABA and Leica, the Subadult Wheatears (as the team is called) has now officially launched and I and my teammates, Johanna Beam and Marky Mutchler, will be headed to Israel in just about two months.

While of course we’re extremely excited to go birding in Israel, the actual competition is somewhat of a sideshow to the main goal of Champions of the Flyway: raising money for bird conservation. In particular, raising money to combat illegal bird poaching in the Mediterranean Basin. This year the money is headed to BirdLife Serbia (Društvo za zaštitu i proučavanje ptica Srbije) and BirdLife Croatia (BIOM), two organizations which are key to combating this problem in the Balkan Peninsula.
50,000 Common Quail are killed in Serbia and Croatia each year (often involving illegal use of playback lures), and the Balkans also have a huge problem with capture of songbirds for the pet trade. This latter issue is something I have had first-hand experience with while traveling in the region, and I am hugely excited to be able to do something about it. The Champions of the Flyway website has more information on the great conservation initiatives the money will support. 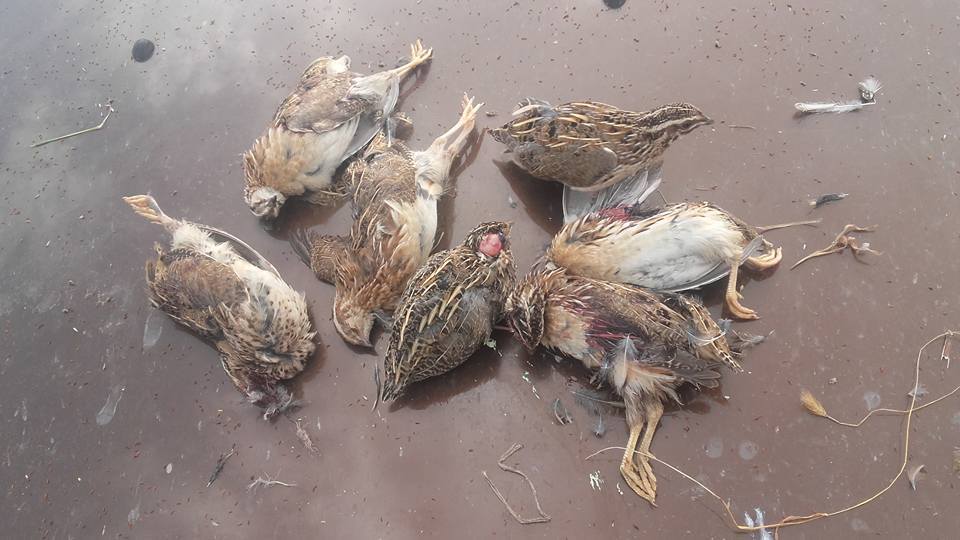 While the team has, of course, been studying hard in preparation for the big day, we’ve also been fundraising hard. So far, we’ve raised 44% of our fundraising goal: a total of $2,2445. This is an awesome start, but it’s just that: a start. Here’s where you come in! Every donation, no matter how small, gets us closer to our goal, and the closer we get, the more we can do to help protect the birds we all love.
Not only are your donations directly for bird conservation, but they also go indirectly to supporting to cause of young birders. What better way to make our impact as ABA Young Birders felt than by raising an enormous sum for bird conservation? And what better way to help young birders than helping to make sure that the next generation have birds to appreciate at all?
You can follow our team’s progress on:

About the Author: Aidan Place