Above: The handsome Bat Falcon seems to acknowledge its fans.

Sometimes an ABA Area first seems inevitable. The arrival of a Bat Falcon in south Texas has been predicted since the species went from rare to regular in Nuevo León. That its appearance had been foreseen made it no less exciting, however, when distant photos taken by Rebecca Gelerntner at Santa Ana NWR, Hidalgo Co, TX on 8 Dec 2021 were subsequently posted on iNaturalist and identified as the long-awaited ABA Area first. After going unreported for several more days, the bird was finally re-found at Santa Ana NWR on 18 Dec 2021 during the Santa Ana Christmas Bird Count, and it has been seen by hundreds of birders since. It continues as of 5 Jan 2022.

Above: Bat Falcon surveys its domain.

Bat Falcon’s range extends from northern Argentina to Mexico and has been expanding northward on both the Pacific and Gulf slopes of the latter. It is now regular as far north as Sinaloa on the Pacific slope, and on the Gulf slope it has become regular in Nuevo León in the last two decades. Prior to the discovery of the individual at Santa Ana NWR, the species appeared regularly as close to the south Texas border as Monterrey, Nuevo León, which lies about 150 miles west of and at the same latitude as Santa Ana NWR. 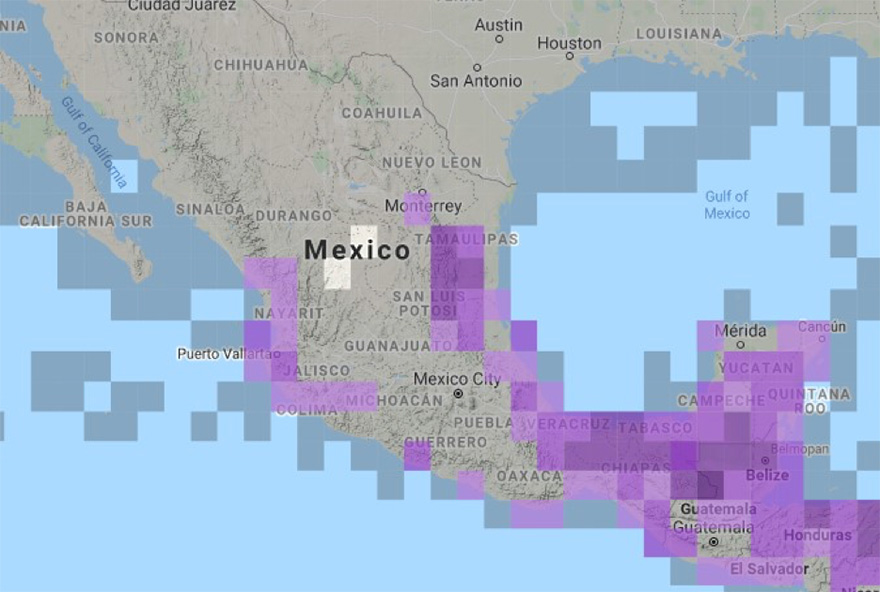 eBird range map of Bat Falcon (1900–2011) showing the species’s most northerly strongholds in Tamaulipas and, to a lesser extent, Nayarit. Map image provided by eBird and created 20 Dec 2021. 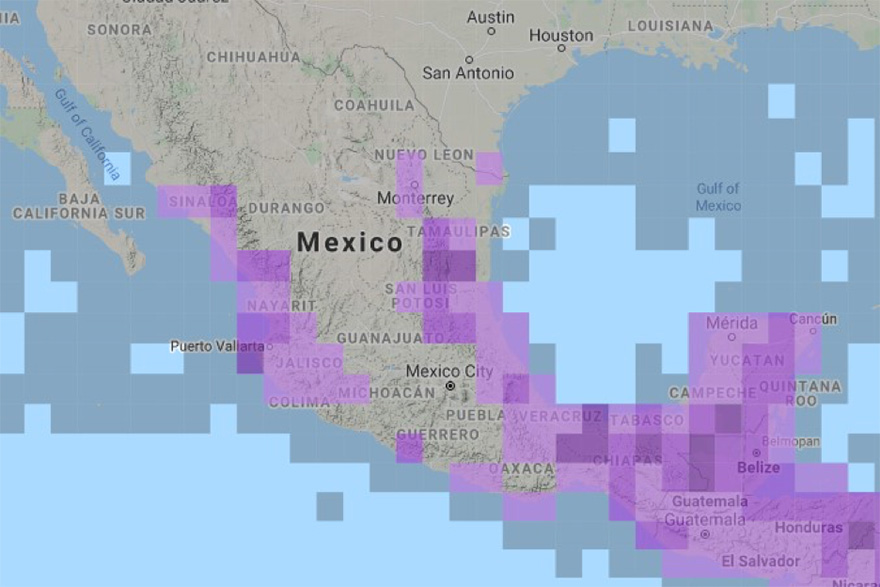 eBird range map of Bat Falcon (all years). Compared with the previous map showing records only through 2011, the further expansion into Nuevo León and Sinaloa over the past ten years is noticeable. So is the record from Texas. Map images provided by eBird and created 20 Dec 2021. 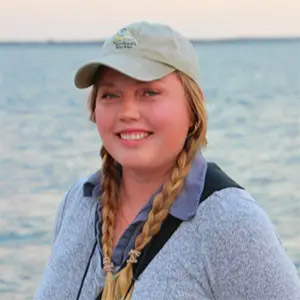