A Superflight of Finches in the East

A Superflight of Finches in the East

by Matthew A. Young and Ryan F. Mandelbaum

While this year has been a tough one for many of us, birders in the eastern United States and southeastern Canada are receiving a welcome surprise as we experience a banner year for irruptive boreal birds, including remarkable records and a “superflight” of finches. Typically, only some of the irruptive finch species found in the East will undergo an irruption, but in superflight years, the search for food will drive southward representatives from all eight species: Pine Siskin, Common Redpoll, Hoary Redpoll, Purple Finch, Pine Grosbeak, Evening Grosbeak, Red Crossbill, and White-winged Crossbill. This year, Red-breasted Nuthatches began the march in the early to mid-summer, ultimately ending up in Mexico, and then an enormous push of finches in late summer into fall began to show up at migratory hotspots like the Tadoussac Bird Observatory in Québec; the Higbee Beach Wildlife Management Area in Cape May, New Jersey; and Hawk Ridge in Duluth, Minnesota. By mid-fall, a Common Redpoll had shown up in Albuquerque, New Mexico; Evening Grosbeaks were spotted in the Florida Panhandle; Pine Siskins headed out over the ocean to Bermuda; and Hoary Redpolls visited Cleveland, Ohio.

Every year, birders wait eagerly for the Winter Finch Forecast, which is now compiled by Tyler Hoar after the legendary Ron Pittaway’s retirement. This forecast tracks Purple Finche, Evening Grosbeak, Pine Grosbeak, Pine Siskin, Red Crossbill, White-winged Crossbill, Common Redpoll, and Hoary Redpoll sightings, plus those of three irruptive non-finch passerines: Red-breasted Nuthatch, Bohemian Waxwing, and Blue Jay. These birds rely on masting cycles of trees in the cores of their ranges; entire populations of trees will synchronously produce millions seeds in some years but produce none in others. Rather like the prime-number-year emergences of cicadas, it is theorized that this is in order to blunt the impact of predation: in this case by squirrels. Irruptive passerine movements follow these masting cycles, and birders in the U.S. will usually not see many finches in years when there is food in the boreal forest. Southward movements correspond with years of mast failure, when these birds will rely on alternate foods, including ornamental plants and bird feeders. The latter are particularly popular with Pine Siskin, Purple Finch, Evening Grosbeak, and redpolls.

Fall 2020’s superflight corresponds with strongly favorable “winter-spring” 2020 breeding conditions. Spruces produced ample cones for White-winged Crossbills, Pine Siskins, and Type-10 Red Crossbills in northeastern North America, leading to high breeding success in the area. After the food supply was consumed, these birds headed southward into a heavy white pine crop in southern parts of the northeastern States. Meanwhile, Ontario and Québec are experiencing one of their most intense spruce budworm outbreaks since the one that peaked in the 1970s and 1980s; this year SOPFIM, Québec’s forest protection society against insects and diseases, had to scale back spraying operations due Covid-19, which led population booms in Evening Grosbeak, Purple Finch, and to a lesser extent, Pine Siskin and other finches.

Evening Grosbeaks are undergoing their largest irruption in more than 20 years. This past fall, birders may have noticed elevated numbers of Cape May, Bay-breasted, and Tennessee warblers in migration: these three species are linked to spruce budworm outbreaks. Common and Hoary redpolls are harder to study given their far-northerly habitats, which was compounded this year by Covid-19 preventing research. However, it’s likely that once these birds depleted a stock of bog birch seeds, they faced a dearth of white and yellow birch in the boreal forest and were forced even further south. This movement of Common Redpolls in the east is perhaps the largest in almost a decade. Meanwhile, “banding operations at Tadoussac[, Québec,] reported higher-than-average proportions of adult Pine Grosbeaks, hinting at breeding failure due to a lack of fruit.” (Pascal Côté, pers, comm.) Pine Grosbeaks are already being seen in southern New York and Connecticut.

Oct–Nov 2020 eBird maps for each of the eastern irruptive finches. Images provided by eBird and created 1 Dec 2020.

As noted in last month’s Field Ornithology article by Alec Hopping, the West is also getting in on some of the irruption fun, and The Finch Research Network continues to report about which species are moving where and when. Pine Siskins have moved south on a broadly continental front, and White-winged Crossbills and Common Redpolls have now started to move into the northwestern and southern Rockies states, in addition to the eastern states. Lawrence’s Goldfinches have moved into the southwestern states including Texas, and Cassin’s Finches have irrupted east out onto the plains, with one individual becoming a first state record in Michigan. Type-1 Evening Grosbeaks have irrupted into parts of the West, including Texas, and Type-2 Red Crossbills, which are largely found in interior parts of North America, are being found in perhaps unprecedented numbers along the West Coast.

There’s still a lot of mystery to these irruptions due to the inaccessibility of boreal habitats, so winter offers the best opportunity for most North American birders to appreciate and study these visitors. If you come across Red Crossbills or Evening Grosbeaks, please try to grab audio recordings and upload them to eBird: this helps us determine which “Type” they belong to. Meanwhile, the Finch Research Network will continue to analyze these finches and their movements to produce even better Winter Finch Forecasts (with hope, including western North America) and raise awareness of finch movements overall. 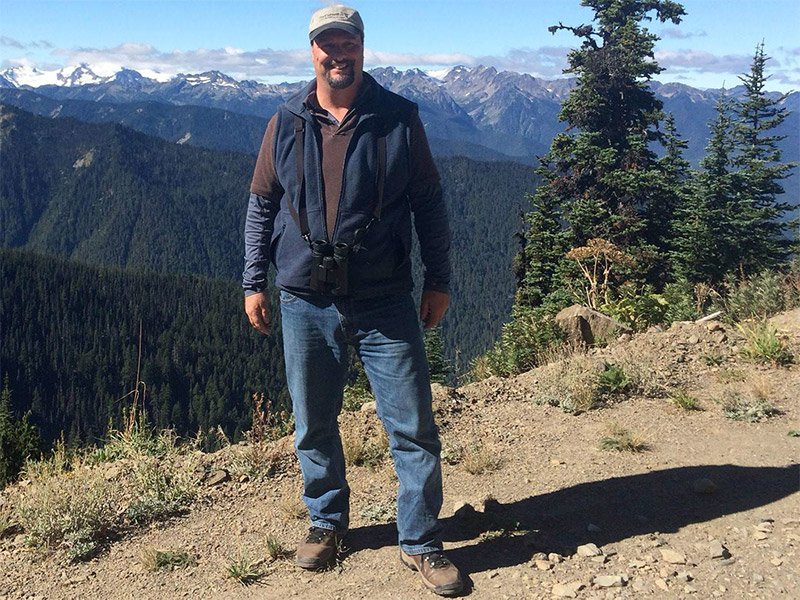 Matthew A. Young is a researcher, conservationist, and educator who specializes in finches, warblers, and orchids. He’s an instructor at Cornell University, worked at the Cornell Lab of Ornithology across 15 years as a field technician and collections management leader at the Macaulay Library; has published several papers about finches, especially the Red Crossbill vocal complex; and is president and founder of the nonprofit Finch Research Network (FiRN). In summer Matt can often be found in bogs and fens looking for orchids, and in winter in wilderness areas recording crossbills or searching for finches. He can be contacted at info@finchnetwork.org or may6@cornell.edu 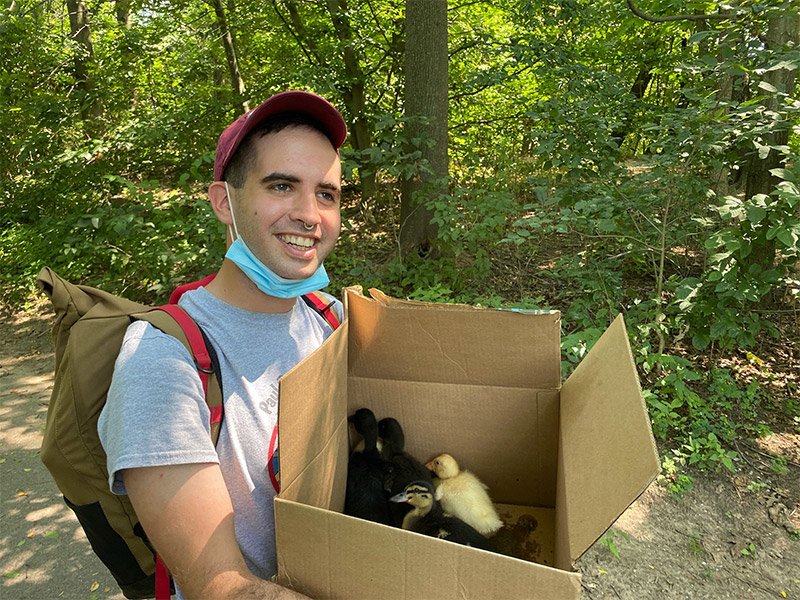 Ryan F. Mandelbaum is a science writer who specializes in quantum physics and birds. Ryan’s work has appeared in Audubon magazine, The Washington Post, The Atlantic, Scientific American, Popular Science. They also started the Birdmodo column about birds and birdwatching at Gizmodo. These days, you can find them writing about quantum physics for the IBM Quantum and Qiskit team or in Brooklyn’s farthest reaches looking for avian photo subjects. Ryan can be contacted at ryan.f.mandelbaum@gmail.com

Quebec was the host of the beautiful irruptive superflights
Magical no other words.

Stock up on seeds, wishing every home bird watcher , lots to watch.
Take care
And thanks for the brunch!