On behalf of the ABA Board of Directors and staff, the ABA Awards Committee is delighted to announce the winners of the 2022 ABA Awards. This year, the ABA Awards Committee is happy to recognize one recipient of the ABA Lifetime Achievement Award, also called “The Tropicbird,” one recipient of the Award for Conservation and Education, and two recipients of the Award for Distinguished Service. ABA Awards are given to birders who have done exceptional work in promoting the cause of birding. The ABA appreciates and celebrates their tremendous efforts and talents. Awardees will be featured on an episode of the American Birding Podcast at a later date. 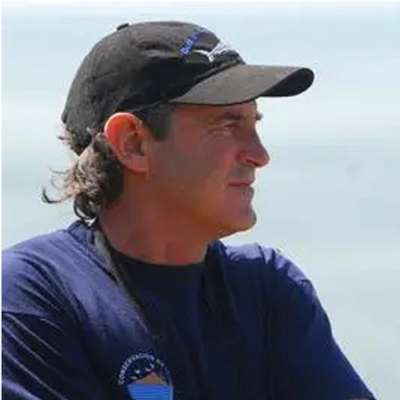 Peter Pyle is probably best known in the birding community for his two-part Identification Guide to North American Birds—the “bible” for bird banders and an essential resource for museum researchers, field biologists, and serious birders. This guide details criteria for aging and sexing birds, as well as listing specific geographic differences and ranges of subspecies. Although primarily intended for researchers, the information is also invaluable to the birding community, especially for providing key information for identifying difficult-to-separate species and subspecies.

Throughout his lifetime, Peter has shared his expert knowledge with banders and birders of all experience levels and has mentored countless ornithologists now based throughout the world. He has authored or co-authored more than 200 peer-reviewed papers, four books, and a monograph of the birds of Hawaii. In 2011, Peter described a new species of shearwater, which he named after his grandfather. He is currently Editor for the “Appearance” sections of the Birds of the World Online series.

Peter has been an important contributor to the ABA, as well. He regularly contributes articles to ABA publications and is Editorial Consultant to Birding; several of his recent Birding articles have been coauthored with teen birders. Peter is Chair of the ABA Checklist Committee. He was central to the effort to update the Checklist when the ABA expanded its area to include Hawaii.

In addition to his work with birds, Peter is also a renowned expert in marine ecology, including sharks. He was a biologist on the Farallon Islands from 1985 to 2003, and his work there has been featured in documentaries and news features. He is a research associate with the California Academy of Sciences and the Bishop Museum in Hawaii, and has been associated with the Institute for Bird Populations since 1996.

On top of his academic and professional accomplishments, Peter generously shares his time with conservation and scientific organizations. He encourages young ornithologists to hone their skills and guides them to work in geographic areas where they can flourish. He has promoted bird monitoring throughout the Neotropics and the South Pacific.

Peter was recipient of the ABA’s Ludlow Griscom Award, now known as the ABA Award for Outstanding Contributions in Regional Ornithology, in 2001. 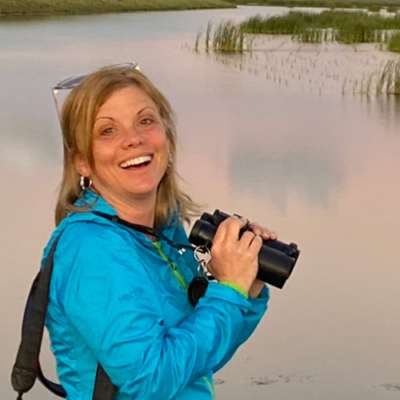 Holly Merker is a force for conservation education and conservation action throughout the mid-Atlantic region she calls home and throughout the ABA Area. Holly is well known for her many years of leadership with the internationally renowned, Maine-based Hog Island Audubon Camp. She has also garnered considerable praise for Ornitherapy (2021, with Richard Crossley and Sophie Crossley), an already influential book on the value of birds and nature for nourishing “body, mind, and soul.”

Holly’s contributions to the ABA are many. She is Director of the ABA’s Camp Delaware Bay for teen birders, she was a member of the Recording Standards and Ethics Committee, and she served on the task force that revised the association’s Code of Birding Ethics. Holly delights in sharing her expertise on regional bird distribution. She is a longtime eBird state coordinator and former Chair of the Pennsylvania Ornithological Records Committee.

Holly has participated in many avian population-monitoring projects, and is actively involved with multiple birding clubs, including one she helped start for the local elementary school. Her passion for studying raptor migration is expressed annually as a volunteer hawk counter for both Hawk Mountain Sanctuary and the Rose Tree Park Hawkwatch in Pennsylvania.

Holly’s skillset in connecting people with birds is universally praised—by the scores of young people who draw inspiration from her, as well as by leaders in the birding community. In everything she does, Holly’s actions and optimism are rooted in the conviction that bird observation and study serve therapeutic purposes in times of duress. 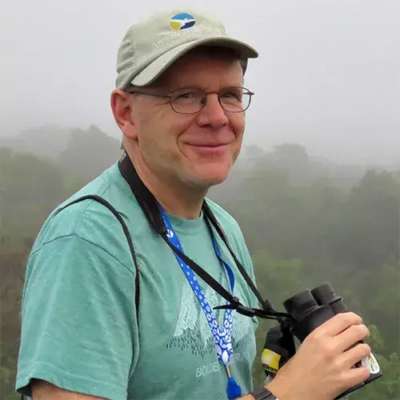 It’s almost impossible to imagine the ABA and Birding magazine without Ted Floyd. Ted has served as Editor of Birding for two decades and produced over 100 issues of Birding. Throughout his long and ongoing tenure, Birding has consistently published the highest quality birding articles, covering topics ranging from field identification to bird conservation to ornithology news to birding gear and more. Birding readers have routinely been rewarded with the best bird media in magazine form in all the birding world. As print media has struggled, Birding magazine has thrived, consistently delivering the best content to ABA members.

Ted’s contributions to the ABA’s body of work hardly stop there. His dozens if not hundreds of blog posts and web articles are a signature component of the ABA’s web offerings, and his public lectures, frequent media appearances, and successful books have given the ABA additional and beneficial exposure. Ted’s many successes, even those distinct from his direct work for the ABA, have always been the ABA’s successes too.

Among Ted’s most lasting contributions to the ABA and the birding world are the uncountable hours he has spent mentoring the dozens of young birders who have passed through the ABA’s young birder programs, many of whom have gone on to lead careers in birding and ornithology. One of the longest serving members of the ABA staff and among the most recognizable faces in all of birding, Ted’s incomparable style of synthesizing his wide-ranging interests with his encyclopedic bird knowledge are a hallmark of ABA media. Ted’s influence in all areas of bird appreciation and nature study runs deep.

Through his wide-reaching and popular American Birding Podcast, Nate Swick has in many respects become the voice of the ABA and perhaps one of the most recognized voices in all the birding world. His excellent, thoughtful, and fun interviews cover a variety of topics of interest to birders and include popular recurring segments like This Month in Birding. The podcast is consistently among the most highly ranked podcasts in the competitive space of the nature podcasting sphere. Many birders have learned about the ABA through the podcast and cite it as the reason why they joined.

In addition to hosting weekly podcasts, Nate’s Rare Bird Alert summaries are something many birders look forward to on a weekly basis. And Nate’s weekly curation of the Flight Calls email newsletter keeps ABA members updated on the ABA’s most recent publications and developments within the organization. It’s not an exaggeration to say that Nate’s content gets birders through the workweek until they can bird on the weekends.

While birders experienced the stress and tragedy of COVID-19, Nate’s resolute work on the podcast as well as the innovative Virtual Bird Club brought birders together as the world adjusted to the changes brought on by the pandemic. Nate’s work on the podcast, social media, and various other forms of digital communication have been essential to the ABA’s success in harnessing new media opportunities to connect with birders everywhere. As if these achievements weren’t enough, Nate’s pun-laced podcast outros have to be just about the most recognized sign-off in all of birding.